Jed Wyatt Thanks Fans for Being 'Kind' After Hannah Brown Breakup

Jed Wyatt is “thankful” for how fans have treated him recently after his breakup with former Bachelorette Hannah Brown.

“Thankful for all the people who have been kind recently. You don’t go unnoticed. I love you guys,” the country singer, 25, captioned a photo of a sunset on his Instagram Story on Tuesday, September 3. 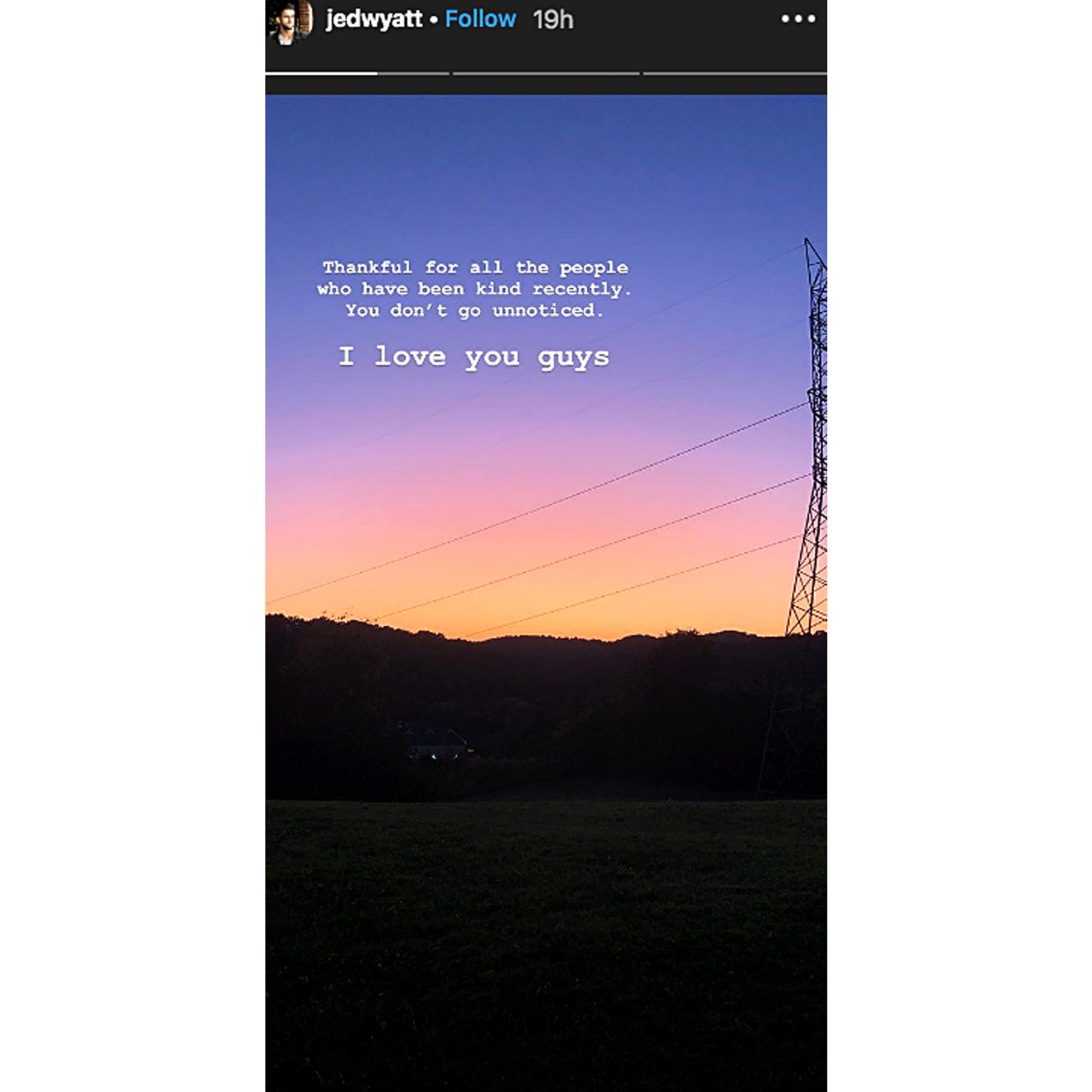 Wyatt’s post comes about a month after the season 15 finale of The Bachelorette, which saw him and Brown, 24, get engaged in Greece. The episode continued with the Miss Alabama USA 2018 calling off her engagement after news broke that the Nashville native had a girlfriend before going on her season. In her “After the Final Rose” interview with Chris Harrison, Brown confirmed that she and Wyatt had split.

“When that trust was broken, my feelings really just were broken with that,” she said to the musician. “I don’t love you like that anymore.”

Haley Stevens, Wyatt’s ex-girlfriend, told Us Weekly in June about how hurt she felt when the musician ghosted her after he returned from The Bachelorette. Stevens, who was texting Wyatt until the moment ABC producers took away his phone, claimed that the two had a mutual agreement to put their relationship “on hold” as the singer-songwriter went on The Bachelorette to promote his career. 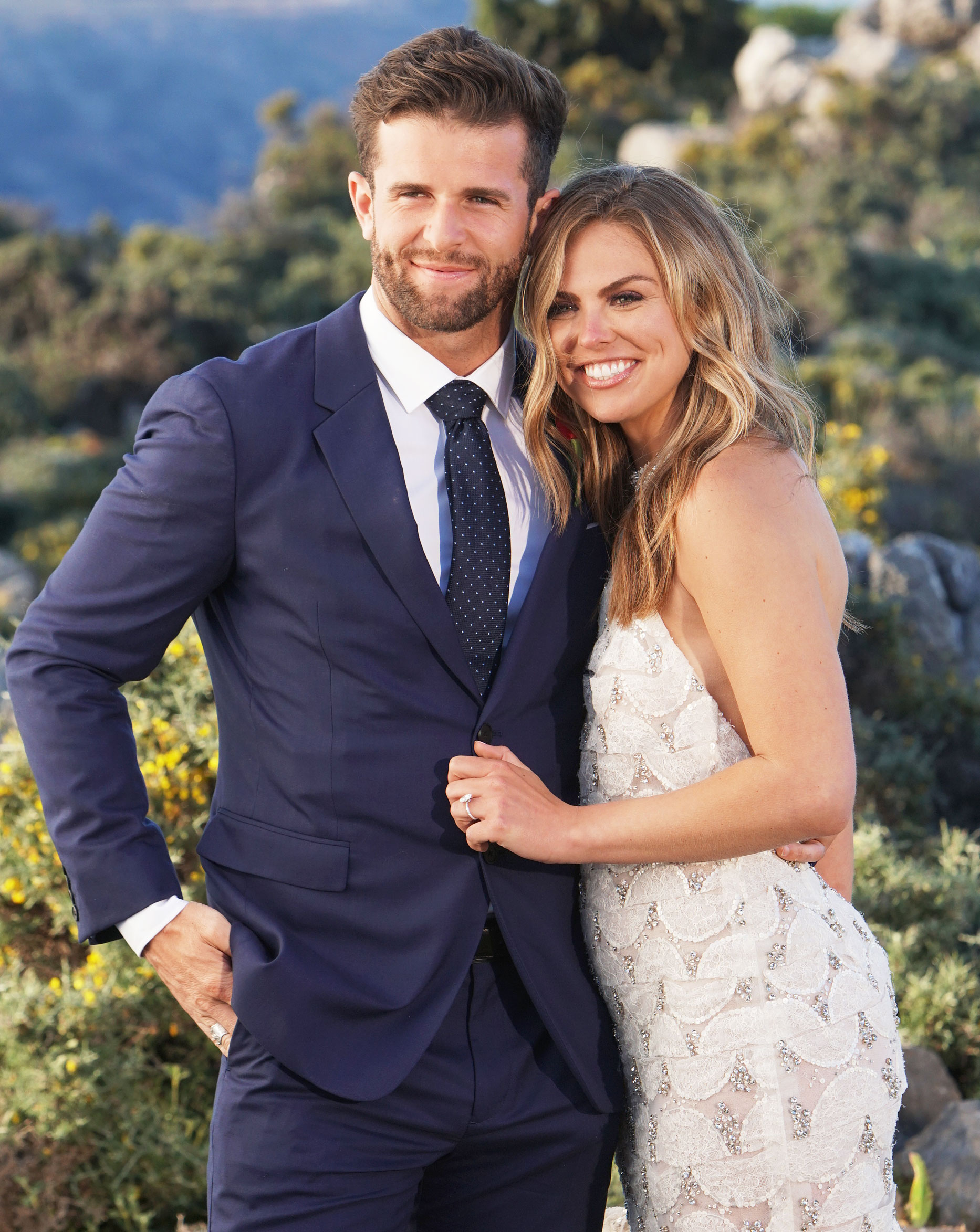 “As a fellow musician and as somebody that just loves this person, I’m like, ‘Why would I hold him back from this opportunity?’” she said at the time. “I know the premise of the show. Even though that’s not an ideal situation for our current relationship, when you’re not in it, it seems like a movie. It seems like it’s just a TV show. You don’t necessarily think about the fact that hearts are going to get involved, there are going to be feelings involved.”

“At that point I’m like, ‘OK, you’ve been home for two weeks. You have no explanation for me. What are you going to say that’s going to make me feel better or that’s going to change any of this?’” she said.

Brown, for her part, also doesn’t seem to have plans to reconcile with Wyatt. The Bachelor alum is one of 11 celebrity contestants on season 28 of Dancing With the Stars. She told Us in August about how she’s prioritizing the ABC dance competition over finding love.

“Not talking about relationships, I’m talking about my dance skills,” the reality star said. “I don’t think I can … nope, not there right now. I have blocked [romance] out right now.”

She continued, “I’m focusing on Hannah and working on continuing to get stronger and I’m excited for Dancing With the Stars to continue telling my story in a different way, and that doesn’t mean looking to find a partner. There’s more to Hannah than that.”