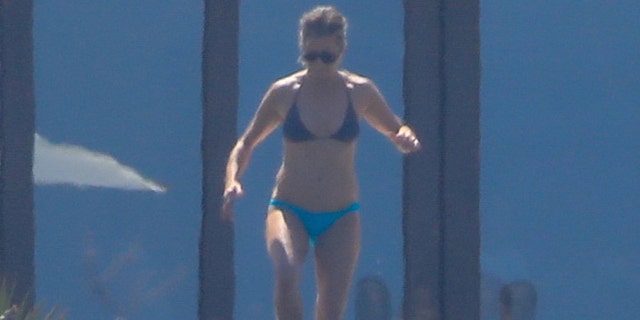 A few days before the trip, Cox posted a photo on social media with their other "Friends" co-star, Lisa Kudrow. “How lucky am I to celebrate my birthday with these two??? I love you girls. So much," she wrote.

Cabo is one of Aniston's favorite vacation destinations. In February, she celebrated her 50th birthday with a trip but plans were slightly delayed when her private jet lost its wheel and couldn't land.

Aniston is relaxing after a busy press tour promoting her latest movie on Netflix, "Murder Mystery," which just broke a streaming record.

The entertainer also has another TV series in the works, "The Morning Show" on Apple TV+, which co-stars Reese Witherspoon and Steve Carell.

She revealed on "The Talk" in mid-June that everyone on the set had a crush on Carell.

"He's like a silver fox now," Aniston explained. "And he just came in and no one expected, you know… everybody was so cute, and he's so shy and fantastic. He's just better with age, it's amazing."