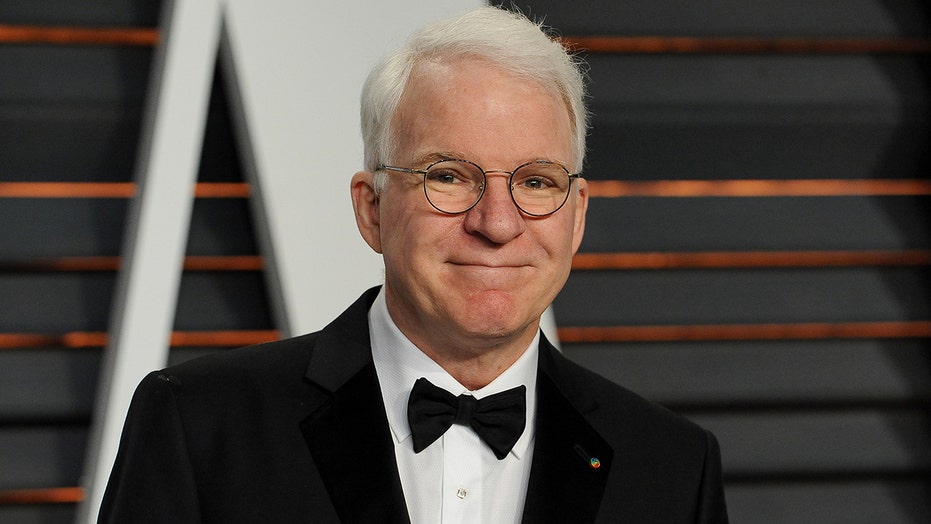 “Jeopardy!” has extended a warm invitation to Steve Martin.

The trivia competition show recently hosted the “Professor’s Tournament,” with the winner being sent on to compete in the coveted “Tournament of Champions.”

Last week, fans took note of a striking similarity between competitor Sam Buttrey, an associate professor at the Naval Postgraduate School, and Martin – especially after Buttery won the tournament, prompting a celebratory post on social media from “Jeopardy!,” featuring several pictures of the educator.

“We’re giving an A+ to Sam Buttrey for winning our first-ever #ProfessorsTournament!” read a message from the show’s official Twitter account. “We’ll see him in the next Tournament of Champions!”

Eventually, the “Cheaper by the Dozen” star, 76, caught wind of his doppelgänger taking the cake on the famed quiz show, and left a goofy reply.

“So great to split the prize money with Sam!” the comedian wrote. Buttrey took home a whopping $100,000 after his victory.

The jokes continued, however, after “Jeopardy!” took note of Martin’s reply and shot off one of their own, making it known that the actor is welcome to join the “Jeopardy!” family at any time.

“We would love to have you on Jeopardy! anytime, in any capacity!” read their response.

The exchange comes as “Jeopardy!” continues to seek out a full-time host to fill the shoes of late host Alex Trebek.

The backlash to Richards’ casting over his past behavior led to him being booted from the show, while famed champ Ken Jennings is now swapping hosting duties with Bialik until a new, full-time host is named.