Home » Celebrities » Jeremy Clarkson: ‘They’ll get over it’ The Grand Tour host responds to ‘disappointed’ fan

Jeremy Clarkson: ‘They’ll get over it’ The Grand Tour host responds to ‘disappointed’ fan

Jeremy Clarkson, 59, received a message on Twitter from someone stating they saw him at the weekend at Big Feastival.

But the person added he “disappointed” him and three young fans who wanted to say hi.

Along with a snap of the event, the person tweeted Jeremy: “Great weekend at the Big Feastival @alexjameshq farm weather was best ever shame about @JeremyClarkson smashing the rum down his neck and really disappointing 3 young fans who really wanted to say hi.”

Jeremy didn’t appear too bothered as he bluntly responded: “I’m sure they’ll get over it.”

I’m sure they’ll get over it

The fan wrote back: “@JeremyClarkson great attitude to have enjoy your life just proved the real you.”

However, Jeremy explained he was with his own children on the day and didn’t want to “waste” their time.

“Never hid it,” he said. “If I’m with my kids, I don’t waste their time by doing selfies for other people’s.”

Many of Jeremy’s fans supported his point of view with one person writing: “Good man Jeremy. Love it!”

Another said: “Haha brilliant. I’m also unapologetically selfish when I’m with my little girls. Nothing wrong with that.”

While a third added: “Fair play.” 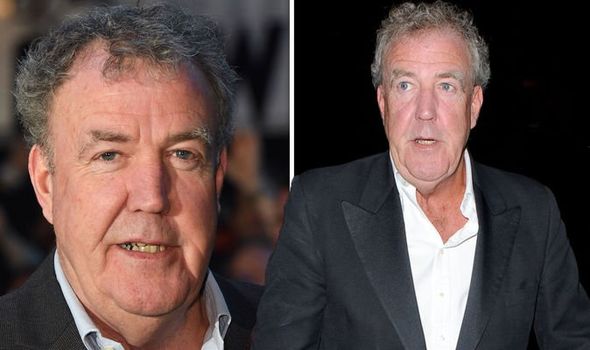 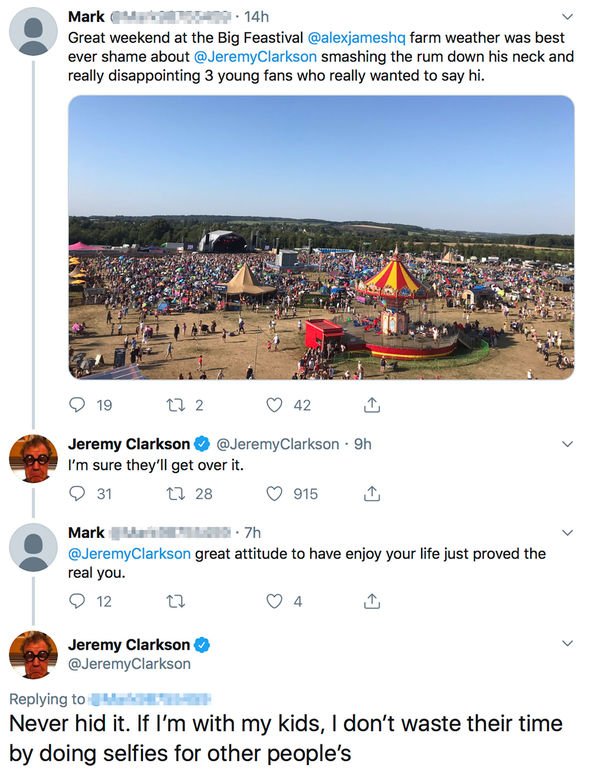 Jeremy was back on the TV at the weekend, presenting Who Wants To Be A Millionaire? on ITV.

One of the contestants reached the million pound contestant, but failed at the final hurdle.

Following the episode, The Chase quizzer, Mark Labbett, known as The Beast, hit out at the difficulty of the question.

The contestant was faced with answering: “Which of these people was born the same year as Queen Elizabeth II?” 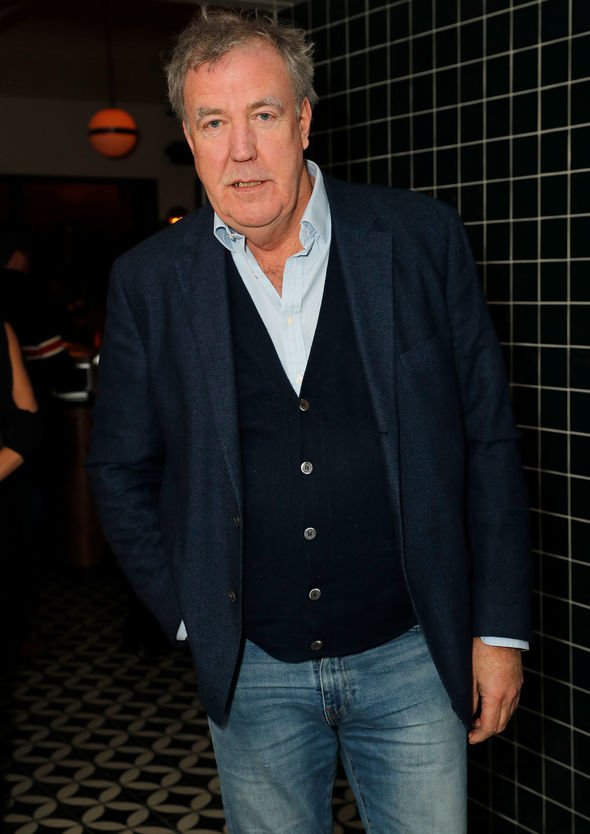 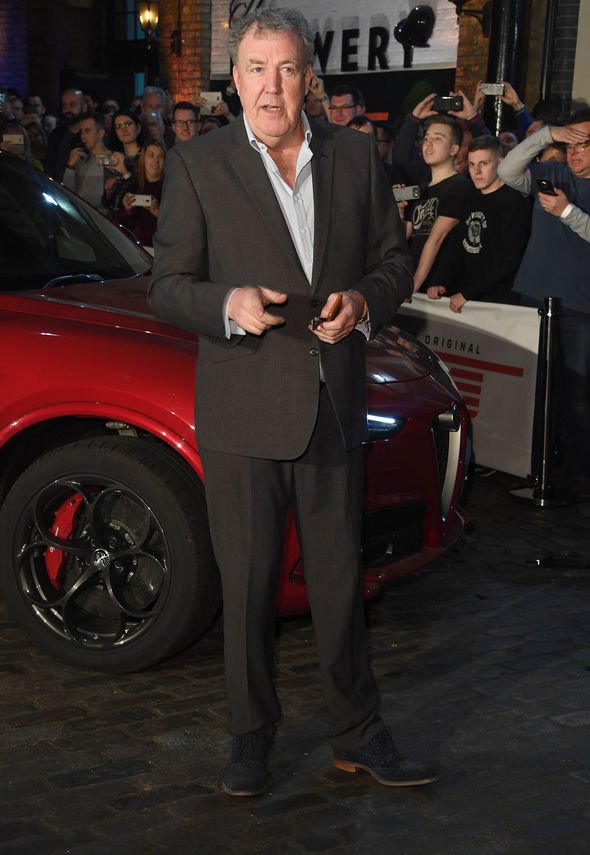 The answer to the question was Marilyn Monroe, born in 1926, the same year as Queen Elizabeth II.

But quizzer, Mark, wasn’t happy with the question and said it was the “hardest ever”.

Mark said in responded to ITV’s tweet: “That’s got to be the hardest million pound question ever imo.”(sic)

In another tweet, Mark said he would “never have gone” for Marilyn as the answer.

Who Wants To Be A Millionaire? continues Saturday on ITV at 9.30pm.