Taylor Swift put John Mayer on blast after dating him briefly in 2009. The pop star released a scathing track about someone named “John” months after their reported breakup. But Mayer called the song out for its “cheap” lyrics and suggested Swift “humiliated” him when he was at his lowest point. 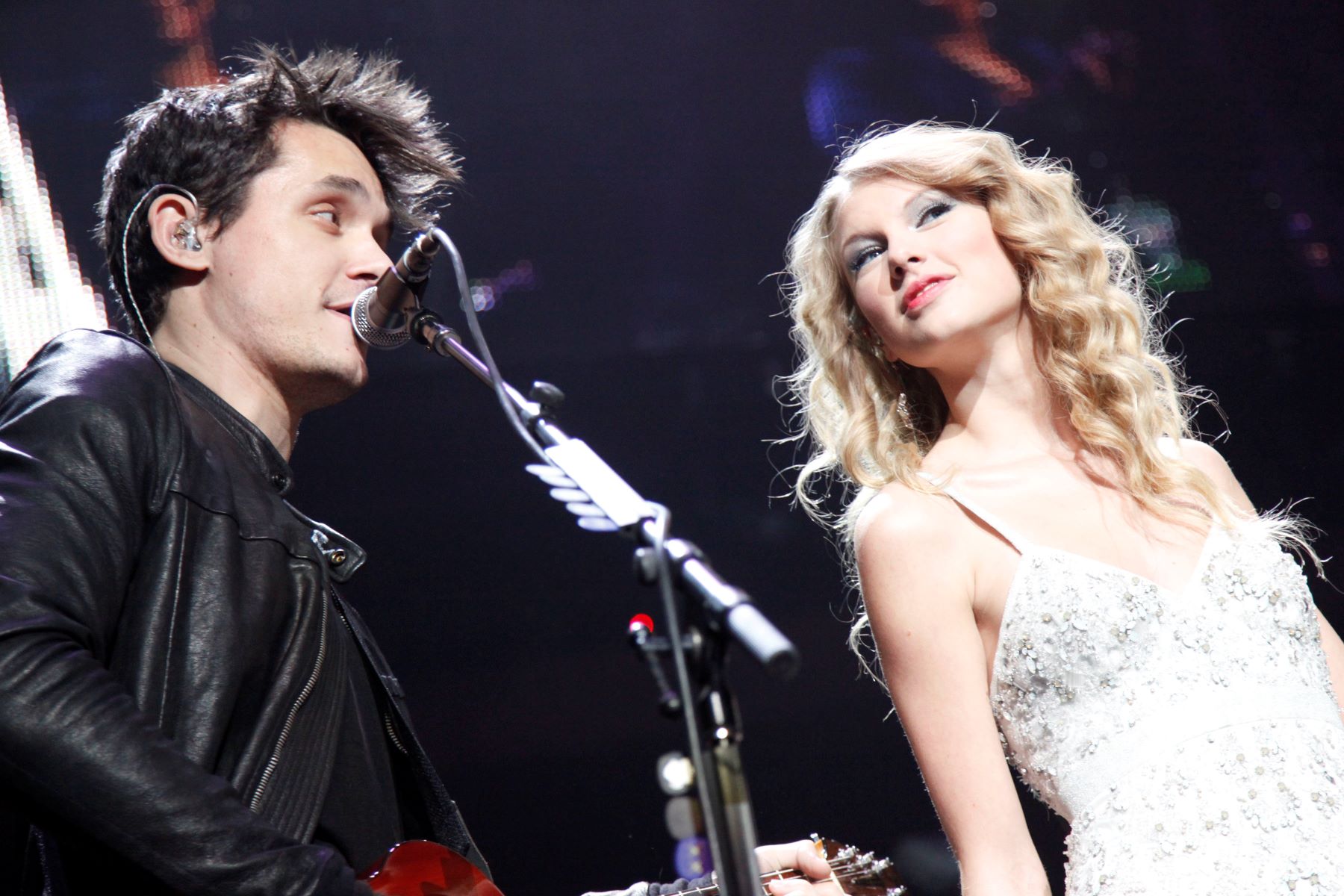 In 2009, Mayer came up with the idea for his song, “Half of My Heart.” In a now-deleted tweet, he announced that he wanted to sing it with Swift. When talking to Elle in June 2009, Swift said she was thrilled Mayer considered her for the song.

“[John Mayer] Twittered the other day that he wrote a song and he wants to make it a duet with me,” she said. “I freaked out when I heard because I’ve been such a big fan of John for such a long time. I’m really excited about just the idea that he would even mention me in his Twitter!”

Mayer and Swift released the track “Half of My Heart” in June 2009. And after that, the two made a few onstage appearances together.

Swift invited Mayer to perform at one of her concerts. And the pair performed their song at New York City’s Jingle Ball in December 2009. But by February 2010, the couple reportedly split.

Taylor Swift releases ‘Dear John’ after their break up

Swift released the song, “Dear John,” on her Speak Now album in October 2010. The song featured scathing lyrics like:

“Dear John, I see it all, now it was wrong. Don’t you think 19 is too young to be played by your dark twisted games when I loved you so?”

Many assumed the song was about Mayer because when they first met, Swift was 19, and Mayer was 32.  The track was ranked number 18 on Billboard’s 100 greatest deep cuts of the 21st century.

In a 2012 interview with Rolling Stone, Mayer opened up about his relationship with Swift. He said that she never talked to him about her feelings. So he was shocked to hear her scathing commentary in “Dear John.”

“I never got an email,” Mayer said. “I never got a phone call. I was really caught off-guard, and it really humiliated me at a time when I’d already been dressed down. I mean, how would you feel if, at the lowest you’ve ever been, someone kicked you even lower?”

Mayer didn’t want to address the line about Swift being “too young.” But he did suggest the pop star used the song to get back at him.

“I will say as a songwriter that I think it’s kind of cheap songwriting,” Mayer said. “I know she’s the biggest thing in the world, and I’m not trying to sink anybody’s ship, but I think it’s abusing your talent to rub your hands together and go, ‘Wait till he gets a load of this!’ That’s bullsh*t.”

But weeks after Mayer aired his thoughts on “Dear John,” Swift said he was wrong to assume the song was about him. “How presumptuous!” she suggested when talking to Glamour.  “I never disclose who my songs are about.”