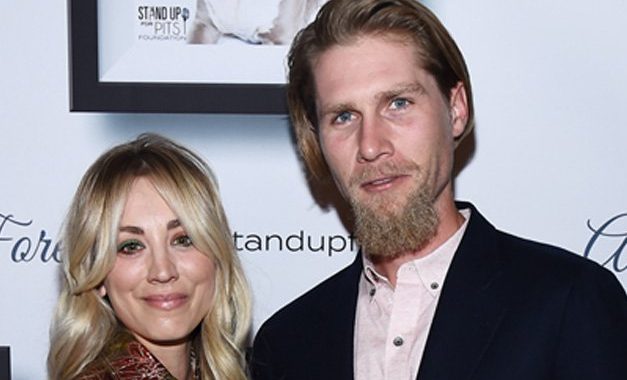 Kaley Cuoco reportedly filed to end her marriage to husband Karl Cook via divorce just on the same day they announced their split.

The former The Big Bang Theory actress and her equestrian-avid spouse shared a joint statement to announce they had separated after three years of marriage on Friday.

It appears the announcement was timed specifically with Kaley, 35, and Karl, 30, reportedly filing divorce papers the same day.

Various US media outlets claim to have seen documents filed by Kaley at the Superior Court of California for the county of Los Angeles, to kick start the divorce.

Prior to the split, fans had enjoyed watching Kaley and Karl’s whirlwind love story, which included them getting engaged on her birthday in November 2017 after they started dating the previous year.

Kaley, who was previously married to Ryan Sweeting, tied the knot with Karl in June 2018 in an intimate wedding ceremony at a horse stable near San Diego, California.

The pair made it clear in their joint statement that there were no hard feelings towards each other, despite the decision to end their marriage.

‘Despite a deep love and respect for one another, we have realised that our current paths have taken us in opposite directions,’ they said.

‘We have both shared so much of our journey publicly so while we would prefer to keep this aspect of our personal life private, we wanted to be forthcoming in our truth together. There is no anger or animosity, quite the contrary.’

They added: ‘We have made this decision together through an immense amount of respect and consideration for one another and request that you do the same in understanding that we will not be sharing any additional details or commenting further.’

Kaley and Karl had just marked their third wedding anniversary in June with heartfelt posts celebrating their relationship.

The Flight Attendant actress wrote: ‘2 years to the day before we got married and now 3 years married! Why have you stayed married to me for so long?! I’m sincerely impressed @mrtankcook lol I love you oh so much you have no idea…happy anniversary!!!’

Karl wrote in his own post: ‘I agree @kaleycuoco I am just as amazed it’s been three years, feel like just a flash. I love you so much and I can’t wait for a million more years!!’