Kate Middleton stepped out in a chic ensemble alongside the queen, Prince Charles and Prince William at St. Windsor’s Castle for the Order of the Garter ceremony on Monday.

The Duchess of Cambridge wore an elegant white coat with black trim, paired with a hat from Lock & Co., according to People. She also carried a black clutch and wore delicate teardrop pearl earrings. 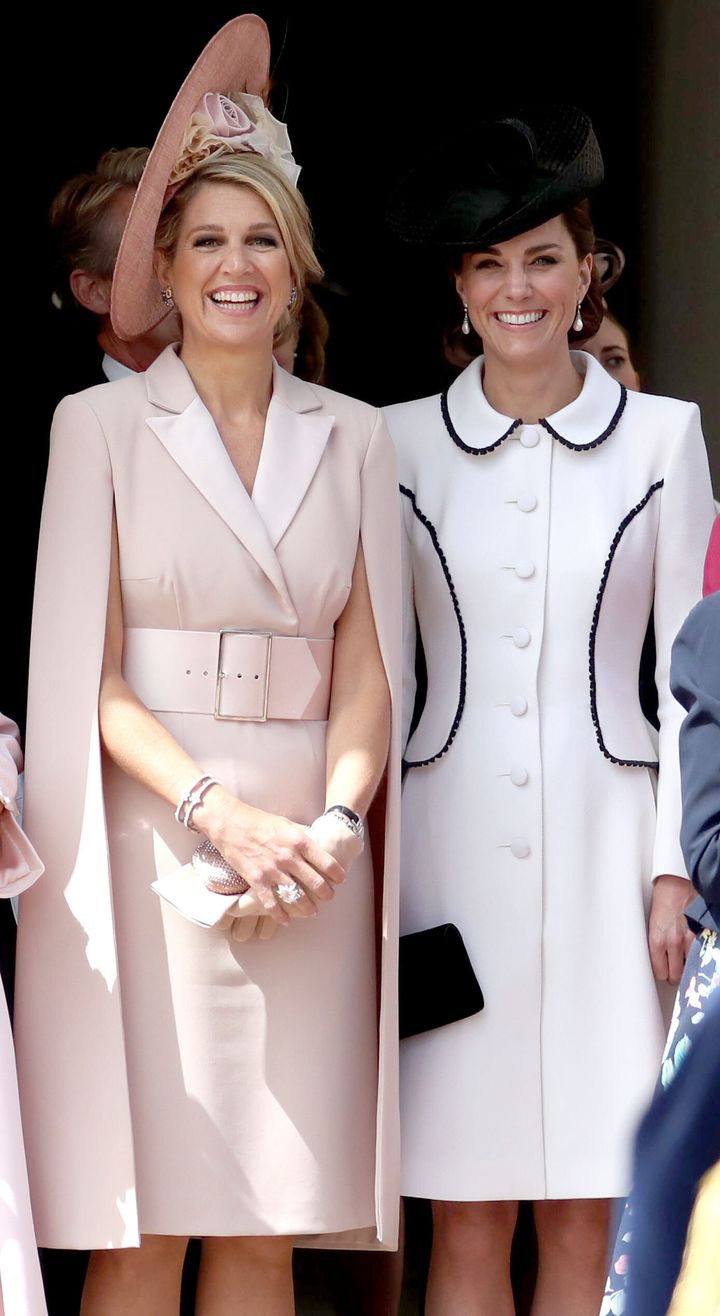 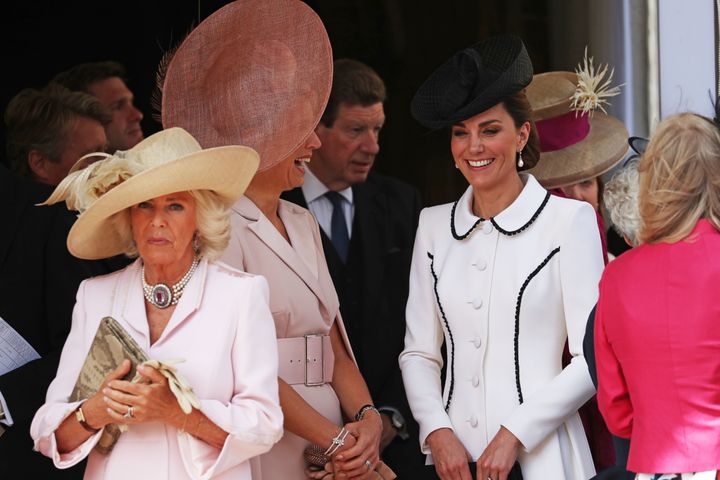 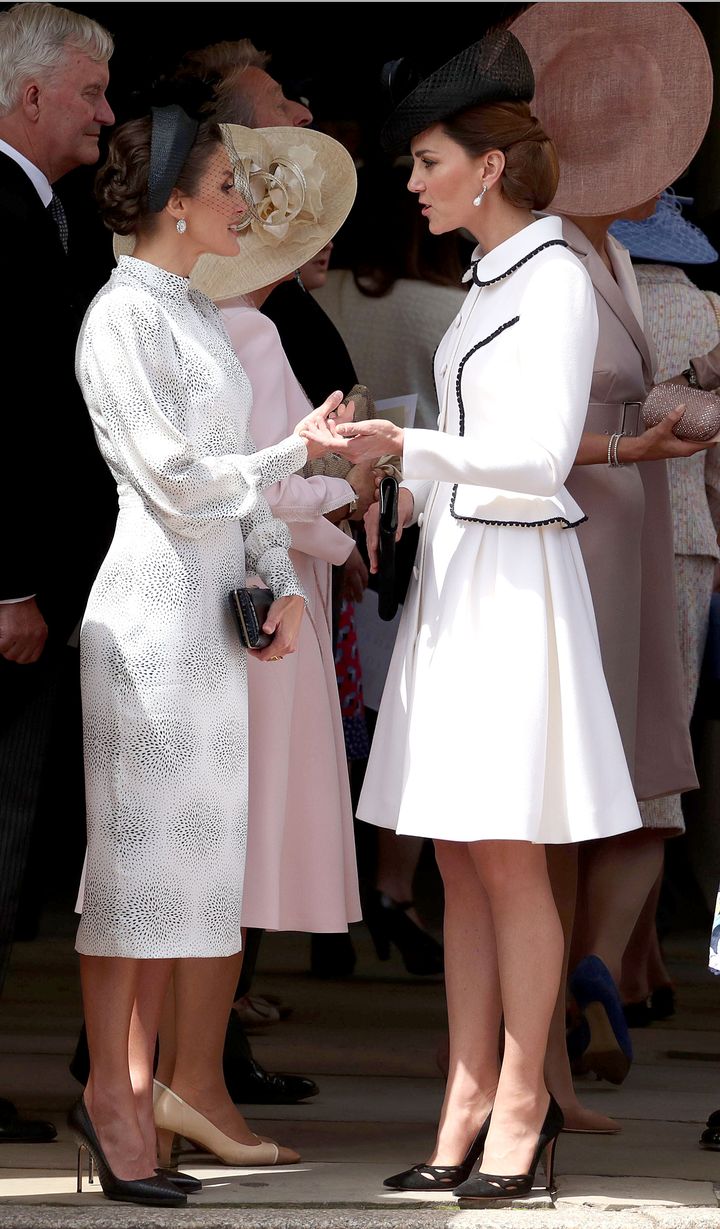 Charles, William and Queen Elizabeth, wore traditional Knights of the Garter blue velvet robes with feathers in their blue caps for the ceremony. 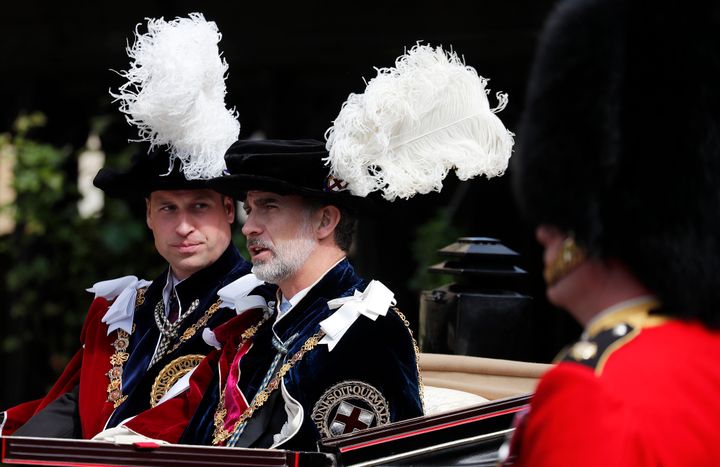 The Order of the Garter takes place every year in June and was founded by King Edward III in 1348, according to the Royal Family’s page about the event.

“In medieval times, King Edward III was so inspired by tales of King Arthur and the chivalry of the Knights of the Round Table that he set up his own group of honourable knights, called the Order of the Garter,” the site reads.

“The Knights, now both male and female, used to be limited to aristocracy, but today they are chosen from a variety of backgrounds, in recognition for their public service.”

The British royals were joined by King Felipe and Queen Letizia of Spain, as well as King Willem-Alexander and Queen Maxima of the Netherlands. 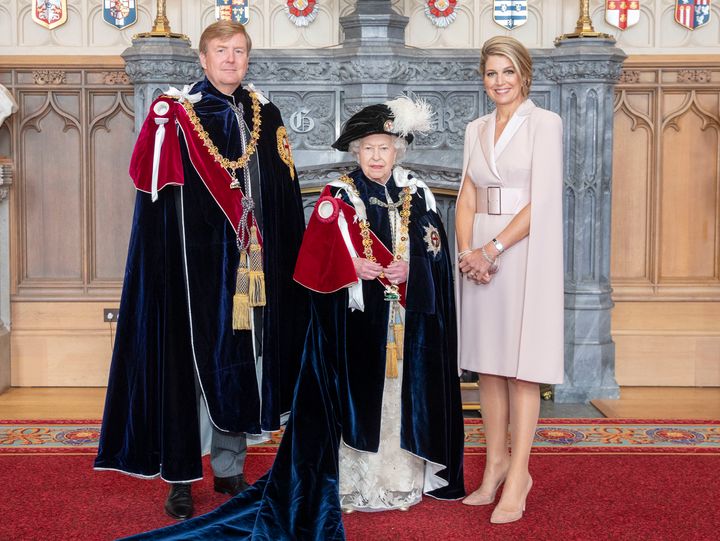 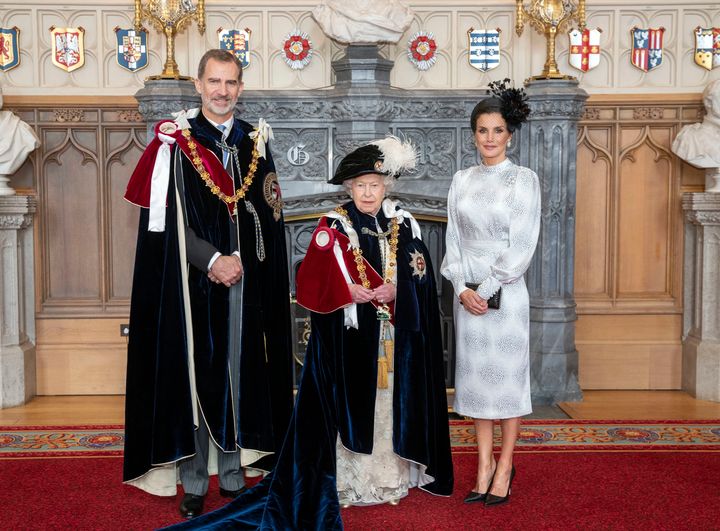 While the elder royals carried out their duties, Prince Harry and Meghan Markle’s little one ― Archie Harrison Mountbatten-Windsor ― drew the most attention when he appeared in a Father’s Day post on Instagram.

The one-month-old peered into the camera while holding his dad’s finger.

Subscribe to HuffPost’s Watching the Royals newsletter for all things Windsor (and beyond).