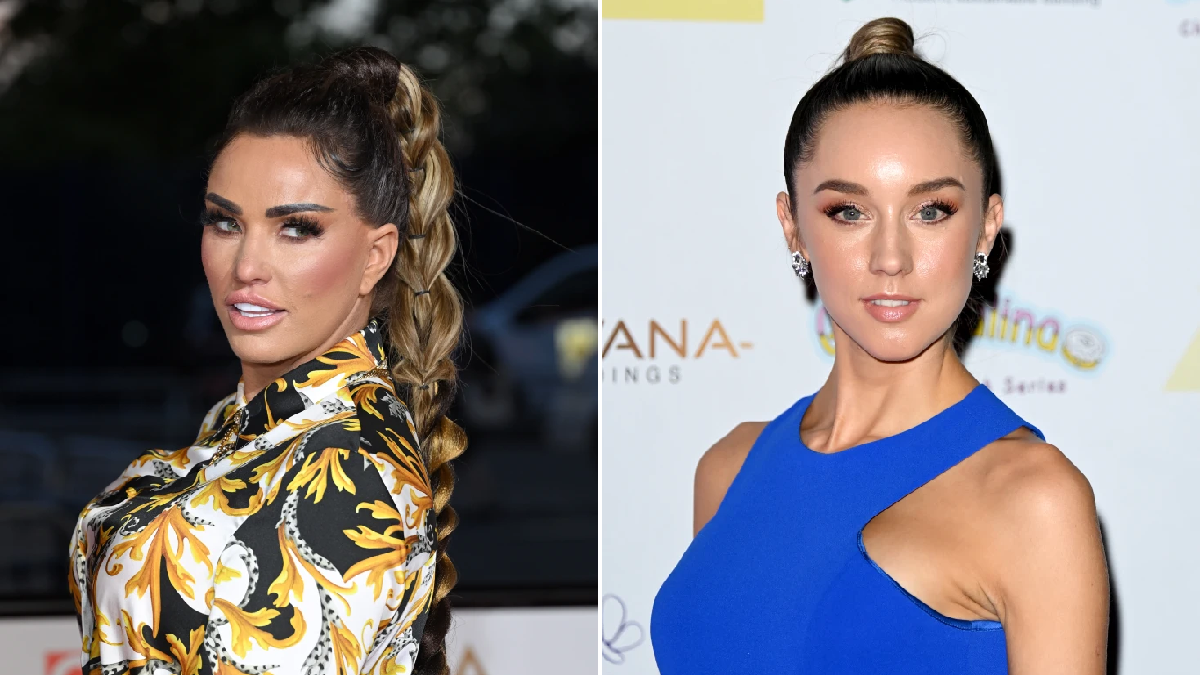 The 43-year-old mum-of-five, who recently revealed she is taking courses on how to administer lip filler and Botox to ensure she has a ‘proper job’, accused the doctor of selling stories on her.

She also claimed Emily prevented her eldest daughter, Princess, from visiting her at The Priory, where she had been seeking treatment following her drink-drive crash.

In the now-deleted post, Katie penned: ‘My mouth has been shut for so long but I’ve had enough of people selling stories on me and particularly this so called woman @dr_emily_official.

‘Always said I don’t want to be famous yet doesn’t do too bad to stay away from media and TV and now trying to make a career out of it.

‘So cringe she has used my children to make money in photo shoots yet covers her own children’s faces up!’ (sic)

Katie continued her post with further allegations, writing: ‘She claims to be a doctor who clearly doesn’t have a clue about mental health.

‘Oh and stopped my daughter from visiting me at The Priory when she wanted to see her mum. She is so jealous of my relationship I have with Princess and puts me down.

‘Emily you are not and never will be my kids’ parent so mind your own business, your so two faced and definitely not the person you portray to the public.’ (sic)

She is also mum to oldest son Harvey, 19, Jett, eight, and Bunny, seven.

Emily recently opened up to parenting ahead of launching her book Growing Up For Girls.

‘When I was writing the book, I was thinking, “Okay, how would I feel discussing this with Millie? How would I explain this to Millie or Theo?”, and that really helped me with the wording and trying to make it really accessible and relatable, so I relied on that a lot.’