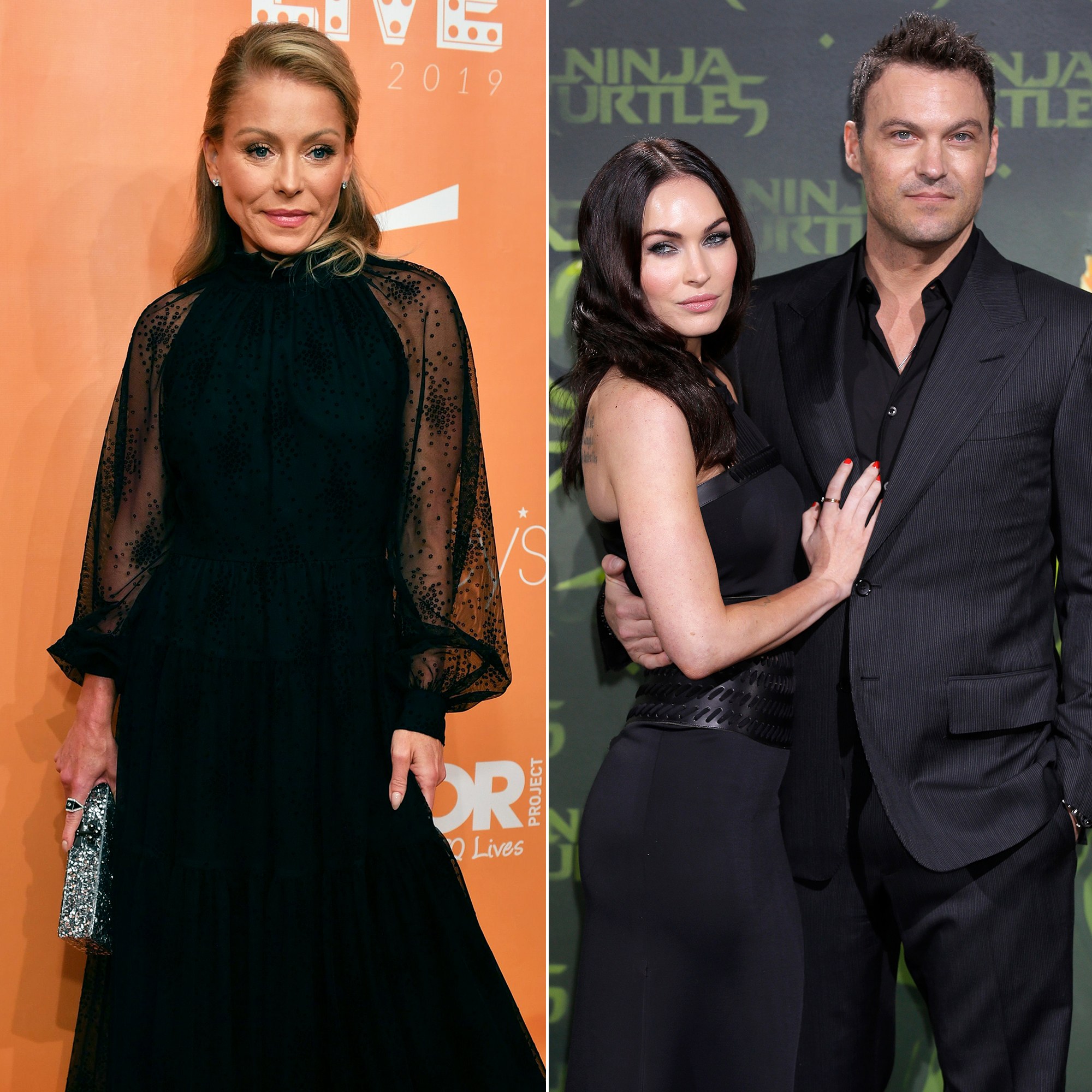 Kelly Ripa wasn’t the matchmaker for Brian Austin Green and Megan Fox. In fact, she was the complete opposite.

The All My Children alum, 48, revealed on the Friday, September 6, episode of Live With Kelly and Ryan that she advised the Beverly Hills: 90210 cast member, 46, against dating her Hope & Faith costar, 33, when Fox was 17.

Green starred as himself on season 2 of the ABC sitcom in 2004, where he met his future wife, who played the niece of Ripa’s character, for the first time. The two first locked eyes at a table read, where Ripa and Ted McGinley, who played Fox’s character’s father on the show, told him to stay away from the Transformers actress.

“It was Kelly and Ted McGinley, who, at the table read, was like, ‘She’s 17. So nobody touch her,’” Green recalled. “So I was like, ‘All right. Fair enough.’ I had no intention at that point of dating.”

Ripa added, “Meanwhile, she had a calendar with a big circle on her birthday, like, ‘This is the day I turn 18.’”

Though Fox wasn’t in Green’s episode, the Jennifer’s Body star continued to show up on set, which the talk show host saw as a sign of Fox’s interest toward the ‘90s heartthrob.

“I could tell she was so into you,” Ripa said. “Listen, she has eyes. We all have eyes. We’re all into you. But she was so obviously smitten.”

According to Green, it wasn’t until Fox turned 18 and the two reconnected in Los Angeles that their relationship became romantic. The couple married in June 2010 and share three sons together: Noah, 6, Bodhi, 5, and Journey, 3.

In the end, Ripa is pleased that the Terminator: The Sarah Connor Chronicles star didn’t heed her advice when it came to pursuing her costar.

“Long story short, I’m glad you didn’t listen to me,” she said.

Green responded, “Thank you. So am I.”