Country music crooner Kelsea Ballerini sipped on a sparkling water while going for a paddle with her husband Morgan Evers.

Kelsea Ballerini has stunned in a gorgeous new snap, while paddle boarding with her husband in a ‘day drunk’ hat. The CMT Award winner took to Instagram on July 14 to share two pics of herself soaking up the summer sunshine and enjoying the great outdoors. “Whatever floats your paddle board?” the singer captioned her post, which featured a pic of her in a white tee and cut-off denim daisy duke shorts. The first selfie showed Kelsea kneeling on the paddleboat, while holding onto a Topo Chico seltzer water.

She also accessorized with a pair of oversized, black sunglasses, a multicolored necklace, and a camouflage-printed trucker hat which read ‘Day Drunk’. Kelsea pulled her blonde hair back into two braids, which fell just below her shoulders and completed the look with white Birkenstock sandals. The second snap, which was taken by her hubby Morgan Evers, showed Kelsea perched atop the paddle-board with her hands in the air, while Morgan laid on his stomach.

“See you soon, girl,” her pal Chelsea Handler commented, while a fan wrote, “Awesome. hope you are having fun.” The post came just one month after Kelsea hit back at haters at the 2021 CMT Awards. She and Halsey took home Performance of the Year for their rendition of “The Other Girl” at the 2020 CMT Awards, however they were criticized for not being “country” enough. 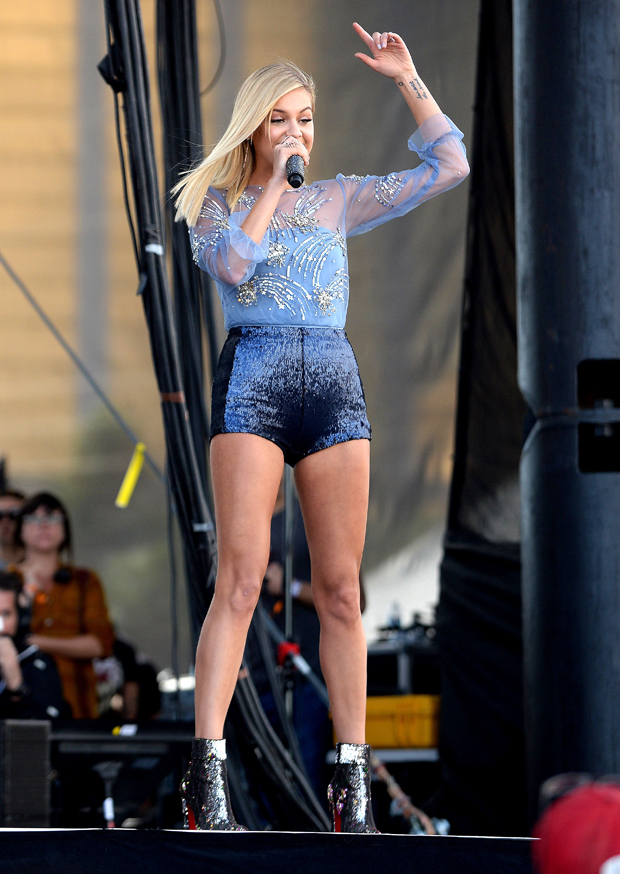 As fans would know, this was not the first time that Kelsea clapped back about the criticism of the performance, though. After the backlash in October, Kelsea wrote on Instagram, “I’d like to remind people that there are different kinds of country music and none that are more ‘real’ than others when it comes from an honest place, that women can wear whatever we want and shouldn’t be called names and criticized for it, and that if you don’t have something nice to say, politely shut up.”