It’s been nearly a decade since Kelsey and Camille Grammer called it quits, but there is still bad blood between the exes.

The Fraiser alum, 64, slammed Camille, 51, during a recent interview with Graham Bensinger.

“Honestly, I don’t really talk about her very much, because so much of her life is spent talking about me and I just think it’s sort of pathetic,” Kelsey said on In Depth with Graham Bensinger. “A month after I had a heart attack, my mother died — 12 years ago now — the day of my mother’s funeral, my third wife basically had an explosion about something.” 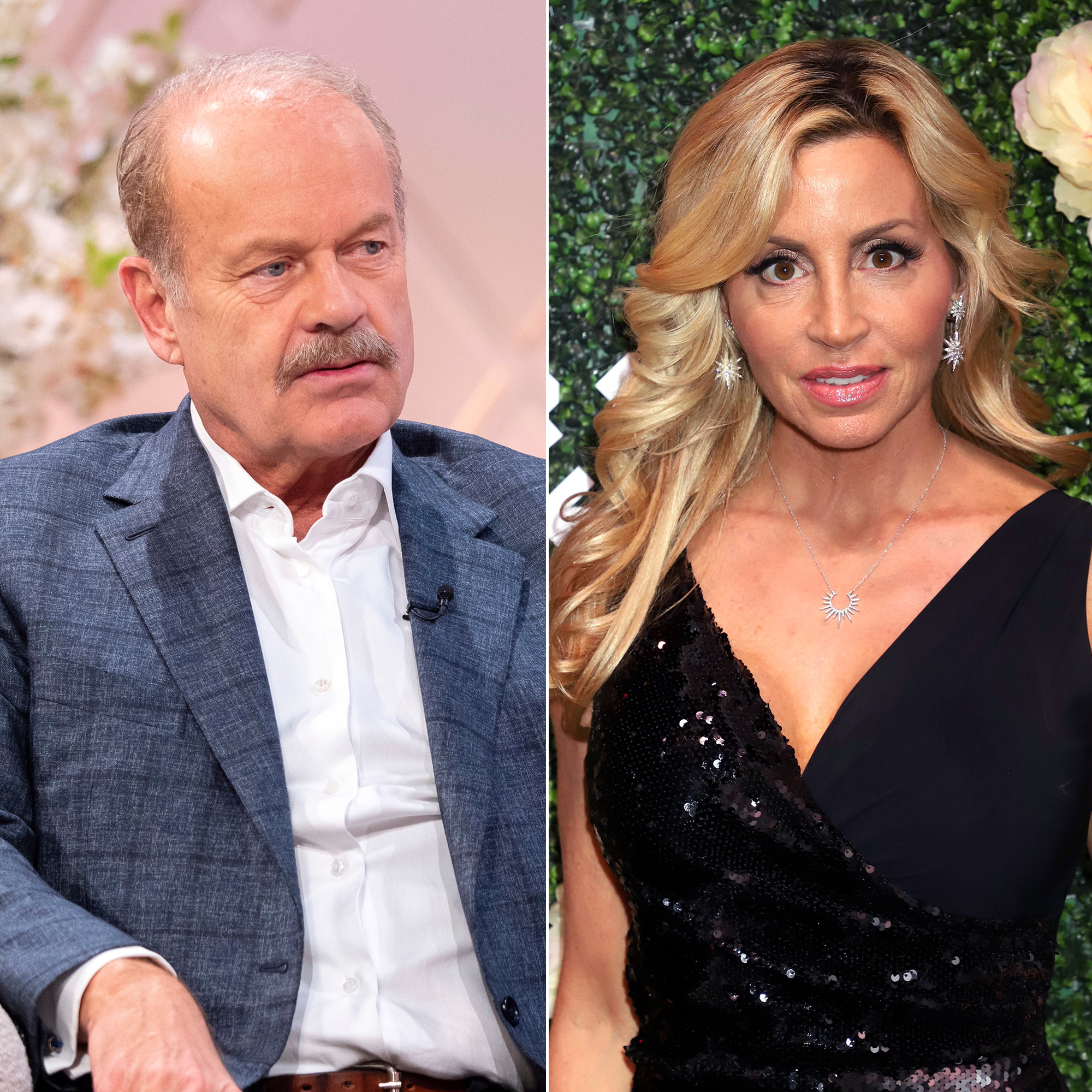 Kelsey went on to accuse the Real Housewives of Beverly Hills star of asking for a divorce on the day of his mother’s funeral.

“And she started telling me, ‘I’m out of this, I’m out of here. I want a divorce, blah, blah, blah, which, we’d had the same conversation for eight years, and it was tiresome,” the actor claimed. “I realized at that moment that I was done with her, that I was not going to end up in this relationship for much longer. And somewhere under a year [later], I was done.”

Kelsey and Camille, who tied the knot in 1997, share daughter Mason, 18, and son Jude, 15. They announced their split in July 2010. The end of their marriage played out on season 1 of RHOBH. On the Bravo series, Camille accused Kelsey of cheating on her with his now-wife, Kayte Walsh.

Two weeks after the former couple’s divorce was finalized in 2011, Kelsey married Walsh, who is 25 years his junior. The pair share daughter Faith, 7, sons Kelsey Jr., 5, and Auden, 3.

Camille, who now appears on RHOBH in a “friend” role, made headlines in June 2018 after she accused Kelsey of acting like she “never existed.”

“What’s unnerving is that fact I was there to help him get through some of his hardships and supported his career and his sobriety,” Camille, who married David Meyer in 2018, tweeted in at the time. “I was rt by his side and he acts like I never existed that’s disappointing. We were together through his success. I was there during the writers strike and the cancellation of Back to You. We moved the company to our home in Malibu. I sat at his bedside for 8 days straight while he was in the cardiac intensive care unit in NYC. I read him poetry and helped washed his hair. Now I don’t exist.”

Us Weekly has reached out to Camille for a comment.