Home » Celebrities » Kobe Bryant: How Many Kids Does He Have and Does He Want a Son?

Kobe Bryant: How Many Kids Does He Have and Does He Want a Son?

On the basketball court, Kobe Bryant is surrounded by testosterone. But when he heads home, he enters a house full of females. He and his wife have a large family, but there’s one thing their missing- a son.

Will they ever have one? Their decision to keep trying for a boy may be more complicated than you’d think.

Kobe Bryant and his wife have four daughters 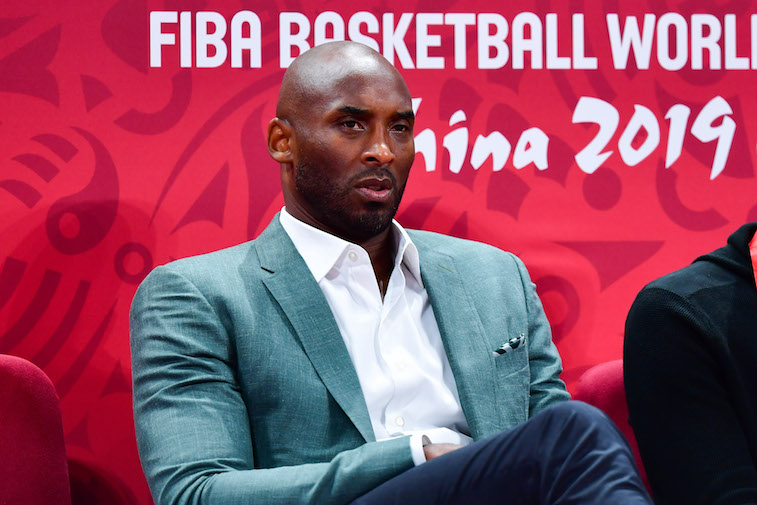 Bryant and his wife, Vanessa, have a large family already, but they’re all girls. They just welcomed their fourth baby into the family, another girl that they named Capri. “She’s our best baby,” Bryant told Extra. “She sleeps like six hours. She’s an absolute sweetheart.”

A child who sleeps is every parent’s dream, but Bryant has an even bigger reason to gush. He’s already picked out the cutest nickname for his new baby girl. Capri will be called KoKo for short, courtesy of her daddy.

Their other daughters fill a big age range. The oldest is 16-year-old Natalia. Then another teenager, they have 13-year-old Gianna. After the older girls, there’s a large gap. Their third daughter, Bianka is only 2 years old. Baby Capri makes four daughters.

Bryant is letting his wife decide their family’s future

Had an amazing time watching the greatest soccer team in the world with my babies Nani, Gigi and BB #uswnt

The family is perfect the way it is. Bryant loves the way his daughters all pitch in to make sure everything runs smoothly in their household, especially with a new baby. He told Extra, “The big girls help around the house tremendously. Bianka absolutely loves her [Capri]- the only challenge we have is she wants to kiss her too much.”

When asked about whether they will ever try for a boy, Bryant assured us that he’s happy with the way his family is now, but if his wife wanted a boy, he’d be up for it.

“It’s Vanessa’s decision to make,” he said. “She wants a boy more than I do. I’m comfortable having girls. It drives her crazy when I say that. She says, ‘We’re going to get five girls ’cause you spoke it to existence.”

But Vanessa does have a point. Even if they try for another, there’s no guarantee that they’ll get a boy. Although we have to admit, it’s so sweet watching the way Bryant act towards his daughters. The bond that daddies have with their little girls is really special.

Maybe having a boy isn’t much motivation for Bryant to increase their family size. But as he recently told Ellen there may be another reason Bryant would want to try for another kid. During an appearance on The Ellen DeGeneres Show, Bryant discussed his family size. He hinted that they may go for five.

“I would go for a solid starting five,” he said. “You just have your own internal basketball team.”

Starting a family basketball team seems like as good of a reason as any, but it sounds like Bryant was only joking. In fact, according to Vanessa, they may be done with kids.

Although, Vanessa did say this while she was pregnant with number four, so her feelings may change. In fact, it sounds like their decision to have the fourth baby may have been a failed attempt for a boy.

Bryant explained Vanessa’s thinking during the last pregnancy. “Vanessa was kind of putting the pressure on me to have a boy. She said, ‘You can do it, you can do it!’ And then, ‘Nah, you can’t do it.’”

Maybe they’ll try for a boy after all to complete that basketball team.