Like mother, like daughter. Heidi Klum’s 16-year-old daughter, Leni Klum, is following in her mother’s modeling footsteps. Leni graced the cover of Glamour Germany’s 20th anniversary issue two decades after Heidi was the magazine’s first-ever cover model. Leni took to Instagram to share the exciting news, thanking everyone who made her first solo cover “so special.”

“@glamourgermany 20th Anniversary cover by @kristianschuller ❤️ Thank you to everyone who made my first solo cover so special. It’s an honor to share this with my mama @heidiklum who was Glamour Germany’s first ever cover model,” Leni shared. “#glamourgermany #20jahreglamour Photographer: @kristianschuller Hair: @wendyiles_hair Makeup: @lindahaymakeup Casting: @dominikwho.”

Leni shared a throwback of her mom’s debut on the magazine as well, with a video flashing from Heidi’s cover to hers.

Leni previously posed alongside her model mother on the cover of Vogue Germany in December.

Heidi shared the stunning mother-daughter shot on her Instagram along with a heartfelt note about seeing Leni — whom she shares with ex Flavio Briatore — follow in her footsteps.

“I’m so proud of you. And not because you chose this path. I know that no matter which way you go, it will be your own,” Heidi wrote in German. “You always know exactly what you want and what you don’t want. You are not a mini-me. And I’m happy for you that you can now show who YOU ​​are.” 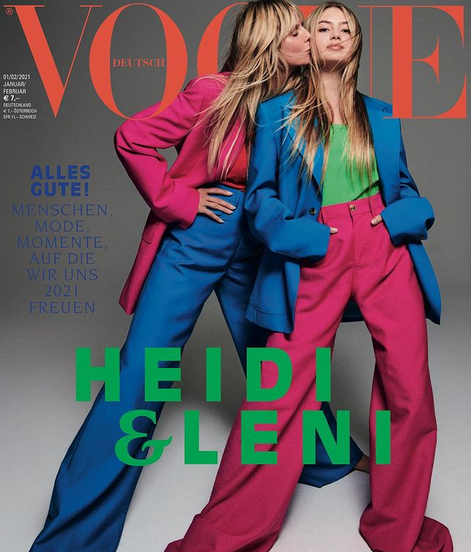 “I know that being my daughter is not always easy. You never had the opportunity to grow up ‘normally.’ But what is normal?” Heidi continued, adding that “growing up with three different daddies” isn’t normal either. “But you have the talent to get the best out of everything. And I would say: none of it harmed you – on the contrary: you are a self-confident young woman who fights for her goals. And even more important: you are a really great person with your heart in the right place.”

Expressing that she should always listen to her gut, the America’s Got Talent judge noted that “an exciting time is waiting for you. Vogue is the best way to start the career you dream of. And even if it is a little difficult for me to let go of you into this world, I will always do everything so that you are happy and that your dreams come true. I am proud to be your mom!”

Watch Heidi Klum and Tim Gunn Interview Each Other (Exclusive) 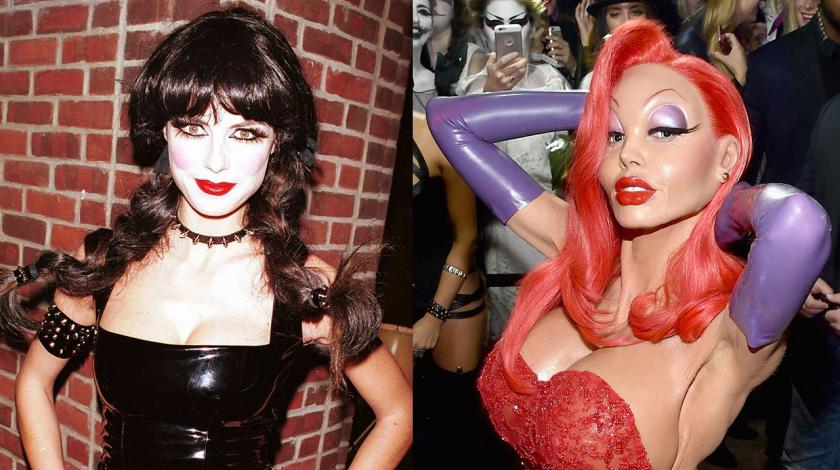