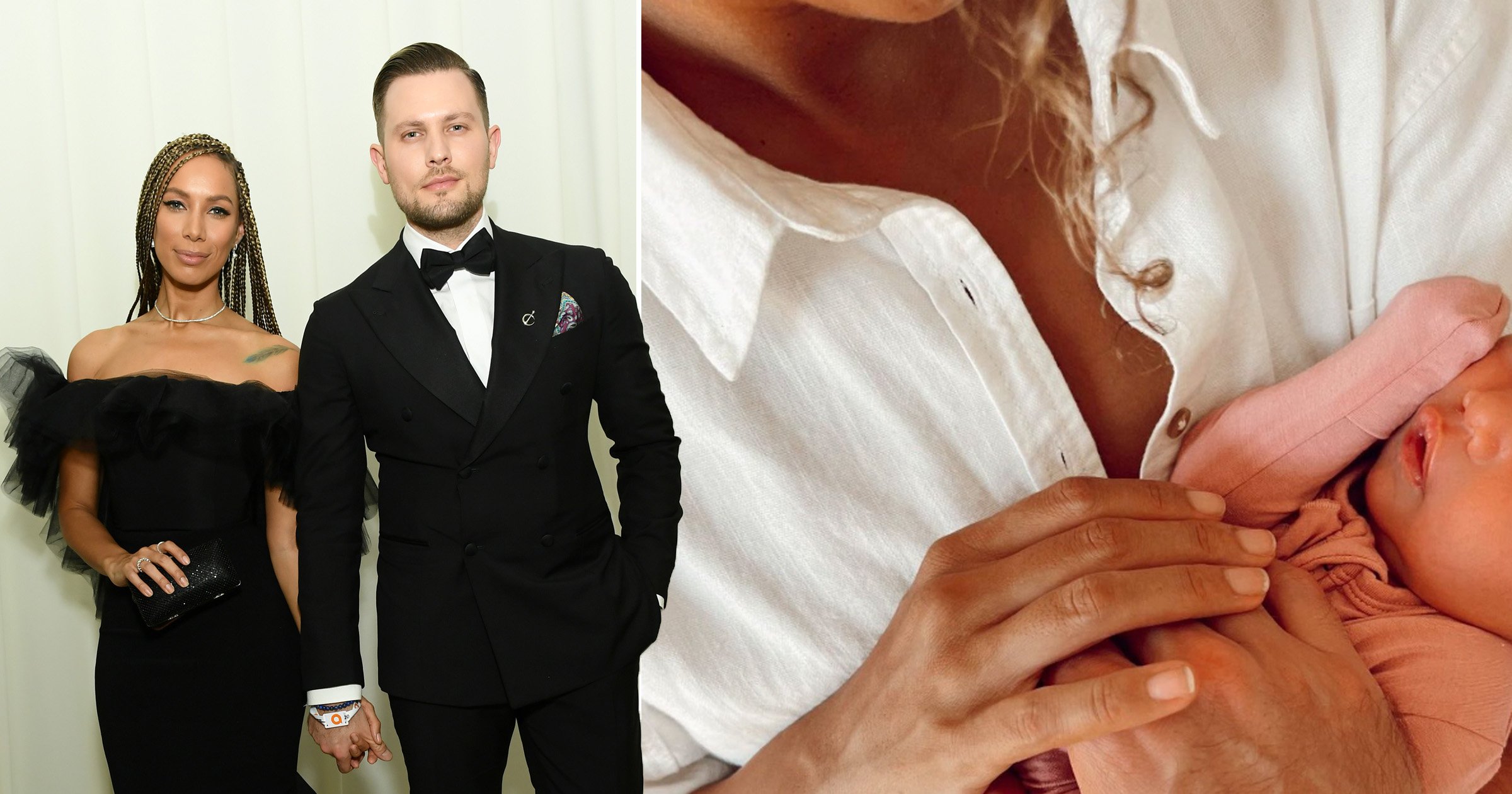 Congratulations are in order as Leona Lewis has given birth to her first child.

The singer confirmed the news with a sweet photo of herself and her husband Dennis Jauch holding their baby girl, who they’ve named Carmel Allegra.

Earlier this year, rumours began to surface that the Bleeding Love singer was pregnant, with it being claimed that the former X Factor winner and her husband Dennis were ‘over the moon’.

Leona, 36, happily soon confirmed news, sharing a picture on social media of herself, beaming while revealing her bump for the first time.

‘Can’t wait to meet you in the Summer,’ she wrote in the caption, alongside a heart emoji.

The songwriter – who shot to fame after winning series three of the X Factor – married the creative director in Italy in 2019 after nine years together and are now celebrating a beautiful new addition to their family.

‘He’s been my rock through my crazy ups and downs and everything I’ve gone through in my life,’ Leona gushed of her husband previously. ‘Dennis is the most kind, considerate person I’ve ever met.’

Like any mum-to-be who goes through a first pregnancy, the joyous time was filled with a few ups and downs.

The chart-topper admitted that, up until recently, she was unable to leave the house because of a tricky start to her pregnancy.

Taking to Instagram, Leona, who suffers from Hashimoto’s disease, shared a video with her 728,000 followers of herself paddle boarding with her dog and Dennis.

She captioned the clip: ‘Spent time in nature with the pups and the bump this weekend [praying hands emoji] I had a really challenging first trimester, I’ll share more at some point for anyone who is going through the same.

‘But I was severely ill and unable to leave the house. So promised myself when I could get out I would spend more time in nature she’s truly healing x.’

In 2020, Happy hitmaker expressed her desire to start a family with Dennis and considered adopting a child, before announcing the exciting news of her pregnancy.

Leona first found fame in 2006 after winning the third series of The X Factor, winning a £1 million recording contract with Syco Music. In December last year, she celebrated 15 years since her victory in a moving post, saying that it ‘all feels like yesterday’.