Louise Minchin, 51, regularly shares cheeky quips and posts endless selfie pictures with her co-star Dan Walker, 42, who returned to the morning programme today following a short break. The BBC Breakfast star took to Twitter and claimed he has left his colleague disappointed after being involved in an “accident”.

Taking to the micro-blogging site, the Football Focus host shared a snap of his co-star wearing a stern look on her face.

In the picture, Louise could be seen wearing a pair of reading glasses which were on the tip of her nose.

Dan revealed he had eaten a piece of fruit “by accident” which in fact belonged to his colleague.

In view of his 609,000 Twitter followers, he wrote: “I have eaten @louiseminchin’s banana – by accident – and she is not best pleased #BBCBreakfast.” 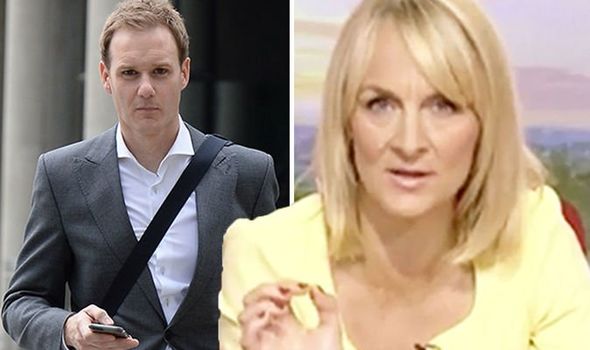 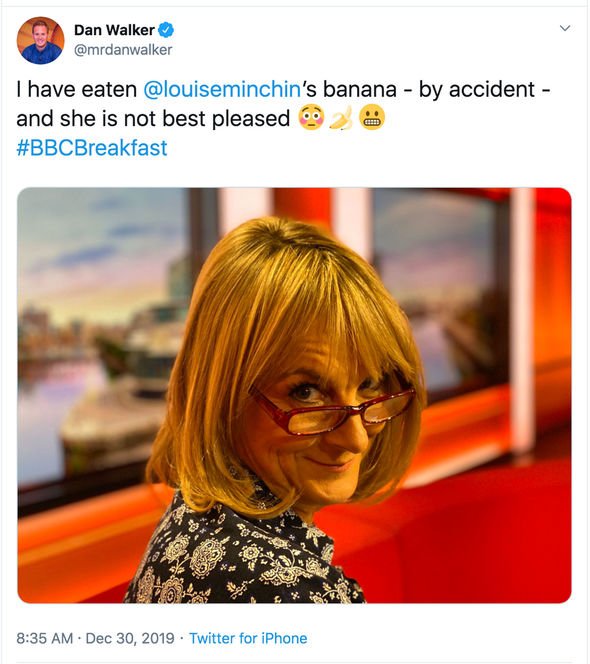 One person jibed: “Oh Dan. I’d look out if I were you, I think Louise is out for revenge.”

Another person commented: “She’s like the teacher I had in primary school who frightened the c**p out of me when she put her glasses half way down her nose and gave the death stare!”

While a third person added: “By accident! Well let her have yours then.” 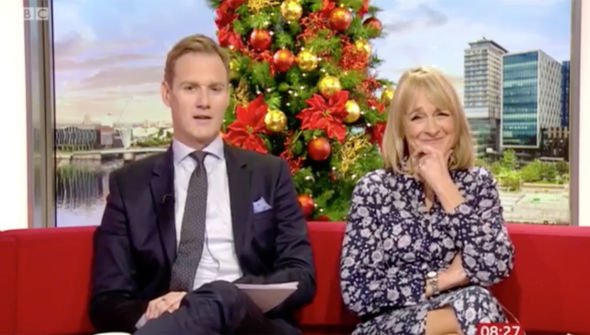 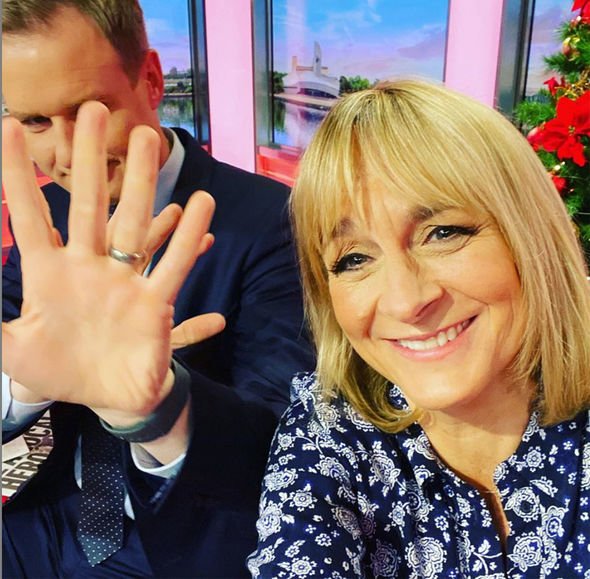 Louise is yet to comment on social media about the on-set mishap but took to Instagram to share a snap alongside Dan following his return to the BBC Breakfast sofa.

However, it seemingly appeared that the small-screen star was not in the mood for a selfie.

As Louise beamed at the camera, Dan could be seen holding his hands up to hide his face from the camera.

It appeared he didn’t want to be photographed because he had eaten too much food over the festive period.

In view of her 38,000 followers, she captioned the post: “Hiya good morning from us here at #BBCBreakfast @mrdanwalker says he has eaten too much for a post Christmas selfie!”

Fans inundated the star with comments, as one person said: “Lovely to see you guys back together.”

Another person quipped: “Morning, both! And you haven’t, Louise?”

While a third person added: “You two do make me smile. Keep up the good work.”

Elsewhere, Louise recently brought her pet pooch on for a segment in which they discussed how to keep pets calm and well behaved during the Christmas holiday period.

She explained: “The reason she’s in is because she was invited in because we’re doing a piece on how to look after your pets, keep them calm at Christmas,” she explained, with the canine becoming very excited.

“She is two and she’s had quite a lot of Christmas things she shouldn’t have had already. See, she wants to eat the tree and me.”

BBC Breakfast airs weekdays at 6.30am.