BBC Breakfast host Louise Minchin, 51, took to Instagram where she shared a photo alongside her colleague Dan Walker, 42. But the broadcaster did not look too pleased as she jokingly accused him of “stealing” her glasses.

In view of her 39,000 followers, a cheery-faced Dan could be seen sporting her reading glasses as Louise looked on.

She captioned the post: “Good morning, not content with stealing my bananas, @mrdanwalker has moved onto nicking my glasses and he doesn’t even need them! #bbcbreakfast.”

Fans inundated the star with comments, as one person joked: “He makes me laugh!…such a child!”

Another person commented: “Dan Walker what are you like?” 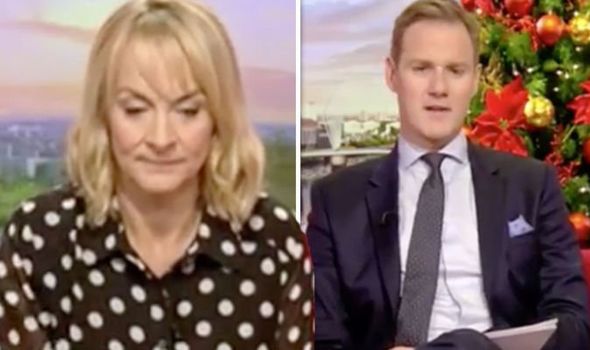 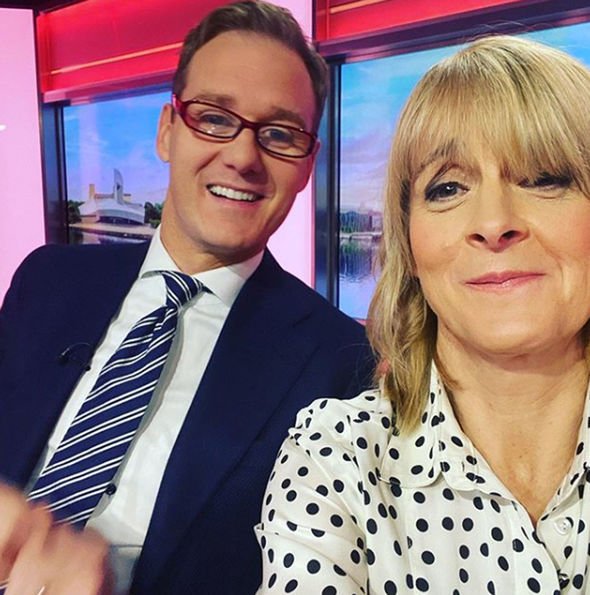 While a third person quipped: “Stunning without them lady…Let him keep them.”

It comes after the BBC Breakfast star recently took to Twitter and claimed he had left his colleague disappointed after being involved in an “accident”.

Taking to the micro-blogging site, the Football Focus host shared a snap of his co-star wearing a stern look on her face.

In the picture, Louise could be seen wearing a pair of reading glasses which were on the tip of her nose. 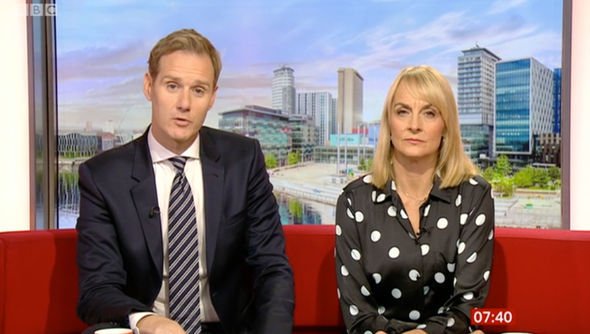 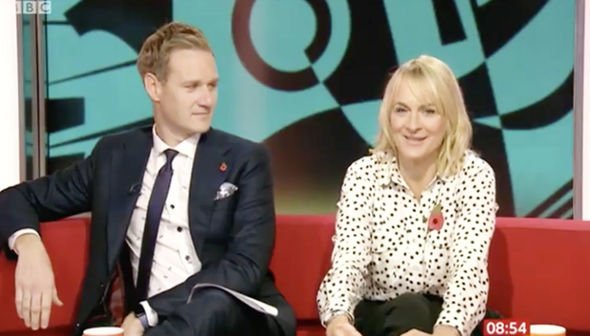 Dan revealed he had eaten a piece of fruit “by accident” which, in fact, belonged to his colleague.

In view of his 609,000 Twitter followers, he wrote: “I have eaten @louiseminchin’s banana – by accident – and she is not best-pleased #BBCBreakfast.”

One person jibed: “Oh Dan. I’d look out if I were you, I think Louise is out for revenge.”

Another person commented: “She’s like the teacher I had in primary school who frightened the c**p out of me when she put her glasses halfway down her nose and gave the death stare!”

While a third person added: “By accident! Well, let her have yours then.”

Meanwhile, Louise made a return to social media after she recently revealed she was taking a break from all platforms over the festive period.

Speaking on the programme last week, she mused: “You know I’ve been off Twitter for a while.”

The small-screen star admitted she was still on the picture-sharing site but has been using the platform a lot less.

“I am on [Instagram] occasionally,” she explained. “I do look at Twitter, but possibly, maybe once a day.”

BBC Breakfast airs weekdays on BBC One at 6am.