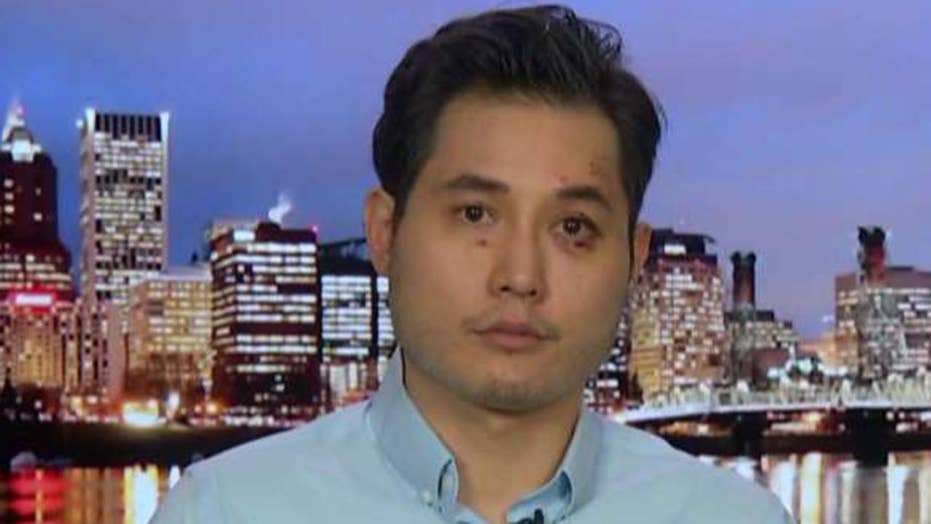 On Twitter, Ngo posted footage of the aftermath — showing cuts and bruises on his face.

The incident appeared to prompt Sen. Ted Cruz, R-Texas, to call for a federal investigation into Portland Mayor Ted Wheeler's handling of the incident.

“To federal law enforcement: investigate & bring legal action against a Mayor who has, for political reasons, ordered his police officers to let citizens be attacked by domestic terrorists,” he tweeted.

According to Newsbusters, cable news networks MSNBC and CNN weren't that great in covering the incident either. MSNBC completely ignored the incident from Sunday morning to Monday night while CNN bypassed the attack on Ngo until Monday.

"Since 5:00 a.m. Sunday morning, CNN has spent five minutes and 26 seconds on the violence in Portland. Unfortunately, 47 seconds of that time (spread out over two hours of CNN Newsroom) didn’t note that one of those hurt was, in fact, a journalist (who also happens to be Asian and gay)," Newsbusters' Curtis Houck wrote.

"Monday’s CNN Right Now devoted a full report to what transpired, including Ngo’s injuries. However, the story was spun with Ngo being dubbed a 'conservative blogger' and mentioned alongside 'far-right,' white nationalist groups like the Proud Boys."