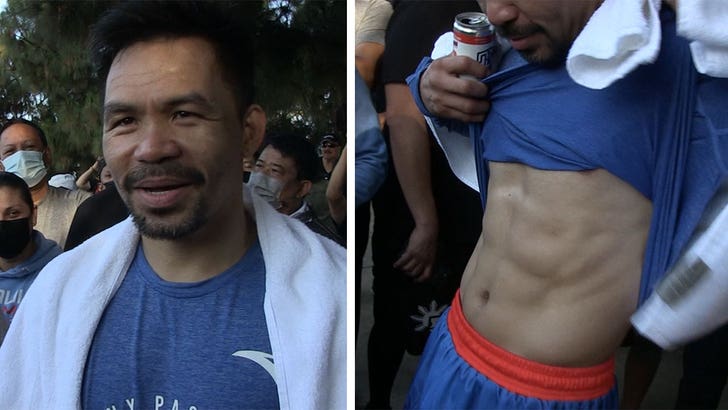 Don’t let the age difference fool ya — Manny Pacquiao tells TMZ Sports he’s feeling great before going up against Errol Spence next month … and he’s showing us just how shredded he is!!!

Of course, 42-year-old “PacMan” is still one of the best boxers in the world … and he’s out to prove he’s not slowing down anytime soon when he takes the ring against the 31-year-old champ on August 21.

We caught up with Pacquiao during a workout sesh in L.A. on Friday … giving a large crowd a show by putting his quick hands on display and getting in a bit of stretching. 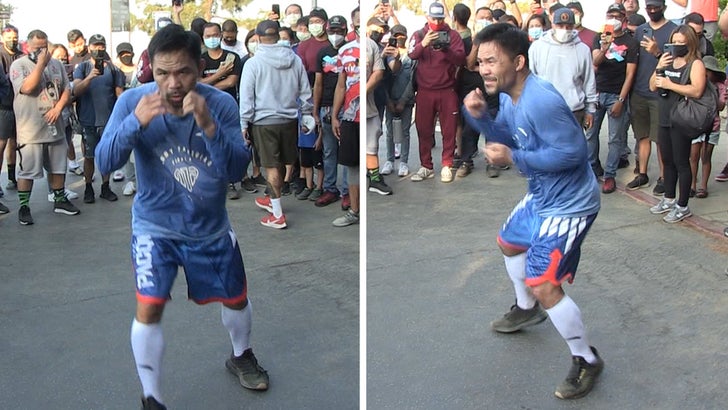 Pac even gave us some 1-on-1 time as well … opening up on all his preparations for the big fight.

Naturally, with Pac being in his 40s and still crushing it, we had to ask who would retire first — Pacquiao or his good friend Tom Brady … and his answer is awesome!!!

One other guy Manny’s been rumored to fight — Conor McGregor — is busy with Dustin Poirier at UFC 264 this weekend … but we asked Pac if he’ll be going at the Notorious in the future … and boxing fans will wanna hear what he has to say.