Since stepping back from their senior royal roles earlier this year, Prince Harry and Meghan Markle have been unapologetically outspoken about current world issues. The couple recently discussed the importance of voting in the upcoming presidential election and Meghan’s words quickly received backlash from Donald Trump who criticized her for sharing her thoughts. Now, the Duchess of Sussex isn’t holding back. Meghan Markle’s response to Trump dissing her is the mature way of saying she DGAF what he says about her.

On Sept. 22, Meghan and Harry shared a video message for ABC’s TIME 100 special where the former actress encouraged everyone to vote. "Every four years, we are told the same thing, that ‘This is the most important election of our lifetime.’ But this one is," Meghan said.

Though Meghan did not disclose who she plans to cast her ballot for, Trump did not approve of her comments, saying during a press conference on Sept. 24: "I’m not a fan of hers… and she probably has heard that. I wish a lot of luck to Harry ’cause he’s gonna need it."

So when Meghan sat down (virtually) with FORTUNE’s senior editor Ellen McGirt on Sept. 29, for Fortune’s Most Powerful Women Summit 2020, and was asked about how she pushes forward with sharing her thoughts after hearing Trump’s comments, and others who don’t approve of her, the Suits alum had a lot to say.

"It’s about being authentic," Meghan said. "If you look back at anything that I’ve said, it’s really interesting because it often ends up, what ends up being inflammatory it seems, is people’s interpretation of it. But if you listen to what I actually say it’s not controversial."

Meghan added: "The moment that you’re able to be liberated from all of these other opinions of what you know to be true, then I think it’s very easy to just live with truth and live with authenticity, and that’s how I choose to move through the world." 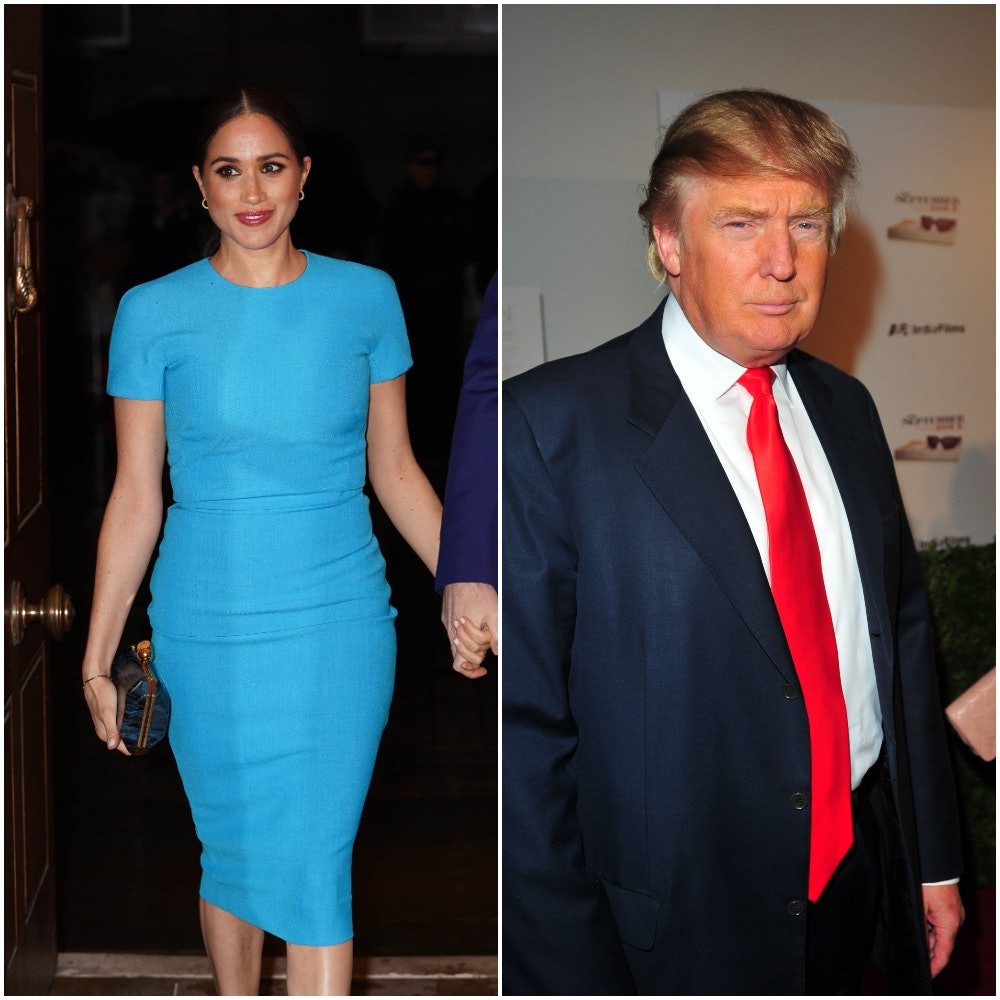 After discussing how her focus is to be authentic and speak from the heart, Meghan shared a realization she has come to. "That is the takeaway that I have found, is if you don’t listen to all the noise out there, and you just focus on living a purpose-driven life and you focus on knowing what your own moral compass is … there are always going to be naysayers," she said.

"The moment that you are able to be liberated from all these other opinions, of what you know to be true, then I think it’s very easy to just live with truth and live with authenticity and that’s how I choose to move through the world," Meghan concluded.

Meghan is clearly not bothered by people’s perception of her, but it seems like it took some time to get to such a place of personal peace.