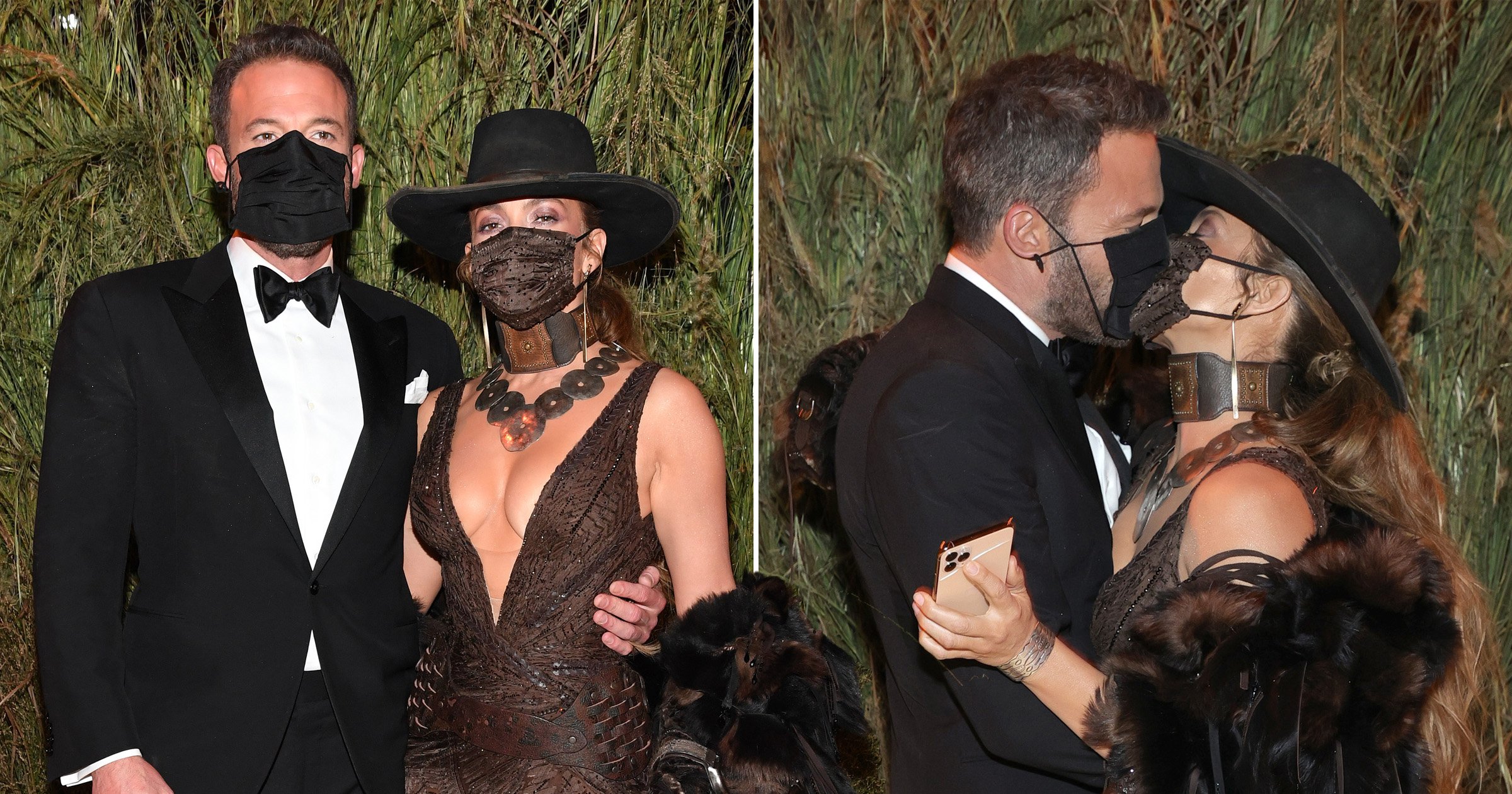 Jennifer Lopez and Ben Affleck are the couple that keep on giving as they put on all the PDA at the Met Gala 2021 just days after making their red carpet debut.

The Hollywood stars joined their fellow A-listers at the Metropolitan Museum of Art on Monday for one of the most extravagant nights of the year but, let’s face it, aside from the lavish outfits, all eyes were on what Bennifer would do next.

They certainly delivered what we all wanted as Jennifer, 52, and Ben, 49, exchanged passionate kisses inside the event. Batman actor Ben didn’t join the Love Don’t Cost A Thing singer on the main red carpet outside, but he sure made up for it as the party kicked off.

Bennifer were a sociable couple as they were spotted posing for pictures with several other guests.

Ben kept it smart and traditional in a black tuxedo while Jennifer brought American western vibes with a cowboy hat which finished off her statement dress, which boasted a plunging neckline and fur.

It comes just days after Jennifer and Ben made their red carpet debut at the Venice Film Festival since reigniting their romance.

The couple first started dating in the early noughties and got engaged in 2002 before calling off their relationship days before tying the knot, citing pressure of media intrusion throughout the wedding planning process.

Rumours that they were back together began circulating earlier this year, shortly after Jennifer’s engagement to former MLB star Alex Rodriguez ended in April.
Bennifer had been spotted spending time in Venice as Ben promoted his upcoming film, The Last Duel. He will appear in the blockbuster alongside Jodie, Matt Damon, and Adam Drive.

This year’s Met Gala theme, meanwhile, is In America: A Lexicon of Fashion, described as an exploration of the nation’s sartorial identity and a deep dive into American ingenuity.