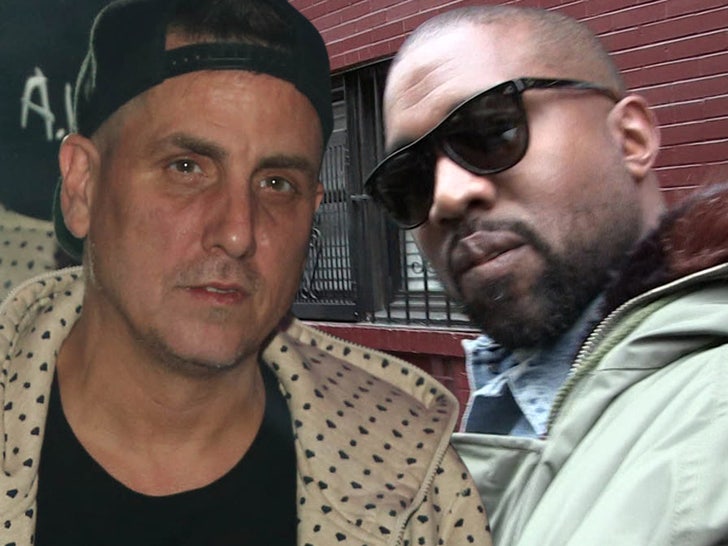 Mike Dean had the whole music world thinking he might’ve abandoned ship on Kanye West‘s forever-delayed album — but the guy says he seeing it through, despite some weird tweets.

The legendary producer and hitmaker was the subject of a lot of conjecture over the past 24 hours due to what people perceived as warnings signs that things were amiss between him and Ye … and the whole creative process behind “Donda” — which still isn’t out yet. 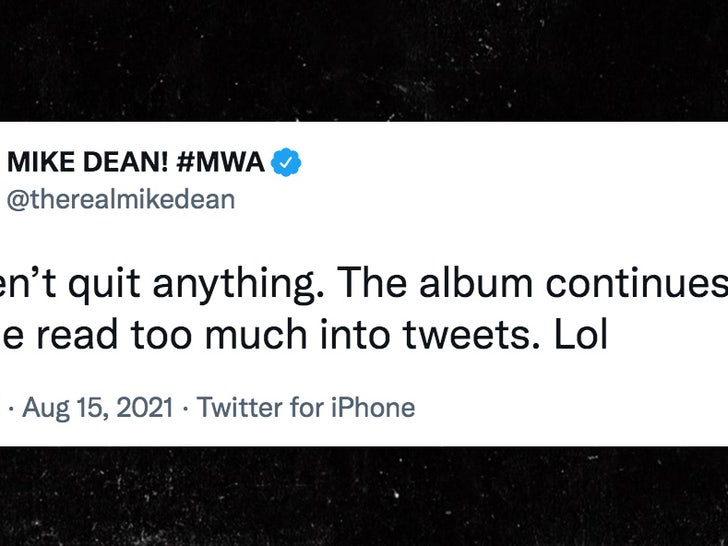 Mike had tweeted things like “F*** IT” … and later responded to a fan who suggested Kanye’s entire rollout for this is unhealthy by saying, “Toxic. That’s It.” He was also posting photos of himself outside, and people took that to mean he’d finally escaped KW’s bunker.

After rumors swirled that he peaced out and left “Donda” behind … the dude finally cleared the air, telling followers that he hadn’t quit anything — and that work on the album continues.

As for all the “toxic” stuff … Mike has also since clarified that he’s mostly talking about incessant fans who are badgering him about the release date, suggesting they themselves are the toxic ones. With that said, he also seems to think the Mercedes-Benz Stadium air might be a little poisonous too, and is just happy to be stretching his legs a bit.

BTW, Mike hasn’t been held hostage there by any means — he’s made a point to address that as well in recent weeks.

Still, it has been a long and arduous journey to get this record out — and there doesn’t seem to be any end in sight at this point as Kanye continues to hole up in the stadium and burn the midnight oil to tinker with the final product. This, of course, after TWO listening events.

During the latest offering this month, Kanye was seen talking to someone on the phone … right in the middle of the performance. Dean said it was actually him Ye was talking to … apparently, over some sort of mixing request, Kanye wanted addressed then and there. 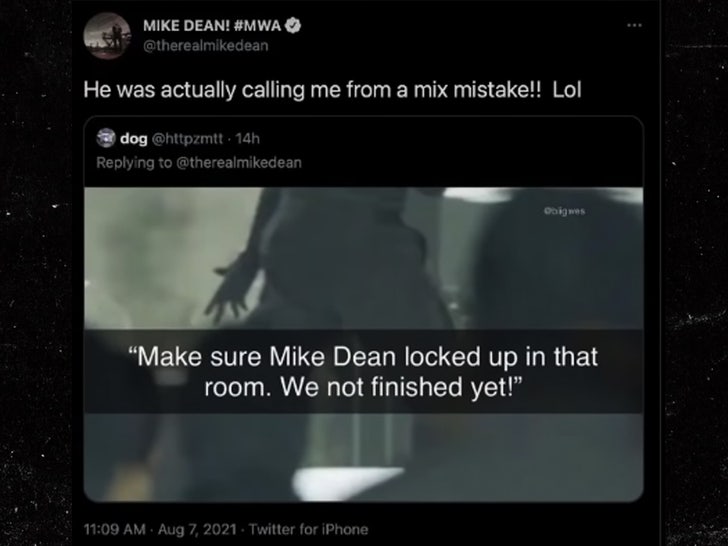 So, yeah … Mike’s been right in the thick of the action for this one — and considering Kanye’s perfectionist attitude toward “Donda,” understandable people jumped the gun in assuming MD was fed up. Turns out, though, he’s not … at least not with that part.