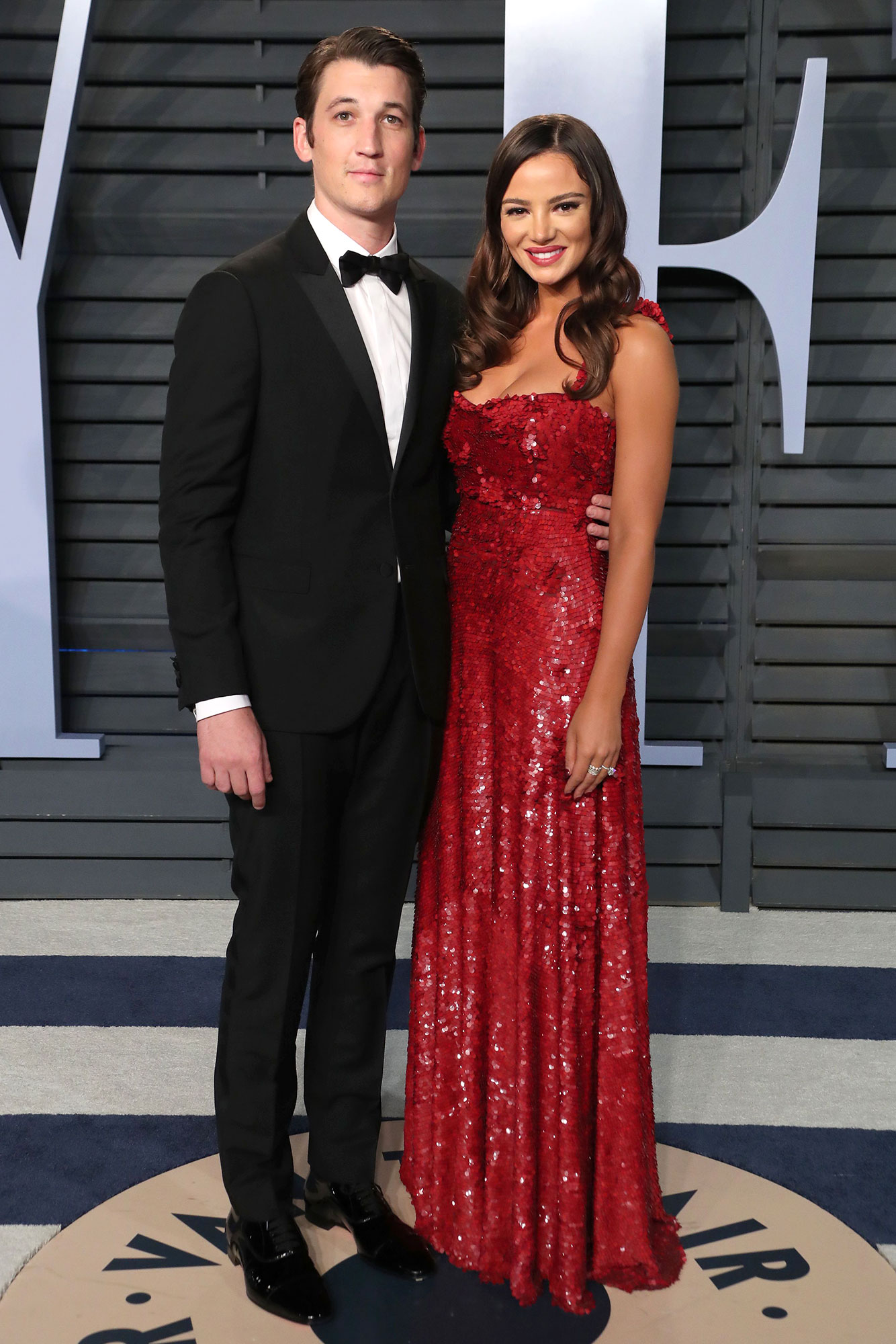 Officially husband and wife! Miles Teller and his fiancée, model Keleigh Sperry, tied the knot in Hawaii on Sunday, September 1.

The bride’s sister Michelle Sperry Mear shared a series of videos from the ceremony and fun-filled afterparty on her Instagram Stories, with one post captioned, “@keleigh_sperry goin to the chapel.” Nina Dobrev and her boyfriend, Grant Mellon, and Rebecca Rittenhouse were among the guests in attendance.

“I had our guide early in the morning tie a rose to a tree, [and we] walked up to this nice, scenic vista having coffee. She looked over and saw a rose and thought somebody had died. Which, whatever,” the Divergent star explained of his proposal while appearing on Live With Kelly and Ryan in October 2017. “I said … ‘Today was the last day you woke up as my girlfriend.’”

Almost immediately, the couple started planning a destination wedding. “Smaller than some, bigger than others!” Teller teased to Us Weekly exclusively in October 2017. “It won’t be in our backyard, so we’ll travel somewhere. But we’re figuring it out.”

The Fantastic Four star admitted to Us that he has “a hard time not being involved,” but he understood that the wedding would be Sperry’s special day. “I’ll let her take the reins on a lot of things,” he said at the time.

“I’ll mess around with the reception, but I’m not a control freak,” Teller added. “To me, it’s a celebration – it’s a celebration of our love and expressing who we are to all our friends and family. So, hopefully, I don’t just get pushed to the wayside. … I know how to throw a good party!”