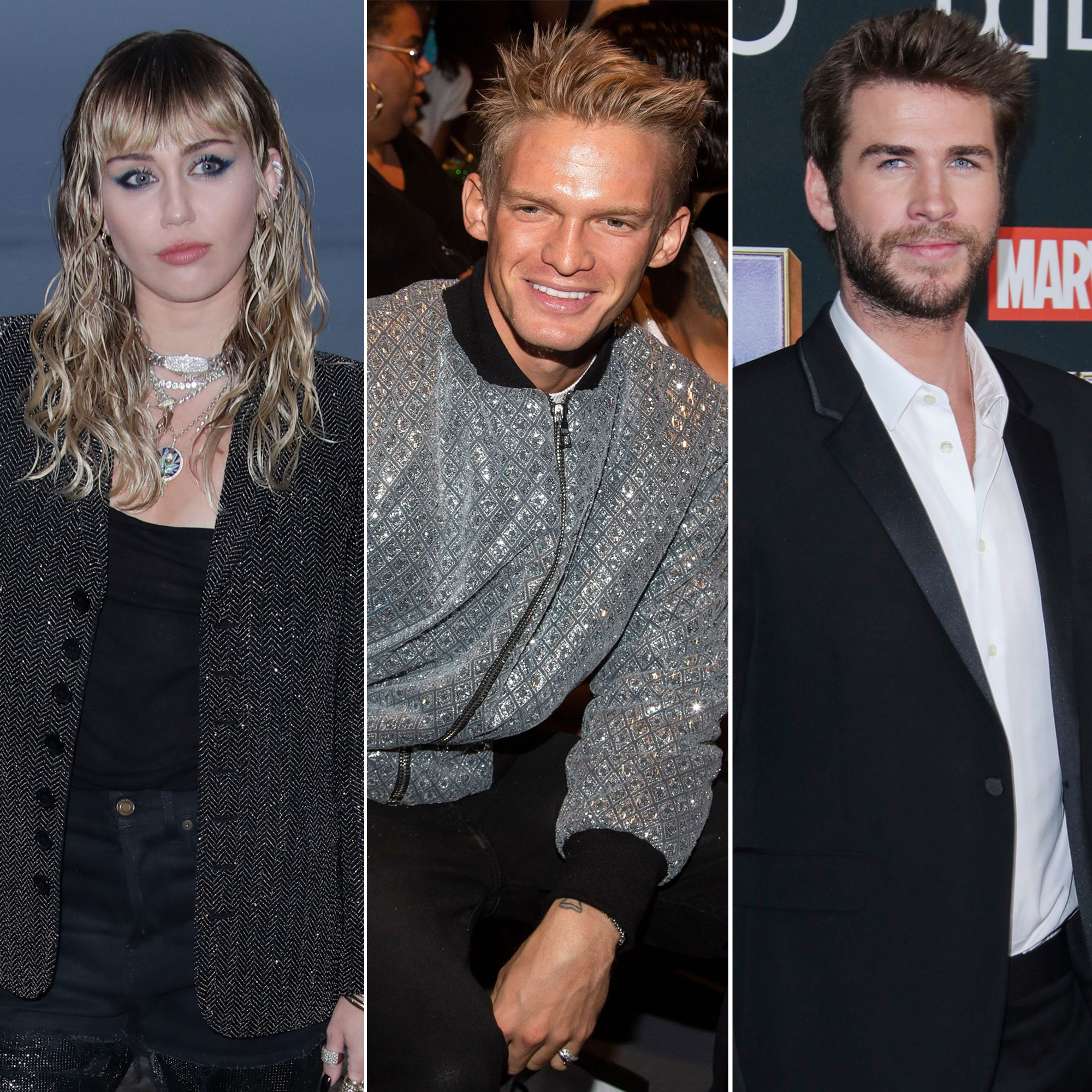 Cyrus, 26, and Simpson, 22, exchanged the PDA at the Los Angeles restaurant Backyard Bowls, an onlooker tells Us Weekly. “They walked in holding hands and looked around a bit, but then started to get pretty comfortable and were not shy about showing their affection towards each other at all,” the onlooker says. “They were both standing at first, flirting and kissing. Then they came and sat down.”

“Miley got up and sat on Cody’s lap and started making out with him,” the eyewitness adds. “His name was called at the counter, and he grabbed his smoothie bowl, and they left together holding hands.”

The duo have known each other for a while: Cyrus was on hand at the Aussie singer’s “wild” 18th birthday party in January 2015, alongside her then-boyfriend Patrick Schwarzennegger. That March, the “Wrecking Ball” singer posted a photo of Simpson with his then-girlfriend Gigi Hadid after Photoshopping her face over his.

Simpson sounded off on Cyrus on the Zach Sang Show in May 2015. “We’re sort of just mates because, like, we have a lot of similar views on stuff,” he said at the time. “We get on super well. She’s the chillest. She’s the coolest girl I’ve met here in L.A. She doesn’t have insecurities or stuff like that. She just rolls around, drives this three-wheel motorbike.”

And in an interview with GQ Australia that December, the “Underwater” singer said, “Miley is one of my best friends and she helps with some of that transitional stuff — trying to escape your childhood. She’s super open-minded and I’m working on becoming more like that.”

For her part, Cyrus joked about finding “new potential partners” in an Instagram caption on Wednesday, October 2. The “Mother’s Daughter” performer announced her breakup with Hemsworth, 29, in August after seven months of marriage to the Hunger Games star, who filed for divorce less than two weeks later.

One day before the split announcement, Cyrus made out with Carter, 31, who had just parted ways with Brody Jenner. Cyrus and the blogger were seen out together multiple times over the next month before they split in late September.