BBC Breakfast presenter Naga Munchetty, 45, revealed she had been “tempted” to adopt a new addition into her family during the coronavirus lockdown period. She and co-host Charlie Stayt, 58, spoke to England’s Chief Veterinary Officer Christine Middlemiss on Thursday morning, discussing pet owners giving up their animals due to them becoming an inconvenience now lockdown is over.

In lockdown I’ve been really tempted

RSPCA have received an increased number of animals being dropped off at their centres because the vet bills are “too high”, or they just don’t have the time for them anymore.

Christine made sure that viewers knew the exact age and condition pets should be in when a seller agrees the sale, and was adamant that buyers should be doing their own research and making sure they’re buying from a reputable seller.

Charlie asked if she had any pets of her own to which she replied: “No I don’t at the moment, with my job I travel an awful lot and it just wouldn’t be fair.”

And that’s something that Naga resonates with completely.

“That’s the thing though,” she agreed. 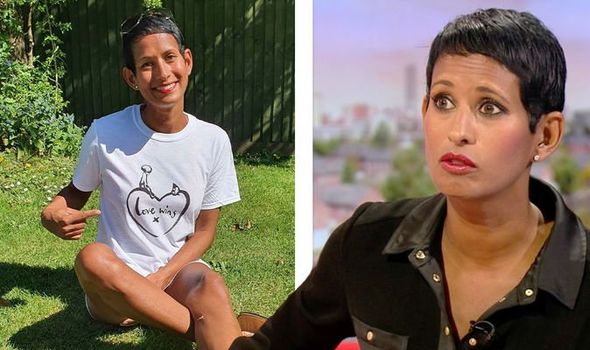 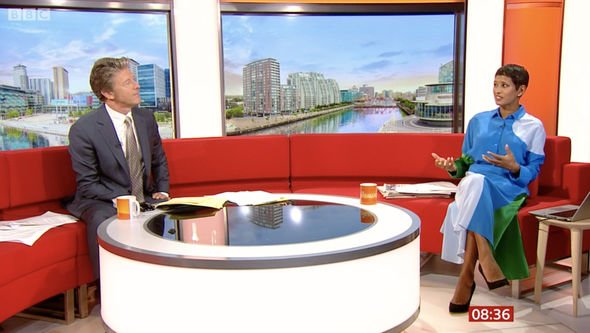 “In lockdown I’ve been really tempted to [get another pet].

“You think you have more time because you’re at home or your family does, and then you just think when life gets back to normal, if and when…” she trailed off, implying she wouldn’t have the time to care for an animal with her demanding TV duties.

She passed the spotlight over to sports correspondent Mike Bushell, who was waiting patiently to deliver the latest sports news.

“You got a dog not so long ago didn’t you?” she asked.

“Almost six months ago and I really agree with all those points there!” he replied, acknowledging how important Christine’s remarks were to prospective pet owners.

He suggested getting a dog that “suits your personality”.

“I have a Springador, but I do love doing running and being active and they’re accused of sometimes being quite jumpy so it suits, and it’s been great.”

Before moving on, the studio team and their guest urged viewers who were looking to adopt a pet at any point, to visit a shelter and save one of the many animals who had been handed back by people who are unable to care for them anymore.

Naga might have thought it was the right time for a new pet as she and her husband lost two cats back in 2017, and a third called Max the year after.

“It doesn’t take long for pets to take a part of your heart,” she wrote.

“Our lovely Max wasn’t part of our family for nearly long enough. He lost his fight against a horrible illness last night.”

She described her fluff-ball as an “affectionate, head rubbing, cool dude to the end” before adding: “I’ll miss him so much.”

The presenter is hailed for her unique outfit choices daily, with fans taking to social media to ask her wear she buys her ensembles from.

But yesterday, not everyone was a fan.

The matching shirt and skirt combination was mistaken for a dress by many, but Naga disregarded the negative reviews swiftly.