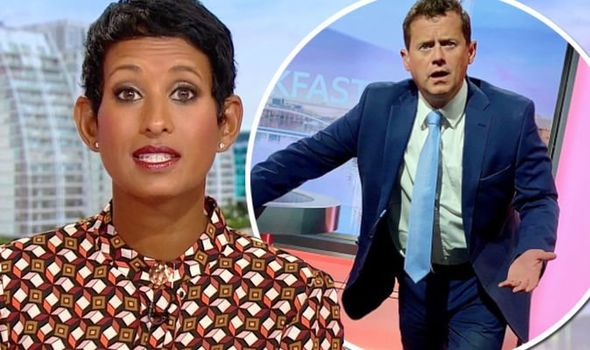 BBC Breakfast star Naga Munchetty shared her reaction with fans online this morning after her co-star had an accident in the TV studio. Sports presenter Mike Bushell said he was so excited to see the television presenter and her co-star Charlie Stayt that he dropped and smashed his precious mug.

Mike posted a picture on Twitter today following the incident and explained what had happened.

He told his 58,800 followers that his microphone cable had got caught on his mug and he accidentally launched it across the studio.

In the social media snap the 54-year-old star is seen pulling an animated expression as the broken china laid in pieces on the floor.

Next to the image, the presenter wrote: “Breaking! Literally. A precious @BBCBreakfast mug just before we went on air.” 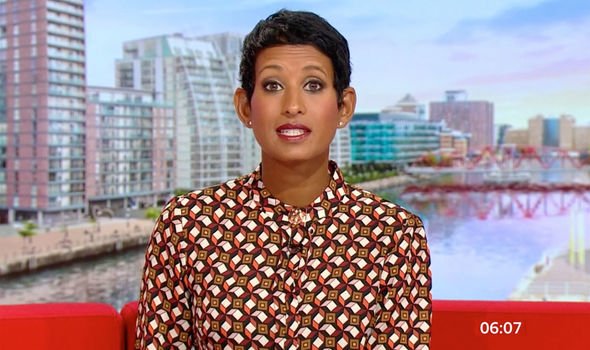 Mike went on to say: “I was a bit excited to see @TVNaga01 and Charlie and lassoed it with my microphone cable.

“Bodes well and hoping the sport at 0630 might bail me out. @GarethBale11 incoming.”

“Uh oh…” she added followed by a gritted teeth emoji. 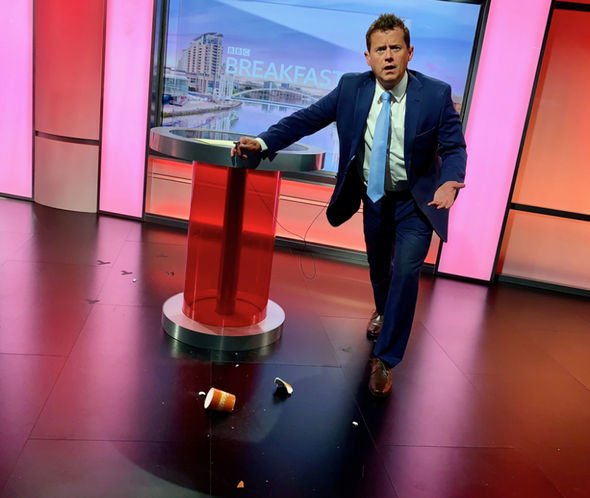 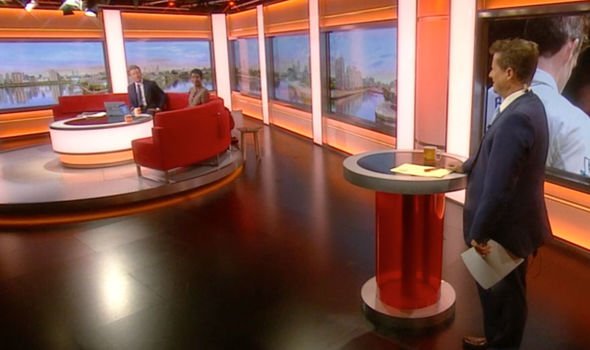 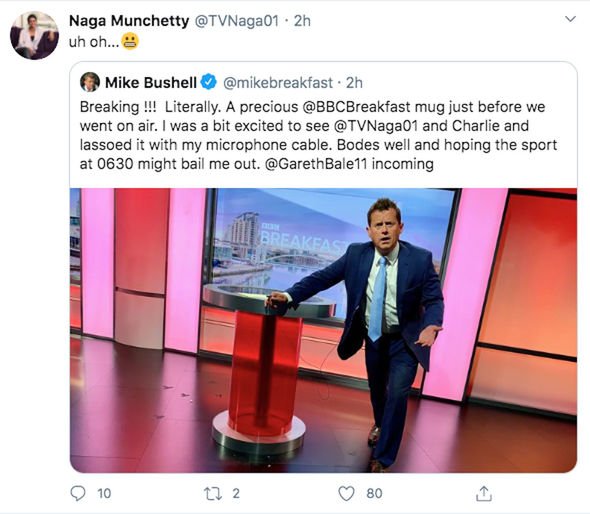 “Awwww better it happen before rather than during!” one follower pointed out in the comments section of the picture.

“Sack the juggler,” another joked.

“Oh dear, why is it always Mike [laughing emoji],” a third fan remarked.

A fourth viewer added: “I thought with all the sports you’ve tried you would have ninja like reactions. Shoulda woulda coulda caught the mug.”

A BBC co-worker also jokingly said Mike should be punished for his mishap, adding: “The official punishment for this is that you have to do a brew round.”