Natalie Portman, 40, Goes Makeup-Free & Rocks Denim Shorts As She Goes For A Hike In L.A. Upon returning home to L.A. after filming ‘Thor 4’ in Australia, Natalie Portman was spotted rocking a casual look while on a hike with her son, Aleph.

Natalie Portman, 40, looked super casual on a recent hike with her 10-year-old son Aleph Portman-Millepied in Los Angeles. The Oscar-winning actress recently returned home to Calif. after living in Sydney, Australia since Sept. 2020 filming Thor: Love and Thunder, and on Tuesday (Aug. 17) she was spotted hiking the gorgeous mountains of Los Feliz with her eldest child. Natalie went makeup-free for the scenic outing, and she dressed casually in a blue graphic T-shirt, denim shorts, a stylish black hat and comfortable sneakers. 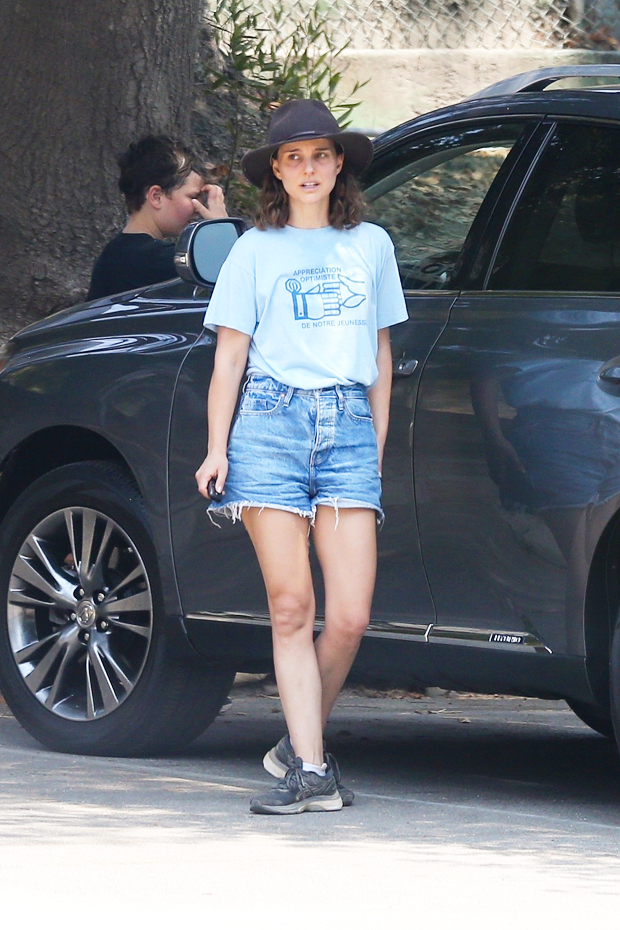 Natalie and Aleph, whom she shares with husband Benjamin Millepied, 44, were not alone for the hike. The mother-son duo were also joined by one of the actress’s male friends and their family dog. Natalie held onto the canine via a leash as the group took a stroll through the hiking trails together to get some exercise in.

Natalie just got back to Calif. after she and her family fled Sydney shortly before a new COVID-19 lockdown was enforced. She was expected to remain in Sydney to film the HBO TV movie Days of Abandonment, but dropped out of the project just before filming commenced. “Due to unforeseen personal reasons, Natalie Portman has stepped down from HBO’s Days of Abandonment prior to the start of filming,” HBO said in a statement to The Hollywood Reporter. Natalie was slated to both star in and executive produce the film, based on the novel of the same name by Elena Ferrante. 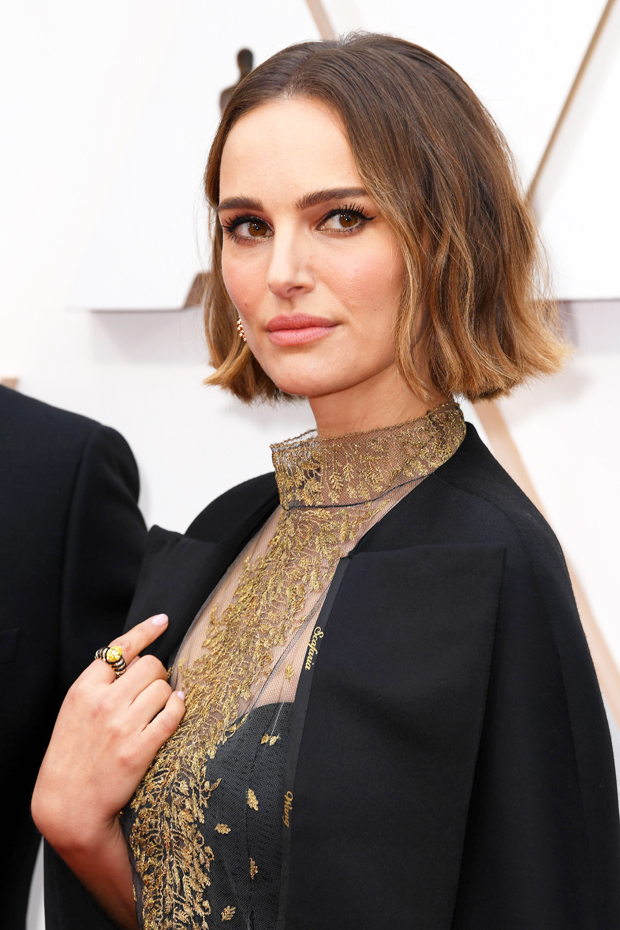 Natalie spent nearly a year in Australia with her husband and kids Aleph and Amalia, 4, working on the upcoming Thor flick. She arrived in the Land Down Under in Sept. and was seen at Sydney’s Fox Studios in early Nov. while preparing to play the role of astrophysicist Jane Foster, who becomes a female Thor, in the fourth film of the saga. She also appeared in 2011’s Thor and the 2013 sequel Thor: The Dark World so she’s no stranger to the iconic films. Other major stars such as Christian Bale and Chris Hemsworth will also be in the upcoming feature.

Shortly after she arrived in Australia, Natalie was seen having a great time in Byron Bay in early Oct. while showing off her stunning figure in a high-waisted bikini. She was joined by her adorable daughter Amalia as they played in the sand and enjoyed the sunny weather.