Exes Ashanti and Nelly came face-to-face during a Verzuz battle between Ja Rule and Fat Joe on Sept. 14, and the rapper even went in for a hug onstage!

Ja Rule and Fat Joe went head-to-head during a Verzuz Battle at Madison Square Garden’s Hulu Theater on Sept. 14. Both artists brought out some of their most famous collaborators to try and give themselves an edge up in the competition. For Ashanti, that meant pulling double duty — she sang some of her hits with Ja Rule, but then also performed “What’s Luv?” with both artists, and the crowd totally went wild. Meanwhile, her ex, Nelly was on Team Fat Joe and performed with the rapper.

After his performance, Nelly didn’t shy away from trying to go get a hug from Ashanti. Cameras showed him heading her way onstage and leaning in for the hug. Unfortunately, the cameras cut away at that exact moment, so it’s unclear exactly how the interaction ended. However, all signs point to a friendly reunion between the exes!

Ashanti and Nelly met at a press conference for the Grammys in 2003 when they were two of the hottest hip-hop/R&B artists in the industry. They started dating shortly after that, and were together for more than ten years before calling it quits in 2014. Although the two were pretty private about the breakup, Ashanti admitted that a lack of trust is what led to things ending.

“I think sometimes when people have their own insecurities, it allows them to act out of character,” she admitted in 2015. “I’ve been betrayed. I’m not a big fan of people being cowards. I’m in a different place now.” During a concert in 2018, she also told the crowd, “I’ve been betrayed before, publicly. F***that.” In response, one fan yelled out, “F*** Nelly,” to which Ashanti reportedly responded, “Word!” 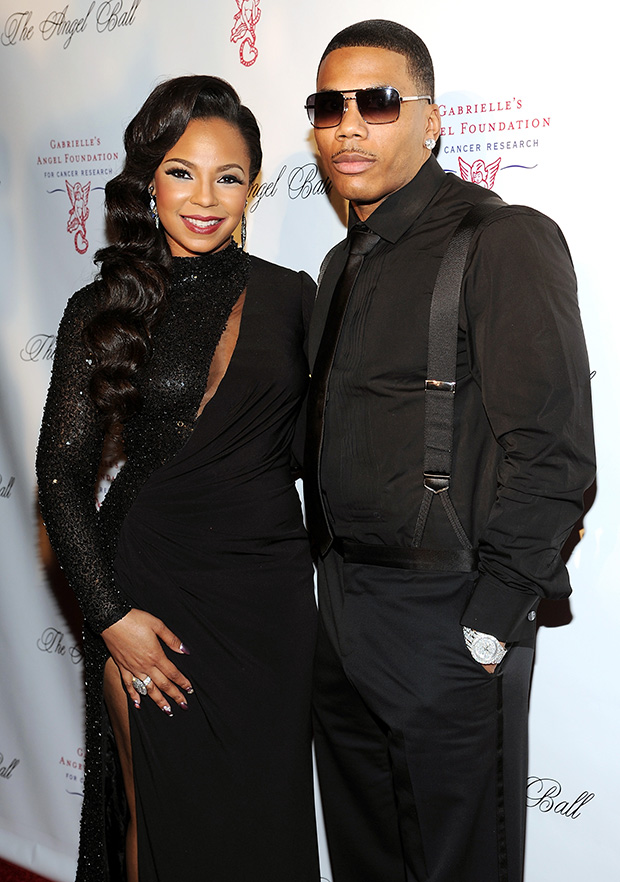 Things definitely didn’t seem to be on amicable terms between the pair at that point, and in 2019, on Watch What Happens Live,Andy Cohen asked her where she stood with the rapper. “I honestly haven’t seen him since we broke up,” Ashanti said. “It’s crazy.” It’s unclear if the Verzuz Battle is the first time these two have reunited since the WWHL interview, but it was definitely a crazy setting for the reunion!

Shortly after his split from Ashanti, Nelly began dating Shantel Jackson. They were together for seven years before splitting up earlier this summer. Shantel confirmed the news herself via Instagram, telling a fan that she and Nelly were “just friends.” Meanwhile, in April, Ashanti sparked romance rumors when she posted a photo with a mystery man on Instagram, but she wound up clarifying that the man was just a restaurant manager at an establishment she was dining at.