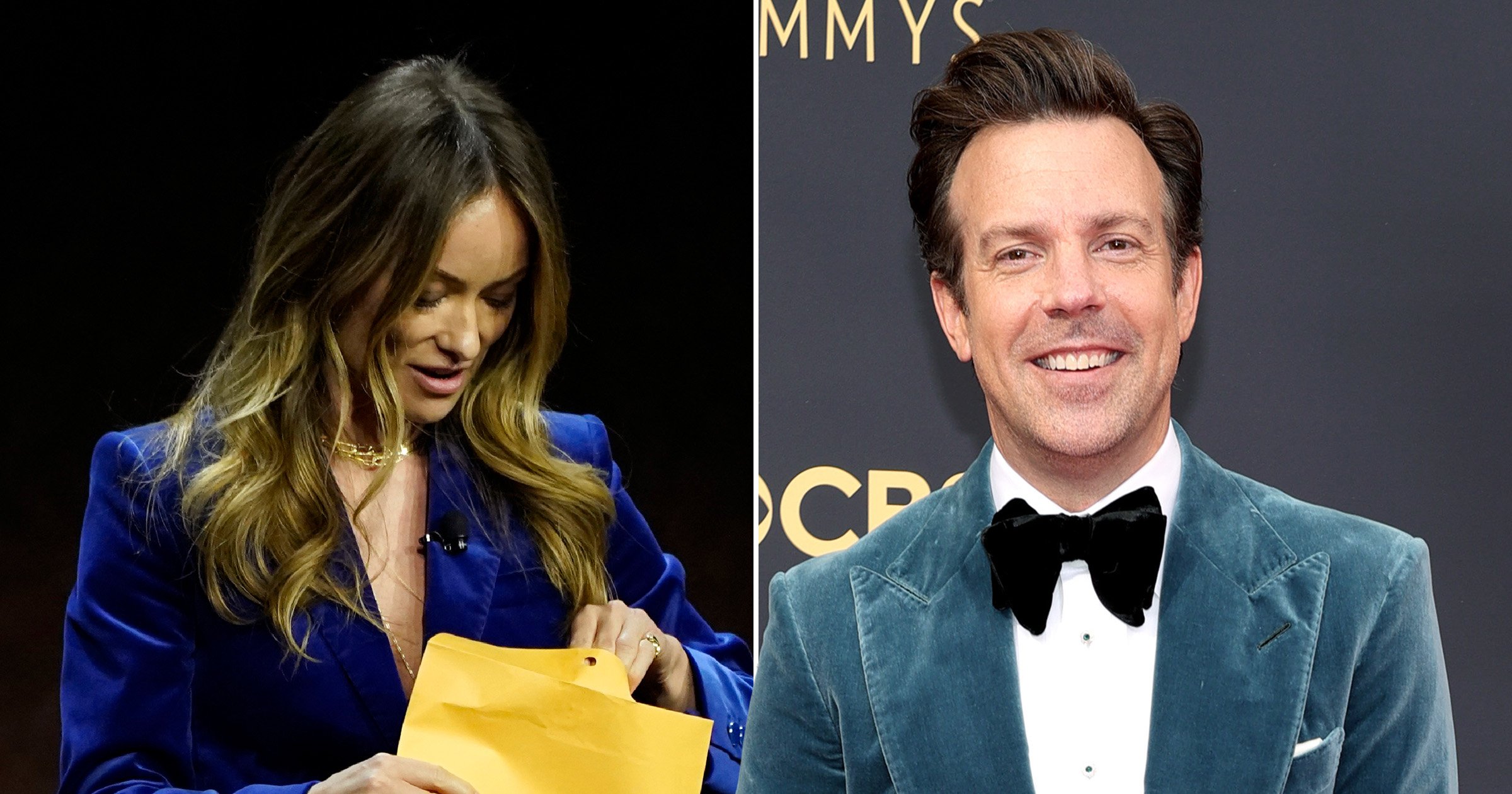 Olivia Wilde recovered like a total pro after she was served legal documents by ex-partner Jason Sudeikis, a new video has shown.

The OC actress was on stage at CinemaCon 2022 last week, giving a presentation on upcoming film Don’t Worry Darling, when she was approached by someone in the audience.

A clip has emerged in which the 38-year-old could be seen speaking about the flick, and was thought to be just getting into her speech when the person in question placed an envelope – thought to be containing custody papers – on the platform.

‘Not just for material, tangible things like a beautiful house and perfect weather and a gorgeous car,’ Olivia said before being interrupted.

As the person slid the envelope over, the mom-of-two clarified that it was for her as she picked it up on stage.

‘This is for me? Right now?,’ she said as the audience could be heard laughing at the initial interruption.

‘This is very mysterious. I’m going to open it now because it feels like it’s a script…’

‘Oh, okay. Got it. Thank you,’ Olivia replied in the clip, obtained by TMZ, before continuing on with her presentation like a pro, keeping the documents clutched in her hands.

Fans were left divided over the move but Ted Lasso star Jason – who shares children Otis and Daisy with the actress – was reportedly unaware of how publicly she was served the paperwork.

‘Mr Sudeikis had no prior knowledge of the time or place that the envelope would have been delivered as this would solely be up to the process service company involved and he would never condone her being served in such an inappropriate manner,’ his reps said in a statement at the time.

Olivia and Jason started dating in 2011 and announced their engagement two years later.

They share children Otis and Daisy together but their romance wasn’t to last, and they went their separate ways in 2020.

The filmmaker is currently dating Harry Styles while Jason has been linked to Keeley Hazell.

While Olivia has remained silent on the incident, organizers for the event are trying to get to the bottom of exactly how the woman in question was able to get on stage in the first place.

Speaking in the WrapUp podcast, John Fithian, the National Association of Theatre Owners president and CEO, was questioned on whether they know the woman’s identity.

‘We don’t know how this person got a registered badge to get through security to get into the auditorium. We just haven’t figured it out.’

John also confirmed that they had put plans into motion to make sure something similar doesn’t happen in the future.

‘It’s unfortunate. And we’ve had this show running for 30 plus years, this has never happened’ he added. ‘And so, we have re-evaluated our protocols, and we’ve already changed right here at the show. We’ve now got security at the front of the stage.

‘But we’ve never had an incident like this before, because this is an industry show. This isn’t Comic Con, right? These people are invited to come to the show, they register, they register the occupations, they get their delegate badges.’