Oti Mabuse shared a video with her 309,000 Instagram followers this morning following the Rugby World Cup 2019 final. The professional dancer was seen celebrating around the Strictly Come Dancing studio on her own after South Africa won against England.

Everybody’s English here, so nobody’s celebrating with me

The 29-year-old was filmed alongside her dance partner Kelvin Fletcher, who threatened to turn off the television as the SA team were given their medals.

The dancer, who was born in Pretoria, South Africa, couldn’t hide her jubilation after her team managed to score 32 points to their rival’s 12.

Her clip saw her chanting in the wings of the programme, while the sparkly set could be seen behind her as well as a screen showing the game.

“Everybody’s English here, so nobody’s celebrating with me,” she told her fans, as it was impossible to miss she was the only one feeling happy. 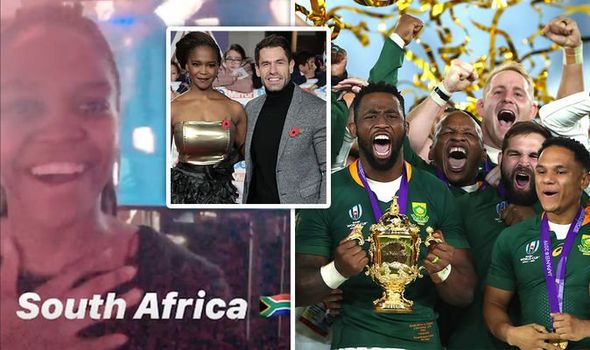 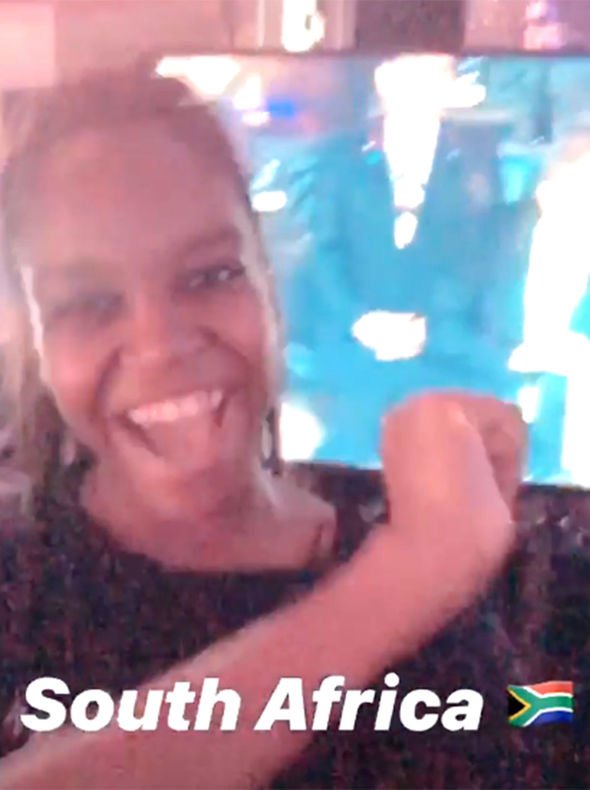 “I don’t know,” she answered, not letting it dampen her mood. “Yes! We are world champs! Wow!”

“Anyone got the remote so I can turn it over?” actor Kelvin, 35, quipped, after seeing England lose.

Laughing, Oti told him: “Don’t be mad! Don’t be blue,” before the focus undoubtedly moved to their Viennese Waltz, which they will perform tonight. 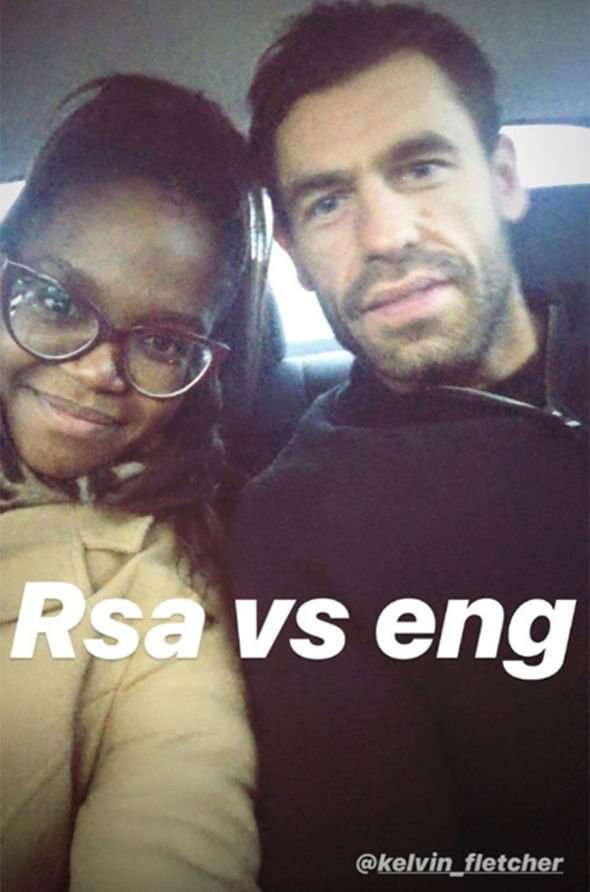 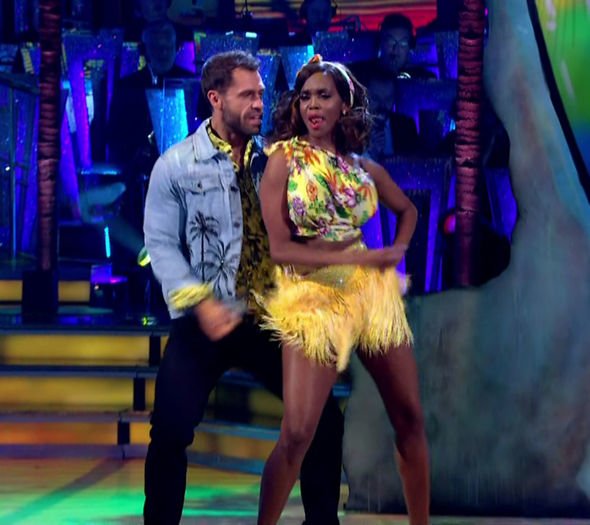 The star also tweeted her 110,000 followers: “SOUTH AFRICA!!!!!! We love you and we are world champs… Sounds the call to come together and United we shall stand…”

Oti also shared a video of South Africa player Siya Kolisi talking about the win: “I have never seen South Africa like this.

“We were playing for the people back home. We can achieve anything if we work together as one.”

Kelvin had earlier quipped: “Well @OtiMabuse looks like we will go to battle this morning and then hopefully we will make friends in time for tonight’s dance. Come on ENGLAND.”

“Congratulations South Africa !!!!!! Our country is still healing and sport is just one of those things that unite us !!!!!! bokkkkkkeeee bokkkkkkeeee.”

Dan Walker and Jeremy Clarkson were among those commiserating with Kelvin online, taking to social media to react to the defeat.

The Grand Tour presenter shared a rude image of a springbok and a bulldog, adding: “Congratulations to South Africa. You killed us.”

Strictly Come Dancing 2019 continues tonight at 7pm on BBC One.