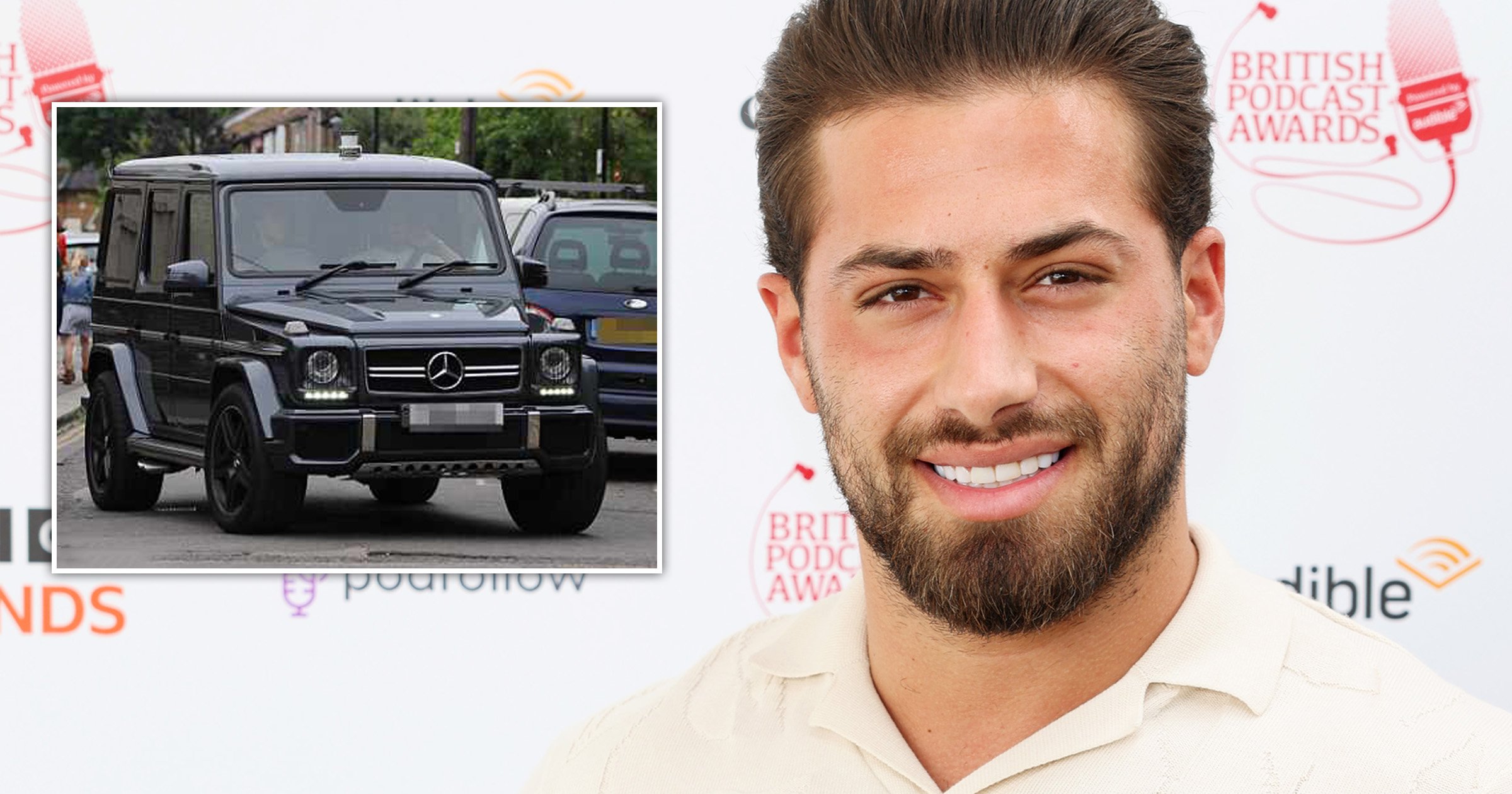 A woman who lost her partner in a road accident involving Love Island’s Kem Cetinay has taken their daughter to the crash site.

Reality star Cetinay, who won the 2017 series of the ITV2 dating show, was driving in Romford, Essex on Thursday when his vehicle collided with a motorbike.

Despite best efforts from paramedics, the motorcyclist – who has been named as Tommy Griggs – was unable to be saved.

Now Griggs’ partner, Amba Davies, has taken their one-year-old daughter to the site where her father lost his life.

The heartbroken woman posted a photograph to social media of their baby daughter standing among the dozens of candles, flowers and other memorials left to Griggs.

Dressed in pink shorts and t-shirt, the little girl could be seen with her arm in the air as she stood beside a blue helium balloon emblazoned with the words ‘R.I.P Tommy.’

Writing alongside the devastating photo, Davies wrote online: ‘The last 4 years haven’t been the easiest but you gave me the best gift anyone could ever have given me.

‘She loves you so much Tommy and I’m going to tell her about you every single day and I’ll make sure she makes you so proud!’

Davies added: ‘You have my heart Thomas Roy Griggs. May you rest in eternal peace.’

It’s understood the couple had celebrated their daughter’s first birthday just days before Griggs was killed in the collision.

The Daily Mail reports that a ‘distraught’-looking Cetinay declined to comment when approached near his parent’s home in Essex on Friday, but his father, Niyazi, said his son was ‘so upset’ by what happened.

He said: ‘Kem is so upset and in shock by this. It is even more sad that we know now the motorcyclist had a baby daughter. It is so tragic.‘

Cetinay has not spoken publicly about the accident, though a source told the Daily Mail he has been left ‘traumatised’ after the collision.

They added he is ‘‘dealing with the shock alongside close friends and with his family,’ and described him as a ‘sensible driver’.

The reality star was not arrested, and has been helping police with their enquiries, with a rep for Cetinay saying he was ‘being treated purely as a witness to the incident.’

A Metropolitan Police spokesperson told Metro.co.uk after the tragic collision: ‘Police were called at 11:32hrs on Thursday, 4 August to reports of a collision at Shepherds Hill, Romford.

‘Police and London Ambulance Service [LAS] attended. At the scene a car had been in collision with a motorcycle.

‘Despite the efforts of medics, the male motorcyclist [no further details] was sadly pronounced dead at the scene at 12:04. Enquiries are underway to notify next of kin.

‘The driver of the car stopped at the scene and is assisting police with their enquiries. He was not arrested.’

Cetinay rose to fame on series three of Love Island on which he struck up a romance with Welsh actress Amber Davies, with the pair going on to win the series outright.

However they split in December 2017, just four months after leaving the villa.

In 2021, Kem marked another career milestone after opening his own restaurant, Array, in his hometown of Essex.

An aide to Cetinay reportedly told the MailOnline that the star was driving to his restaurant when the incident occurred.