Piers Morgan, 54, has condemned MPs for continuing to delay Brexit and fumed the British electorate should “never vote again”. The Good Morning Britain host took to the micro-blogging site and lashed out at the “Brexit fiasco” as he hit out at politicians for so far failing to uphold the Referendum vote. The outspoken journalist, who voted Remain during the 2016 vote, has said it’s an “absolute disgrace” that the British vote has been ignored over the past three years. In view of his 6.8 million followers, Piers said: “The only unarguable fact about this Brexit fiasco is that there’s now a concerted campaign driven by Parliament to stop it happening. And as someone who voted Remain, I think it’s an absolute disgrace. If Britain doesn’t deliver Brexit, none of us should ever bother voting again.”

His comments certainly divided his following with some agreeing with the ITV favourite.

One person commented: “It’s hard to see how you could possibly be living in a Democracy when your political leaders ignore the results of Democratic Referendums like #BREXIT.”

Another person said: “I didn’t vote Leave for a great deal. The idea of deal didn’t come into it for me. Out just meant out.”

While a third person added: “Although I feel very frustrated and angry about what Parliament are doing, I will continue to exercise my democratic right to vote. Many in Parliament would be happy if we just gave up. I will never give up. Brexiteers will win through in the end.”

However, another said: “It’s amazing to me how you still can’t grasp the difference between stopping No Deal Brexit, which has no mandate and stopping Brexit, which nobody is actually doing.”

Another person commented: “Well, @piersmorgan, let us not get carried away.” 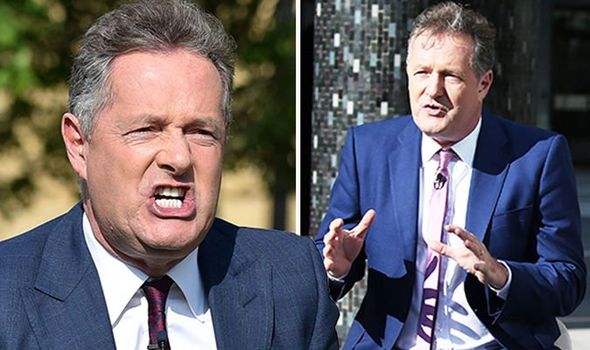 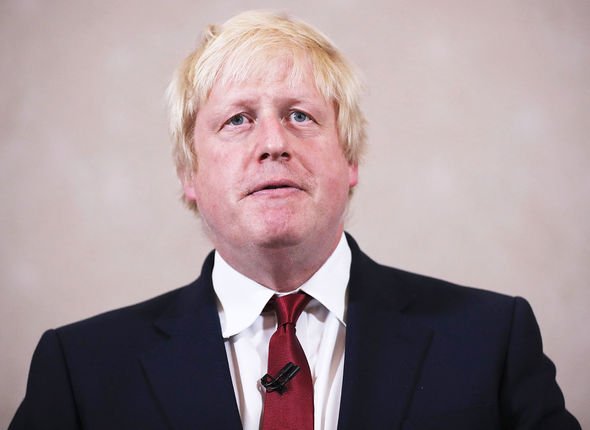 A third person added: “You have to keep voting, what else can you do? Things definitely have to change for future votes and parliamentary procedures/behaviour though!”

Piers’ remarks comes after Parliamentarians and peers in the House of Lords approved a bill to stop a no deal Brexit on October 31 and ordered Prime Minister Boris Johnson to extend Article 50 unless a deal was approved by October 19, last week.

Boris has since made calls for a snap general election with a vote to be held today.

The Prime Minister’s key advisers held a meeting yesterday to thrash out a strategy to scupper Parliament’s efforts to force a three-month Brexit extension if no new deal is agreed. 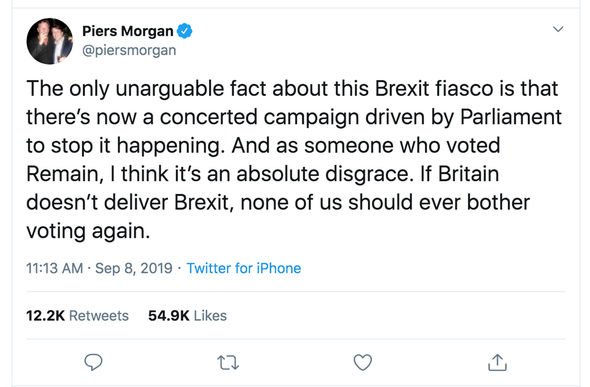 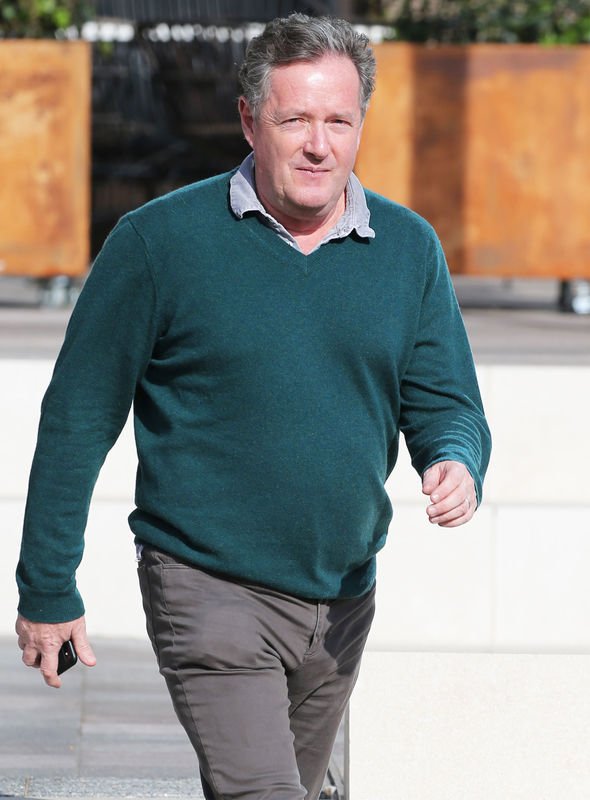 Speaking about her departure, Piers appeared unphased as he threw his support behind the Prime Minister.

The GMB correspondent said: “All seems cataclysmic for Boris but I still wouldn’t bet against him emerging victorious.

“Remember, the majority of the country voted Leave…they will still be with him.”

Good Morning Britain airs weekdays on ITV at 6.30am.