Piers Morgan, 54, took to the micro-blogging site and shared a short video clip of sports star Sir Mo Farah, 36, praising Susanna Reid ahead of his starring role in her Soccer Aid 2019 team. The Good Morning Britain host appeared unimpressed as the Olympic runner told Lorraine Kelly he was confident Susanna would lead their team to victory on Saturday night in the charity event. However, Pier’s responsibility is to head up the Soccer Aid World XI alongside former football manager Harry Redknapp, 72. In view of his 6.67 million followers, he retweeted a clip taken from Lorraine’s morning show which read: “Which team are you backing at this weekend’s @socceraid? England captain @Mo_Farah tells his ‘mate’ @reallorraine that he’s feeling confident with @susannareid100 leading the team: ‘I definitely believe in Susanna… Girl power!’”.

The Good Morning Britain hosts will be battling it out to see who will come out winners in the Soccer Aid Charity match.

They will be joined by a few professional athletes including Jamie Redknapp, John Terry and David Seaman.

The money raised from Soccer Aid will go towards the charity’s work protected children from danger across the world. 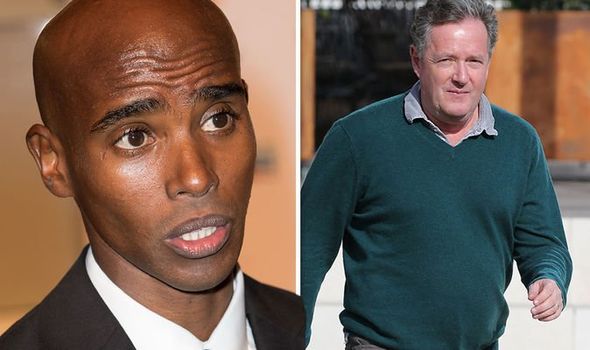 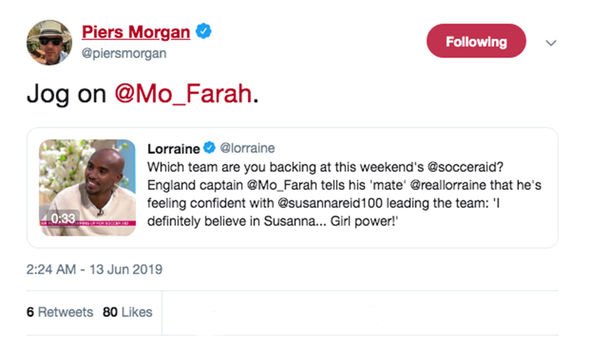 She wowed in an asymmetrical royal blue dress which boasted an open cut across her chest which flashed a glimpse of her cleavage.

The small-screen star looked effortlessly chic as she beamed for the camera, as the figure-hugging dress cinched at her waist.

Both on-screen stars regularly go back and forth with their cheeky banter as Piers recently dished on his co-stars crush.

Speaking to The Sunday Mirror magazine, the ITV star suggested the “chemistry” the pair share on-screen comes from the fact his co-star his “fancies” him to which she vehemently denies. 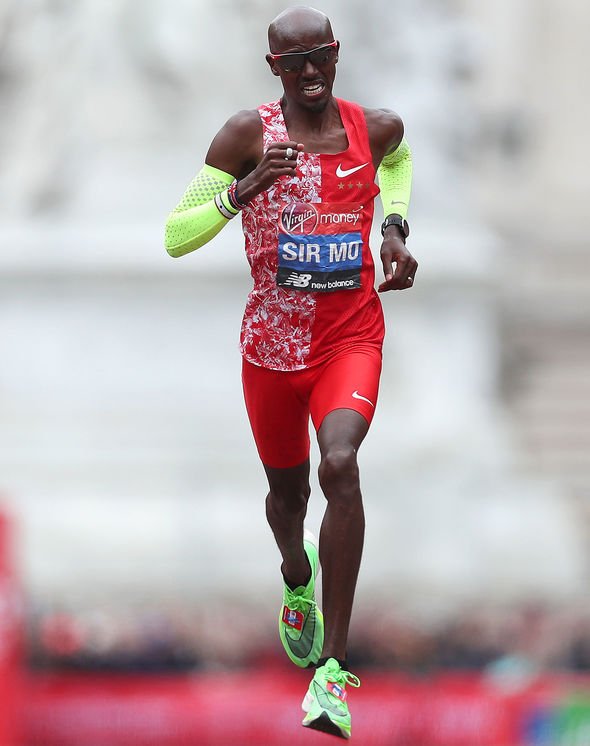 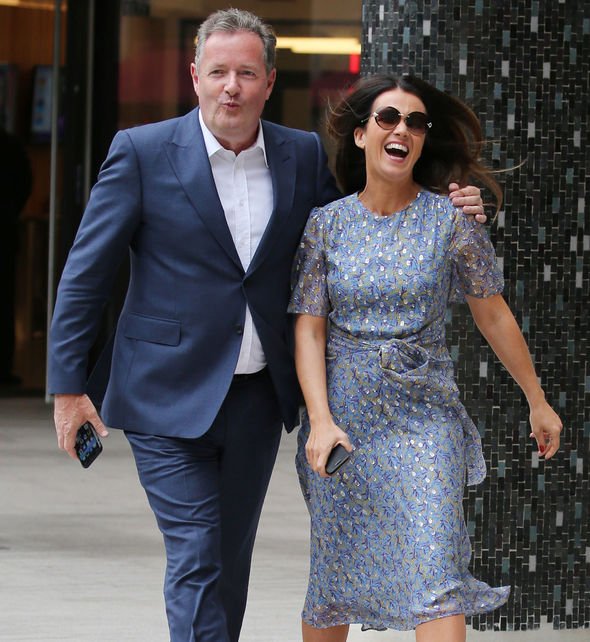 Susanna told the publication: “Piers would like you to think I fancy him.”

Piers replied: “I’ve heard the rumour. I think I started them. But for her to insist to such an insane level that she doesn’t fancy me, suggests she does.”

The brunette beauty, hit back: “I can’t even respond to that.”

Good Morning Britain continues tomorrow at 6.30am on ITV.

Soccer Aid will air on Sunday on ITV at 6.30pm.