Becca Kufrin’s relationship status with Garrett Yrigoyen may still be a mystery, but Rachel Lindsay’s feelings for her friend’s fiancé are clear.

“I think he’s a piece of s—t,” Lindsay, 35, told Danny Pellegrino on his “Everything Iconic” podcast released on Wednesday, July 29, about Yrigoyen, 31. “I have said to her, ‘I will not f—k with him.’ He has doubled down on his beliefs. This isn’t the first time he’s had problematic behavior. When he was on the season, he had a history of ‘liking’ things that were racist, sexist, homophobic, calling the Parkland students child actors, it was a lot, so this is who this man is. And he’s a piece of s—t to me.”

Lindsay’s initial issue with Yrigoyen stems from 2018 when he made headlines for previously “liking” offensive social media posts mocking Parkland shooting survivors, immigration and members of the LGBTQ community as he competed on Kufrin’s season. He apologized at the time. More recently, the attorney and the former publicist, 30, had a tearful conversation about Yrigoyen on their “Bachelor Happy Hour” podcast in June after he shared support for the police amid the Black Lives Matter movement. 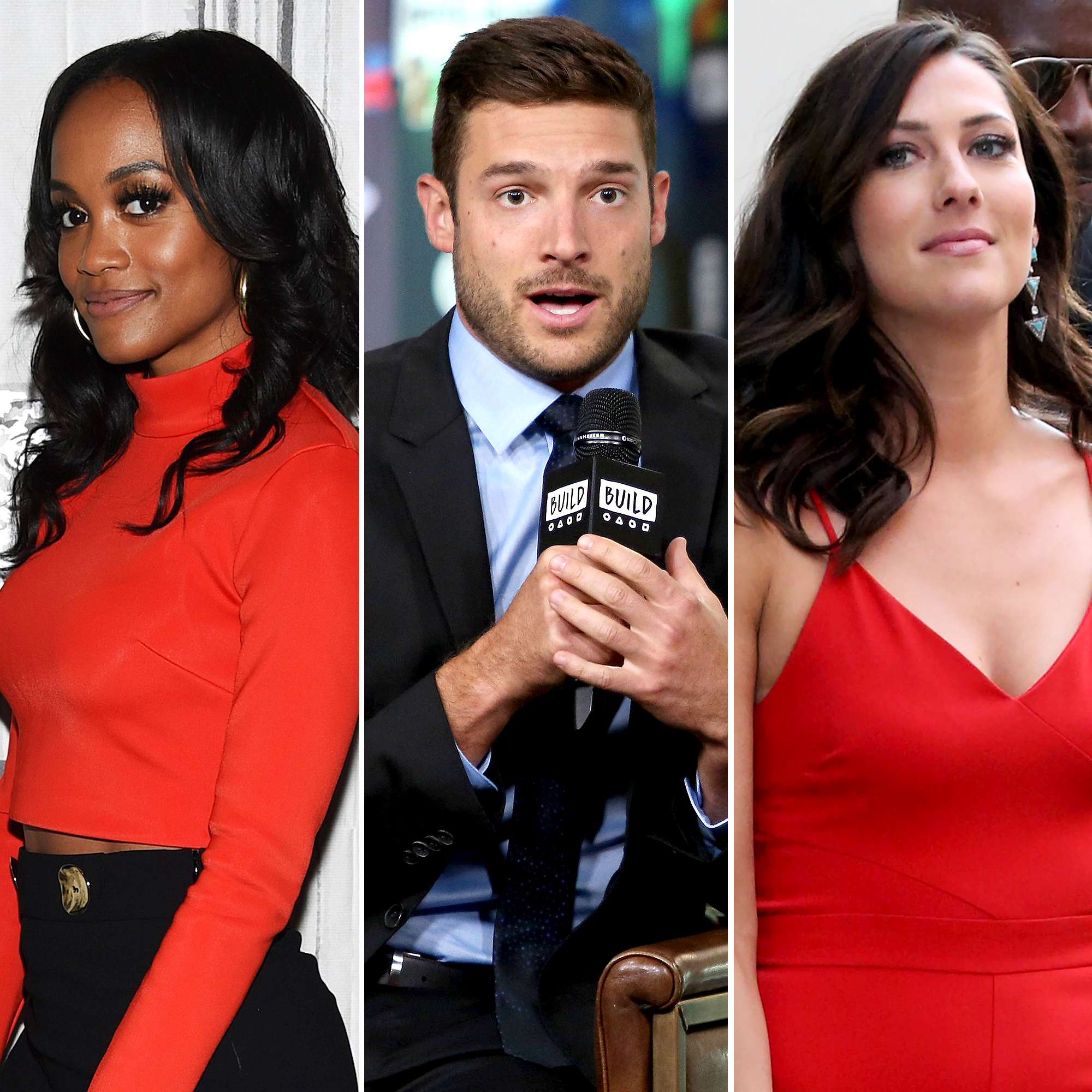 “We had a podcast about diversity and what was going on in the country and her fiancé posted a Blue Lives Matter picture,” Lindsay recalled on Wednesday. “And with his whole chest gave his long explanation as to why he felt that way. So I got on the podcast saying it was problematic, what he meant to me, we both got emotional. I was just like, ‘I’m tired that everyone woke up in 2020 and realized that racism f—king exists. It’s been happening.’ It was great for us and our friendship.”

Rachel Lindsay’s Most Critical Quotes About the ‘Bachelor’ Franchise

During Kufrin and Lindsay’s initial podcast about race, the season 14 Bachelorette made it clear her views didn’t line up with Yrigoyen’s opinions, but she also defended him. The following week, Kufrin apologized to Lindsay and raised questions about her status with Yrigoyen.

“For those who are curious about my relationship with Garrett at this point, all I can say right now is I don’t know,” Kufrin said on June 16. “I can’t give anything more than that. It’s something that we are trying to work through and discuss and do work on at home at this time and that’s where the work will remain and that’s really the best can give you at this point.”

Kufrin fueled speculation that the pair are on a break when she left Los Angeles without Yrigoyen on June 29. While the twosome have left comments on each other’s Instagram photos in recent weeks, Kufrin has remained in her native Minnesota, noticeably missing one of Yrigoyen’s close friend’s nuptials earlier this month.

When asked about Kufrin and Yrigoyen’s relationship status by Pellegrino, Lindsay declined to comment out of “respect” for Kufrin.