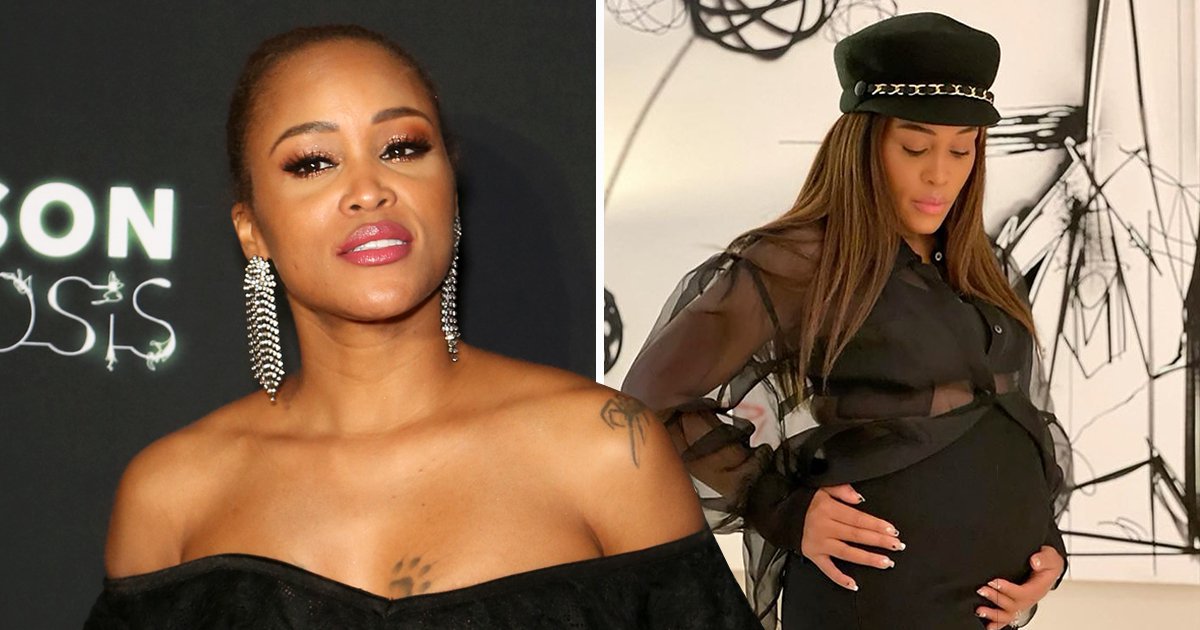 American rapper Eve is pregnant with her first child.

The 42-year-old announced the exciting news on Instagram, sharing snaps of her blossoming baby bump.

Writing a message to husband Maximillion Cooper in the caption, she wrote: ‘Can you believe it @mrgumball3000 we finally get to tell everyone!!!!! You all know how long we’v been waiting for this blessing!!! We get to meet our lil human February 2022 [sic].’

Racecar driver and entrepreneur Maximilian, 49, also shared the gorgeous snaps with his 287k followers, writing: ‘Very excited to share this news… we have a lil human on the way! [sic].’

The first photo shows the singer cradling her stomach, with the second giving fans a closer look of the couple’s hands lovingly caressing the bump.

The comment sections for their Instagram posts were filled with love and support from fellow stars, including Clara Amfo, Fearne Cotton and Lena Waithe.

Meanwhile, podcast host Fearne said: ‘I’m over the moon for you.’

The First Lady hitmaker married businessperson Maximillion in 2014 after four years of dating.

Eve became a stepmother to his four teenage children from a previous relationship.

Eve spoke to People last year about being apprehensive to date a man with an already established family.

She said: ‘In the beginning when I first met my husband, then-boyfriend, I was like, “This is never gonna last because you got four kids! How’s this gonna work?”’

The Grammy winner said she was eventually won over by his children after meeting them and thinking: ‘Wow, kids are amazing.’

Eve recently announced she is leaving US panel show The Talk after three years and four seasons.

She referred to it as ‘one of the hardest decisions in the world,’ but hoped her departure would offer time for ‘expanding’ her family, which it certainly seems to have done.