Rebel Wilson shared gorgeous new photos of herself looking incredible while standing in what looked like an outside winter wonderland full of snow and revealed how ‘excited’ she was about it in the caption.

Rebel Wilson, 40, was the prettiest sight to see while having a blast in a snowy location in her latest social media pics. The actress shared the series of photos in an Instagram post on Dec. 5 and it was the perfect representation of the holiday season! In them, she is playfully posing while playing in the glistening snow and showing off her amazing figure in a black and white zip-up sweater jumpsuit and matching gloves,

The beauty also had her long blonde locks mostly down with some front strands pulled back and up and paired the look with black snow boots. “You can tell I’m Australian with how EXCITED I get to be in the snow ⛄️,” she wrote in the caption for the post. It didn’t take long for her followers to share in the excitement and gush over her photos!

“WOW!” one exclaimed while another wrote, “You are fabulous, Rebel!” A third told her, “love sunny snow days!” and a fourth called the epic snapshots “beautiful.” 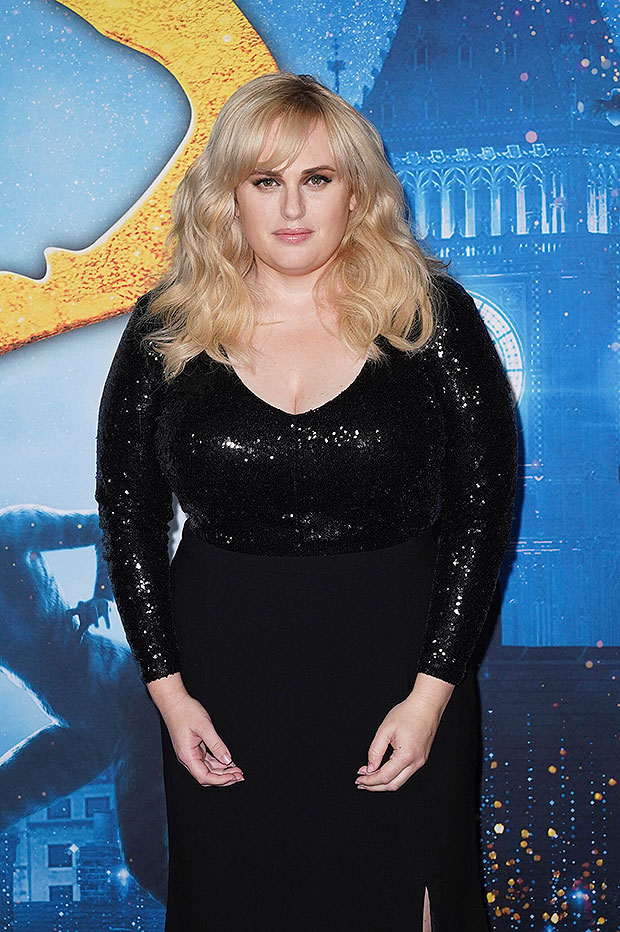 Rebel’s breathtaking snowy snapshots come after she revealed she hit her goal weight of 165 lbs. after spending the year working on her weight loss. “Hit my goal with one month to spare! Even though it’s not about a weight number, it’s about being healthy, I needed a tangible measurement to have as a goal and that was 75kg’s,” she wrote alongside a pic of a scale showing her weight.

Rebel’s incredible transformation has brought a lot of inspiration to her fans and she hasn’t been shy about sharing what’s worked for her when it comes to shedding the pounds. The comedian admitted she’s switched to a high-protein diet that’s helped her to stay full for longer. “So, I’ve really changed to eating a high-protein diet, which is challenging because I didn’t used to eat a lot of meat. I eat fish, salmon, and chicken breast,” she told PEOPLE.

She also made sure to point out that although she tries to stick to the high protein diet, she doesn’t deprive herself of having a treat once in a while and even turns them into healthier treats when she can. “I have this state of being, which is not my quote, but I go ‘Nothing is forbidden’,” she explained. “We’ll be like, ‘Should we get In-N-Out burger?’ And I’m like, ‘Nothing is forbidden.’ I can go there, I just might eat half of what I used to eat before. You know? And I’ll have a burger, and a few fries, and then you feel fine.”