Rege-Jean Page, Idris Elba, and Jay-Z were among the A-listers who walked the red carpet in London at ‘The Harder They Fall’ premiere. See the pics!

Regé-Jean Page looked incredibly fashionable when he stepped out at the premiere of The Harder They Fall in London on October 6. The former Bridgerton star, 31, rocked a black blazer with cream detailing at the bottom, which he paired with black trousers and a crisp white mock turtleneck shirt. The movie was launched as part of the London Film Festival, and stars Jonathan Majors as Nat Love, an outlaw who assembles a gang to take revenge on his rival, played by Idris Elba, 49. 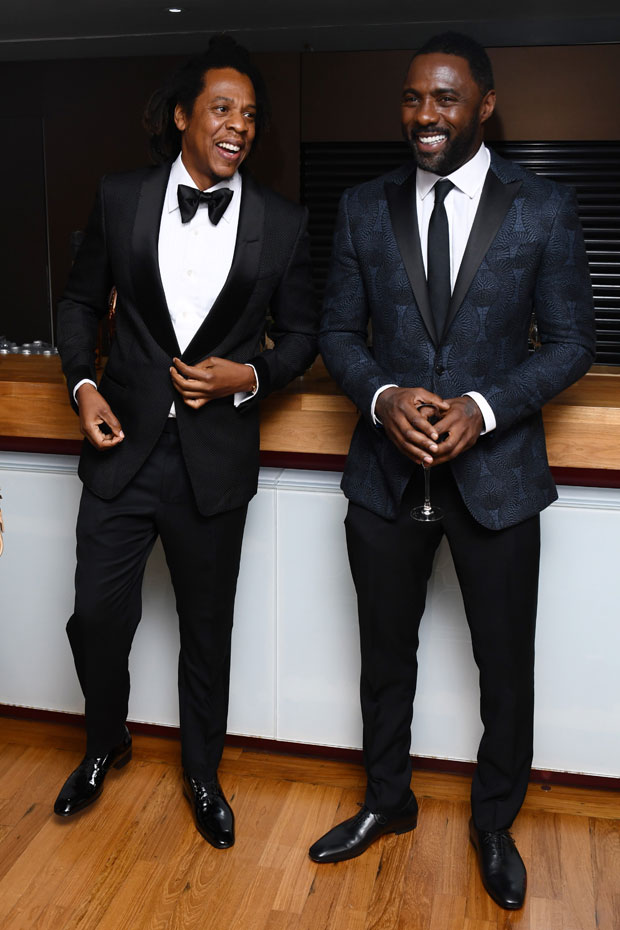 Speaking of the movie star, he was joined by his wife Sabrina and his daughter Isan for the midweek outing. Idris donned a navy and black patterned suit jacket which he paired with black pants and a white button down shirt. His model wife, 32, planted a kiss on his cheek as she stunned in a white midi dress with a plunging neckline and cutouts on either side of her waist.

Meanwhile, his 19-year-old daughter, whom he shares with ex-wife Hanne “Kim” Nørgaard, opted a red and grey plaid mini dress with long sleeves. Another notable attendees included A-lister Jay-Z who kept it casual as he posed in a black suit alongside director Jeymes Samuel. As fans would know, both Rege-Jean and Idris have reportedly been in contention to take over as the next 007. 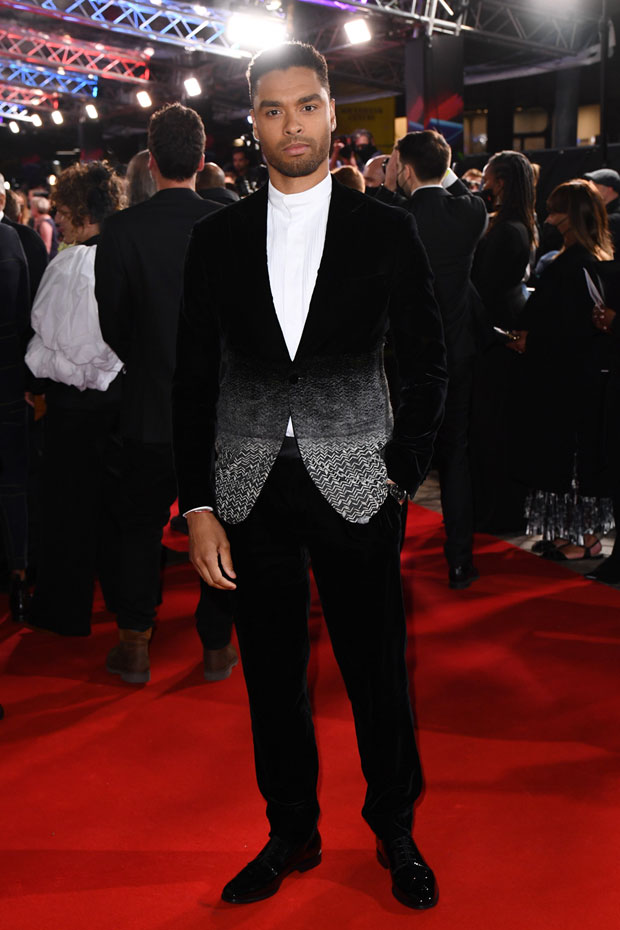 Back in June of 2019, Idris spoke about the possibility with Vanity Fair, saying, “James Bond is a hugely coveted, iconic, beloved character, that takes audiences on this massive escapism journey. Of course, if someone said to me, ‘Do you want to play James Bond?’ I’d be like, ‘Yeah!’ That’s fascinating to me. But it’s not something I’ve expressed, like, ‘Yeah, I wanna be the black James Bond.’”

Meanwhile, Rege-Jean’s schedule is seemingly free, having departed his much loved Netflix series. Despite the success of Bridgerton, he broke the hearts of fans back in April after it was announced that that he would not be returning to the show for season 2. While he was reportedly offered more than $250,000 to return as a guest star, Regé-Jean turned down the opportunity. Instead, he’s “laser focused on his burgeoning film career,” sources told THR.

In an interview with Variety, he explained his reasoning for the departure. “It’s a one-season arc,” he said. “It’s going to have a beginning, middle, end – give us a year. [I thought] ‘That’s interesting,’ because then it felt like a limited series. I get to come in, I get to contribute my bit and then the Bridgerton family rolls on.”