Home » Celebrities » Ricky Gervais 'lying on the floor like a sad, fat turtle' after injuring back

Ricky Gervais 'lying on the floor like a sad, fat turtle' after injuring back 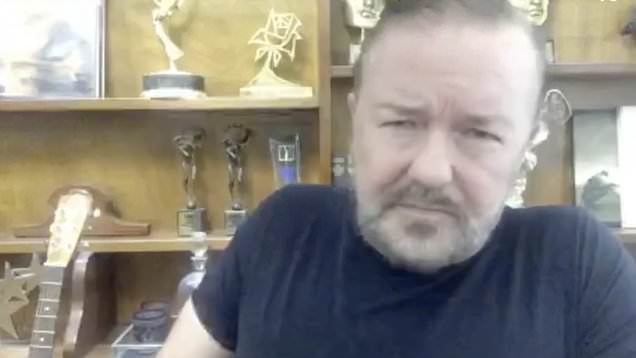 Ricky Gervais was left in ‘agony’ after injuring his back while tying his shoe.

The comedian needed his partner Jane Fallon to help him get dressed after his back went out following a run over the weekend.

The 60-year-old filled his fans in on his plight during a Twitter live-stream, explaining he was ‘in a bad way’.

Ricky said: ‘Went for a run at four, tied my shoe up and my back went, agony. Couldn’t walk, took me ages, I had only made it to the end of the street.

‘It’s that thing when you are in agony and you can’t walk but you don’t want to look weird to anyone. I wanted to lie down and scream, “Get me a f***ing ambulance”.

‘I made it back, laid on the floor, took some naproxen which we have always got because the last time my back went, or toothache, that helped me relax it.

After Life has been lauded by fans for its portrayal of grief and has received a third series, but Ricky reckons one of his other famous hits wouldn’t be received as positively were it made today.

Speaking to the BBC about The Office, in which he played David Brent, he said: ‘I mean now it would be cancelled. I’m looking forward to when they pick out one thing and try to cancel it.

‘Someone said they might try to cancel it one day, and I say, “Good, let them cancel it. I’ve been paid!”’