Home » Celebrities » Rod Stewart opens up about emotional discovery during ‘troubled times’: ‘I welled up’

Rod Stewart opens up about emotional discovery during ‘troubled times’: ‘I welled up’

Sir Rod Stewart, 75, has admitted a video he discovered which showed Celtic fans singing his classic song Hold The Line made him shed a few tears. The singer was surprised by the football club with the clip, which was filmed as an uplifting message during the coronavirus pandemic.

Rod, who supports Celtic FC, said in a video posted in view of his 457,000 Twitter followers: “When I first saw this video it brought a tear to my eye.

“It really is beautiful, I’d never seen it, it was a big surprise.

“We need a song like this to get us through these troubled times, Hold The Line.

“Bless all you Celtic supporters, if I was there I would kiss you all.”

READ MORE… Elton John speaks out on Rod Stewart feud: ‘He had a f***ing cheek’ 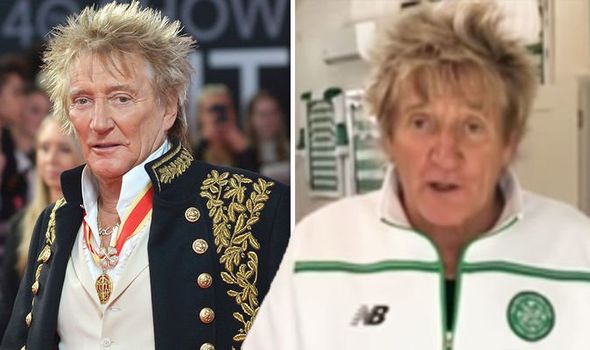 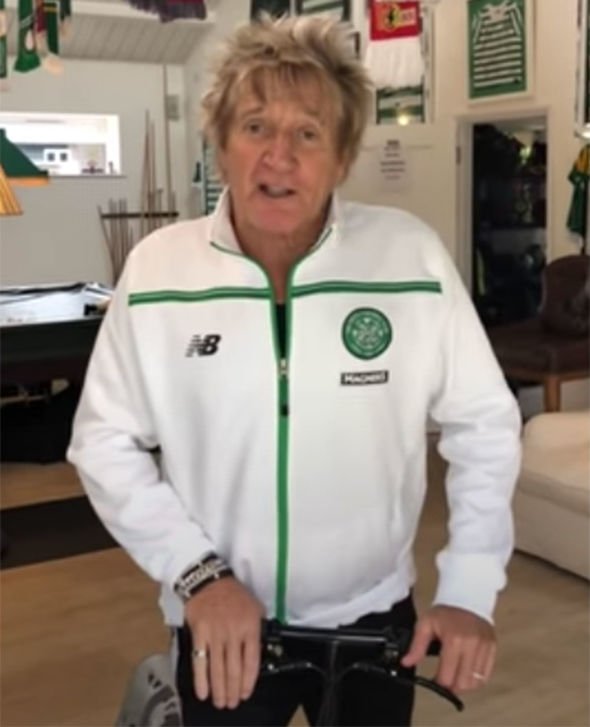 Rod’s message to the fans was followed by the heartwarming video they filmed.

He wrote alongside the clip: “What a beautiful surprise.

“Thank you to the @CelticFC family. I welled up when I saw it. 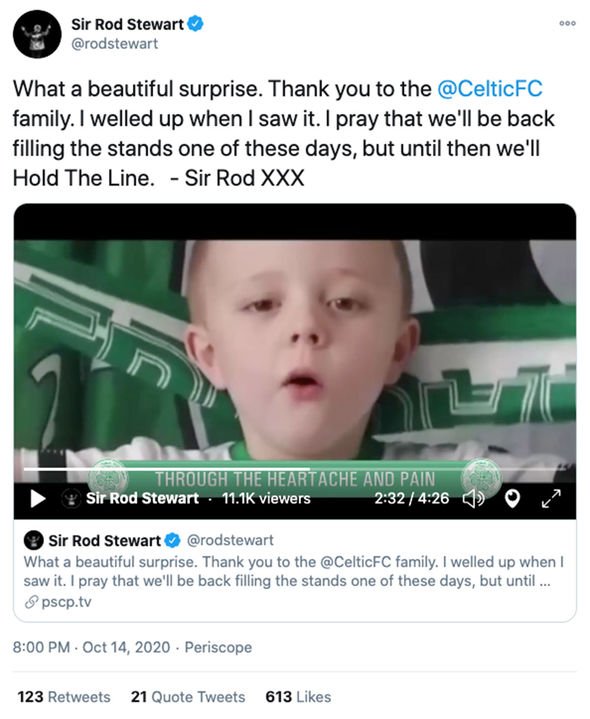 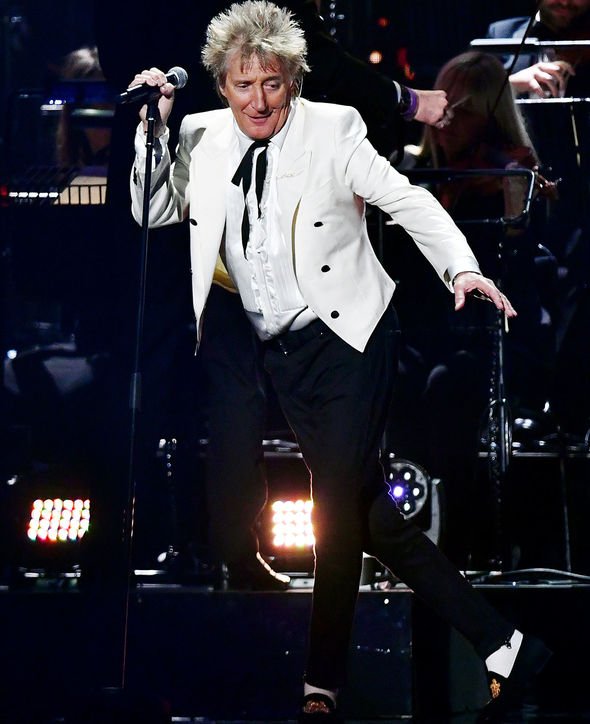 Hold The Line is taken from Rod’s 2015 album Another Country and includes lyrics: “I know lately everything seems crazy…Sometimes we’re lost and astray…And the hope far away, hold the line..We’ll survive.”

Fans took to the comments section of his tweet to share their thoughts on Sir Rod’s moving admission.

Another added: “Never knew how lucky we were before covid came along, take care everyone and keep safe.. MUFC AND CELTIC FOREVER.”

A third fan commented: “Credit where credit due – wonderfully done!”

Rod previously argued that the coronavirus pandemic could be a punishment from God as humans have damaged the environment.

The singer shared his theory while speaking to Virgin Radio host Chris Evans, 54, on his How To Wow podcast.

Rod also took the opportunity to hit out at President Donald Trump after he made the United States the only country in the world that will not participate in the Paris climate agreement.

He said: “I think the good Lord’s intent on wiping us all out because we’ve spoilt the Earth, we’ve spoilt it.

“I think it’s too late to turn back now, I think global warming is going to spoil the Earth. Literally, I believe we’re too late.”

“Blimey, so we need rock ‘n’ roll more than ever,” Chris mused.

Rod then exclaimed: “Yeah we do, with that p***k in the White House pulling out of the Paris accord, that’s terrible.”