Ryan Dorsey is breaking his silence on the rumors he is dating Nickayla Rivera.

For those who haven’t heard, the late Naya Rivera‘s ex-husband — and father to her child — was spotted looking very couple-y with the fallen Glee star’s little sister over the weekend. The two were seen shopping at Target and reportedly holding hands. Then it came out she had just moved in with him.

Naturally many assumed the two had, in their grief, found solace in a new relationship. It’s been known to happen after all.

Nickayla already responded to the speculation, writing on Instagram Story:

“In the darkest time of my life, the only thing that is important is my friends & family. Showing up for my nephew, even though I can’t show up for myself. Im not concerned with the way things look because no one can see each agonizing moment we all endure.”

Ryan took to his own IG just a few hours later with a very rare post — the first since mourning the loss of Naya back in July — to set the record as straight as can be.

“It’s been brought to my attention that there’s a lot of people who have a lot to say and opinions on a family’s tragic situation… There’s people making judgments, making assumptions, they’re sending terrible messages wishing death upon strangers who they truly know next to zero about.”

He then gave those people who know nothing just a little background on the heartbreaking situation he’s in, in which he is now left to raise Josey alone and being with him “every day” during the mourning period that will never end:

“And then when you’re with him every day during this with his grandpas and his grandmas and his aunts and his uncles and his whole family, and all you have is each other to lean on, to cry with… and go through this nightmare… The reality hits you, and the grieving can start. But the sadness gets heavier. Because you know you’re gonna have to have a conversation one-on-one with a little boy and tell him about our new reality. Saying this is sad is the understatement of my life.”

He spoke about how he has to somehow communicate to the 5-year-old that his mother, the closest person to him in the world, is never coming back:

Oh no… Our hearts…

“I wouldn’t wish there upon any of your ears to have to hear that, hear those words come out of the sweetest soul you know. And then going to a funeral, trying to explain that to an innocent child of what a funeral is way before they should ever have to think about or deal with any of that. And when you get through that and then he asks me if Titi can live with us…”

“Titi” is Josey’s name for his aunt Nickayla. 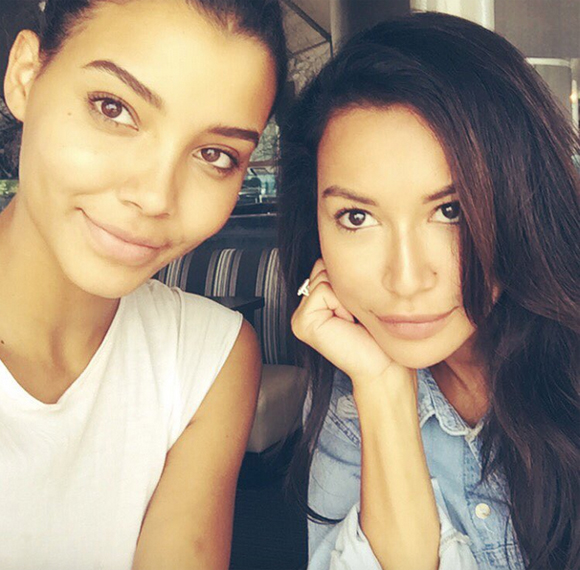 So it seems this was the true reason for the 26-year-old model to come live with Ryan — it was at Josey’s request, and no one could say no.

“‘I want Titi to live with us forever,’ because she’s now the closest thing that he has to a mom, because you’re gonna need all the help you can get as a single parent, trying to build your career and navigate this disaster with your child and you deal with it every hour of every day for 80-plus days now.”

It sounds like Nickayla is a lifeline for Ryan right now. He continued:

“I wouldn’t want any of you to ever have to go through any of that and to have to let him get what he wants, what he asks for and what he needs right now, which is his family.”

He went on to say this was sadly not going to be the “forever” situation Josey wants but something much more temporary — and he echoed Nickayla’s sentiment that he really doesn’t care what anyone else thinks:

“Even if you know it’s temporary and it’s not forever. It’s a temporary situation, and after all that he’s had to go through, how could you deny him that, because of what? Because of what some strangers might think or say or spew some hatred based on some ill-advised, illogical, misinformed tabloid? It’s sad. It really is.”

And once again Ryan praised his late baby momma’s little sister for her selflessness in coming to live with them, saying:

“But I hope you would be lucky enough, I hope you would be lucky as me to have family on both sides who support and who’ve helped out tremendously and to have a young woman who is… his Titi who’s willing to put her life on hold and sacrifice things; uproot her situation for the betterment of your child, so when you put your child to bed you don’t always have to be alone with your thoughts, and you don’t have to be sad every day and night, wondering when does it get better. At least you have someone there with you to talk to or just sit in silence and be sad with. You don’t have to deal with it completely alone.”

That sounds like plenty of reason for us. And hopefully for the people who are sending death threats! Seriously, WTF?!

The entire video is a tearjerker but also a really important watch if you’re one of these people sending nasty comments online. Check it out in its entirety (below):