In a recent Instagram post, the House of Gucci actress shared a photo of herself casually sipping lemonade while wearing a bathing suit with the phrase, original Gucci, emblazoned across the chest. “This is not my wardrobe for ‘House of Gucci’ but I highly recommend it anyway,” she wrote in the caption. “Este no es mi vestuario en la película ‘La Casa Gucci’ pero de todos modos se las recomiendo mucho.”

Though not taken directly from the film’s wardrobe, Hayek’s bathing suit was certainly on brand. The Ridley Scott film, which premiered November 24, follows the fraught relationship between spouses Maurizio Gucci (Adam Driver) and Patrizia Reggiani (Lady Gaga), which ended when Gucci was murdered and Reggiani was convicted of hiring the hitman. In the film, Hayek plays Pina Auriemma, Patrizia’s “clairvoyant friend.” 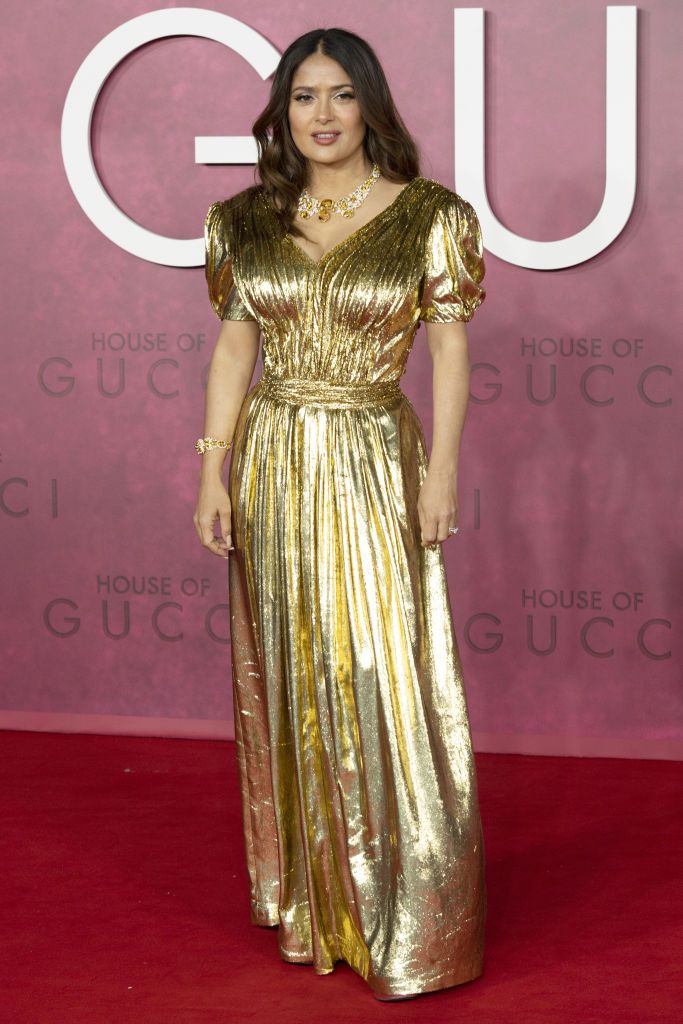 Hayek has been quite the Gucci rep ahead of the film’s release, having stepped out in several glamorous gowns by the brand for the press tour. At the U.K. premiere, she posed on the red carpet in a shimmery gold Gucci gown with a pleated V-neck and puffed sleeves. And later that month, in a look that could be described as slightly more understated—though only because anything is more understated than full-on gold—she wore a blue velvet Gucci gown with Gucci high jewelry diamonds to the film’s New York premiere at Lincoln Center. 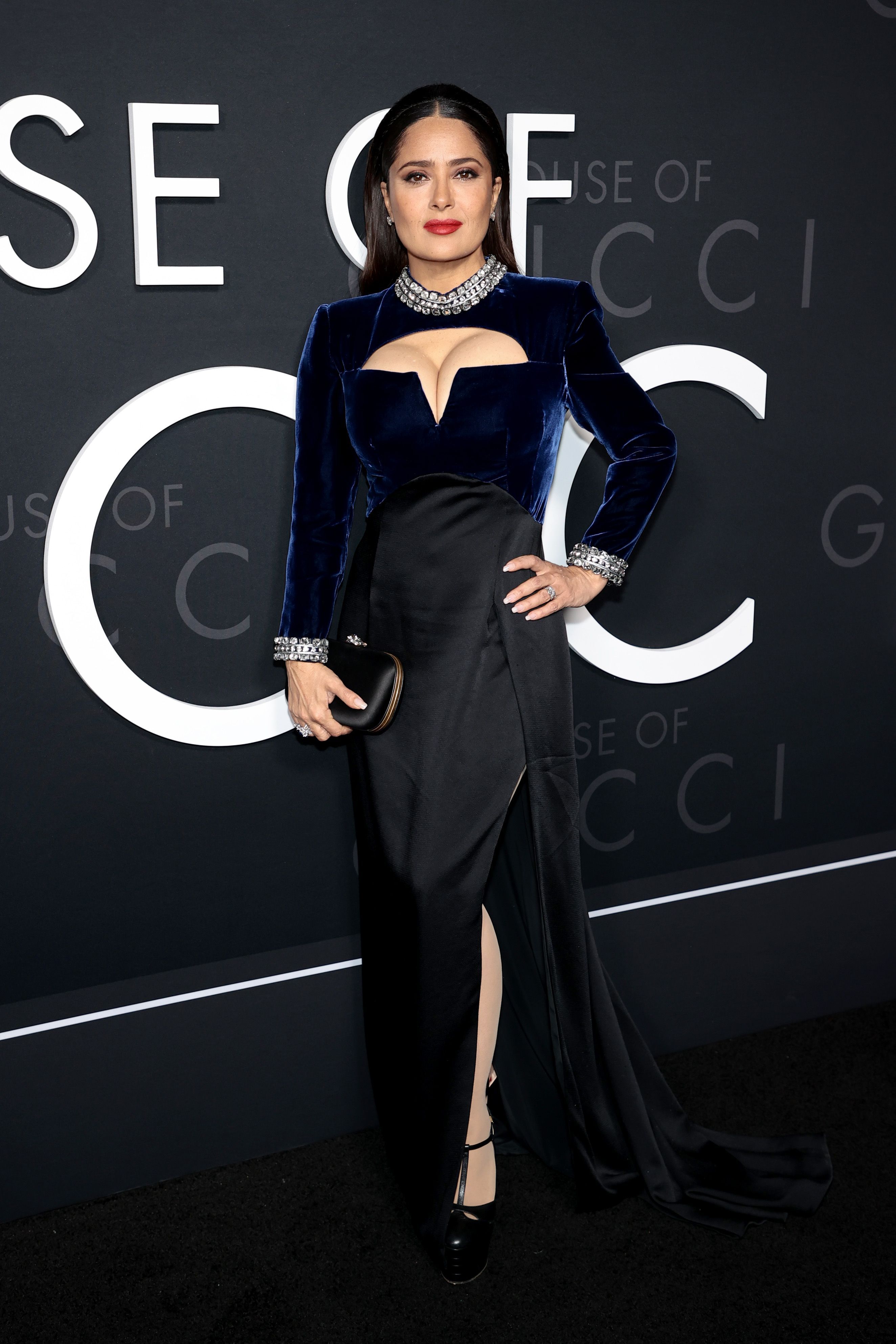