Spain’s Princess Leonor, 15, did her first solo royal event this week in Madrid 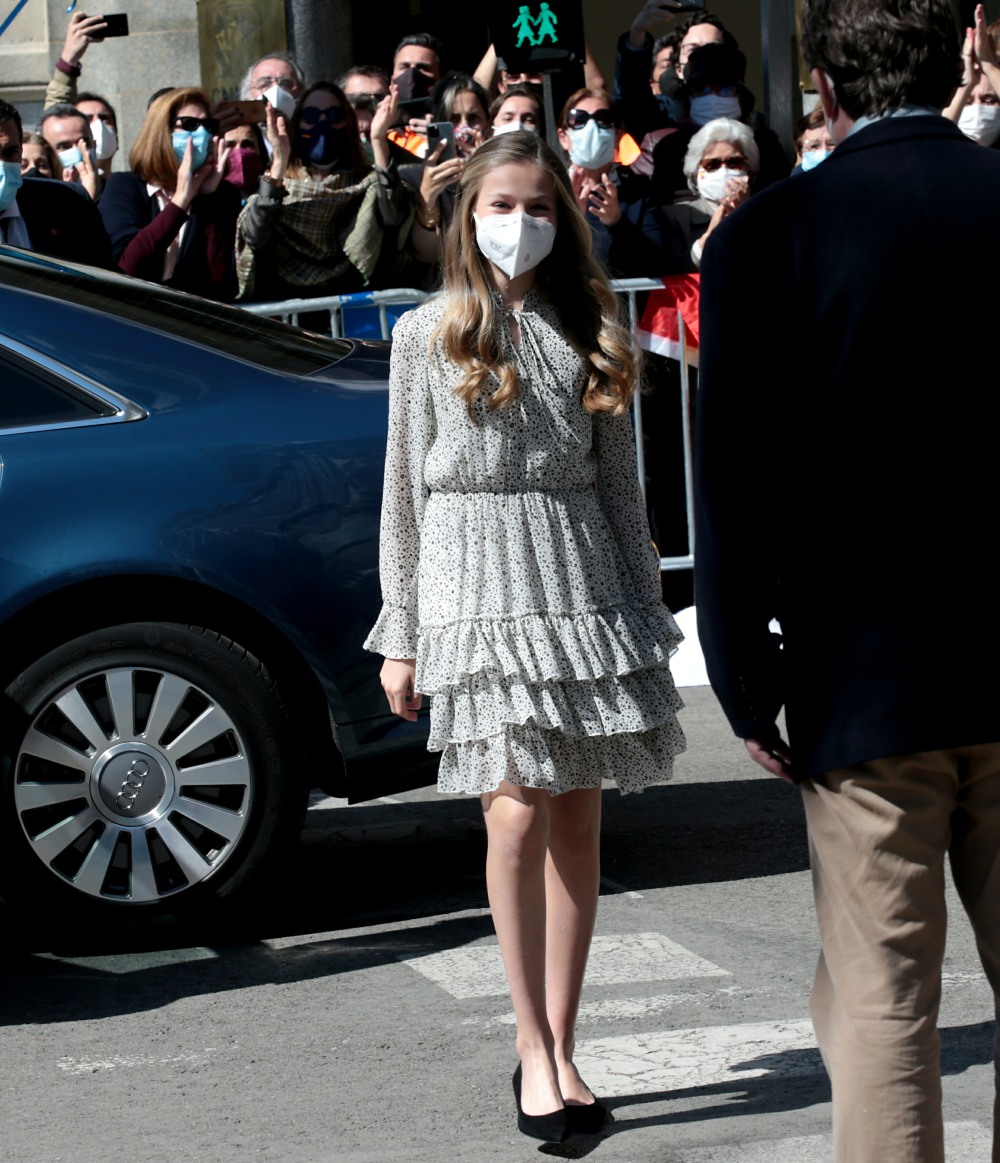 In Spain, the first in line to the throne is a 15-year-old girl. Princess Leonor is the eldest daughter of King Felipe and Queen Letizia, and she will one day be Queen of Spain. But she’s also just a young teenager! Let her be a teenager and do teenage-girl things! But no – Leonor’s parents seem okay with gently introducing her to public life, so much so that Leonor did her very first solo royal event this week.

Princess Leonor of Spain is flying solo! The 15-year-old heir to the Spanish throne helped celebrate the 30th anniversary of the Instituto Cervantes in Madrid on Wednesday. In her first solo royal outing, the future Queen of Spain deposited the same copy of the Spanish Constitution she read aloud during her first public address two years ago on her 13th birthday — also at the Cervantes Institute.

The document will now rest inside a secure facility at the Institute alongside 60 priceless Spanish cultural items, including a copy of the classic novel Don Quixote de la Mancha, which Leonor and her younger sister Princess Sofia, 13, read live on social media to celebrate Book Day in April 2020.

“Her Royal Highness the Princess of Asturias, on the occasion of her visit to the Cervantes Institute on the occasion of its 30th anniversary, deposited two copies of the Spanish Constitution and Don Quixote de la Mancha in the Box Of letters. March 24, 2021,” read the inscription on the safety deposit box. Leonor then moved to the assembly hall to learn about additional celebrations being planned for the Institute’s 30th anniversary and to discover more about the technical and digital preservation work being carried out by its experts. The teen princess then moved on to the main hall where she was presented with three books in the co-official languages ​​of Spain and took part in a group photograph.

Leonor’s solo outing is the latest milestone in her royal life. On Feb. 11, it was announced that the daughter of King Felipe VI and Queen Letizia will join UWC Atlantic College in Wales starting in September, following in the royal footsteps of King Willem-Alexander of the Netherlands, Princess Raiyah of Jordan, and Crown Princess Elisabeth of Belgium, who started at the college in 2018.

“Her Royal Highness the Princess of Asturias will study the International Baccalaureate program,” said a statement released by the Spanish royal family, which added that King Felipe would fund her $92,000 school fees directly from his annual allowance. Princess Leonor will reside, like the rest of the students, in the boarding school that the UWC Atlantic College has established within its campus,” the statement continued. “(She) will make this period of her education compatible with the progressive development of her institutional commitments in Spain.”

There’s no real American equivalent to Atlantic College, I don’t think. It’s basically a boarding school, finishing school, two-year university and advanced-level high school all rolled into one, from what I understand. It’s kind of cool that a Spanish princess will be spending a few years in Wales in what is considered a radical two-year international course. As for Leonor’s solo event… she’s obviously a good kid and a smart kid, and on one hand, it’s cool that her parents trust her and have faith in her abilities, and they’re preparing her for her future role. On the other hand, I do wish she had more time to just be a kid. 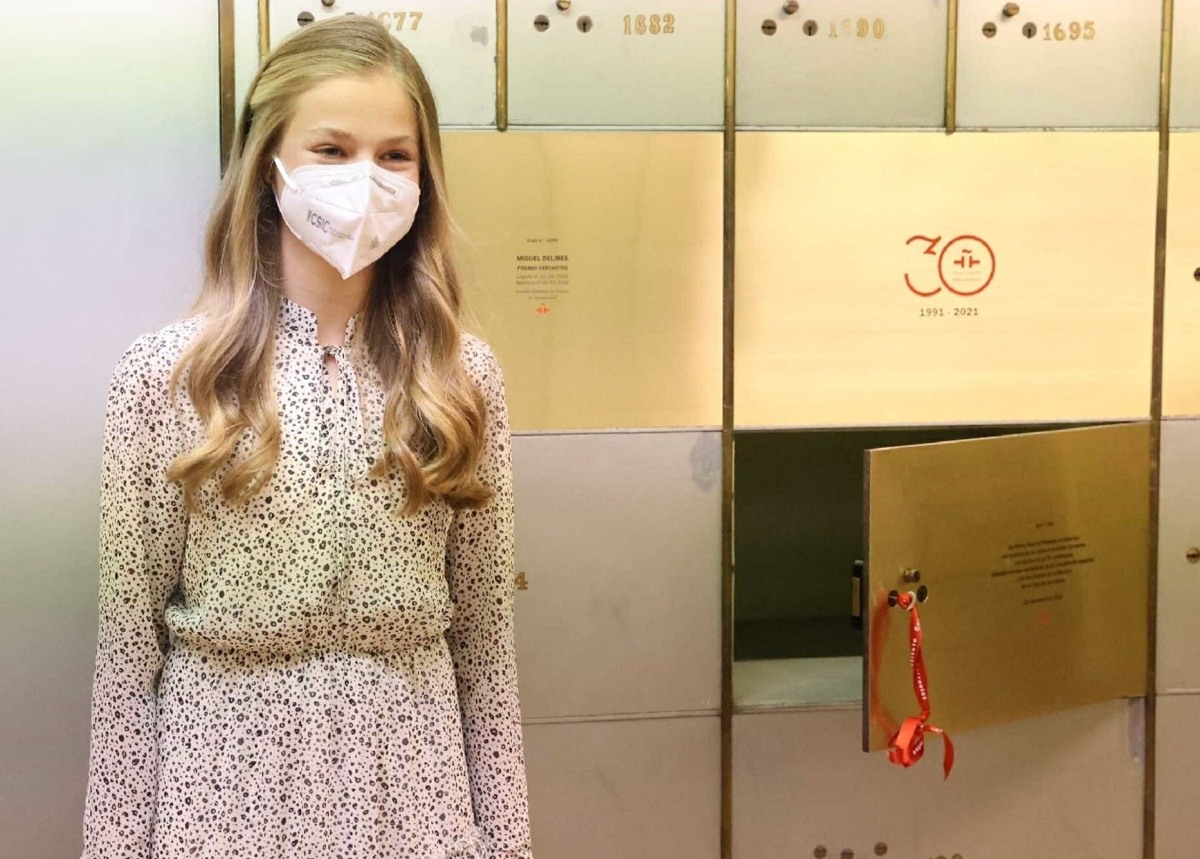 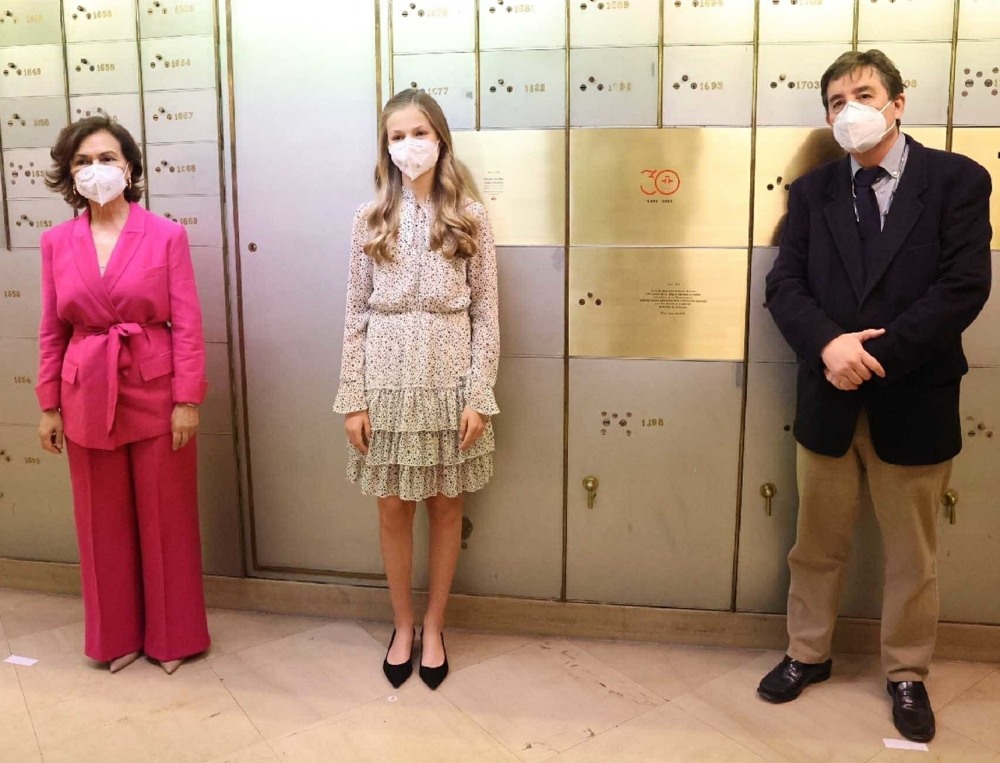