Steph McGovern, 38, has taken to Twitter to air her sadness over her former co-worker Alice Procope’s death. Alice was the girlfriend of Tom Parker Bowles, who is the step-son of Prince Charles. The Packed Lunch presenter opened up in front of her 411,000 followers, admitting she had been left “gutted” by the news.

The news of Alice’s death came earlier today when reports emerged the journalist had died of cancer.

The mother-of-three died peacefully at home on March 17, seven months after she was diagnosed.

Steph previously worked with Alice, who was also known professionally as Alice Horton.

Paying tribute to the late journalist, Steph took to Twitter to speak about her “shock”. 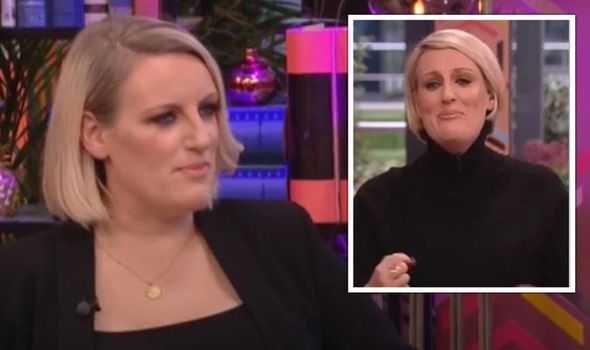 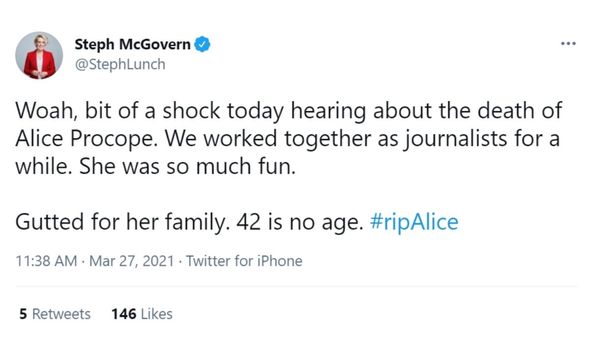 She wrote: “Woah, bit of a shock today hearing about the death of Alice Procope.

“We worked together as journalists for a while. She was so much fun.

Alice was an acclaimed journalist who had worked for Evening Standard on the diary section. 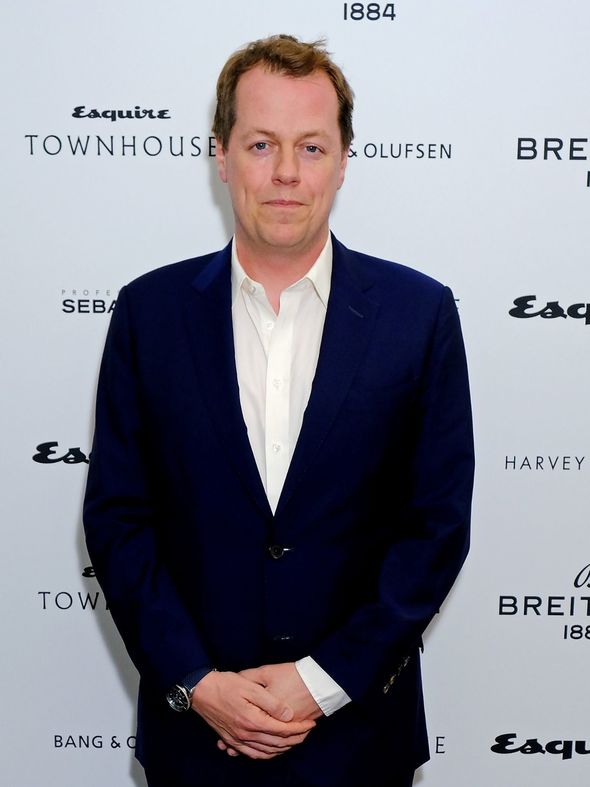 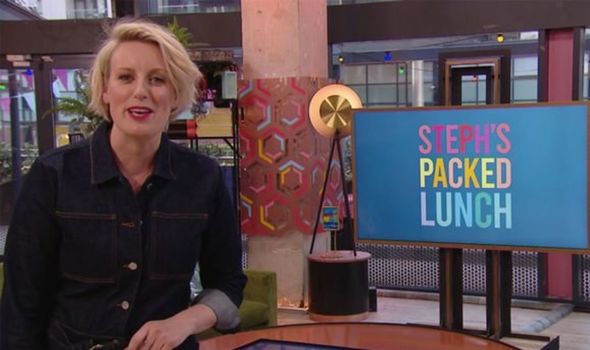 She was also the granddaughter of the 2nd Viscount Ingleby.

She leaves behind three children from her marriage to Robert Procope, Katherine, Wilfred and Georgia.

Alice had been in a relationship with Tom for almost two years following his separation from Sarah Buys in 2018.

Tom, 46, is the food writer son of Camilla, Duchess of Cornwall, with her ex-husband, Andrew Parker Bowles.

Her obituary in the Daily Telegraph reads: “Alice died peacefully at home on 17th March, aged 42.

“Much loved mother of Katherine, Wilfred and Georgia, wife of Robert, and adored sister and daughter.

“Family funeral at St Gregory’s Minster, Kirkdale in Yorkshire with memorial service in London later in the year.”

Speaking of her death, a friend told the Daily Mail: “Tom had been blissfully happy with Alice and is devastated that life can be so cruel.

“Partly because of Covid, Alice’s cancer diagnosis didn’t come until last August by when it was too late.

“That’s what’s so really cruel and there will be countless others like her.”

Steph is not the only person to pay tribute after news of Alice’s passing emerged.

Journalist Tom Teodorczuk wrote: “She was a great journalist, so well connected and amazing fun to work with.

“She knew everyone in those days including Boris Johnson.

“She will be greatly missed. I was so sad to hear of her death, she was so young.”