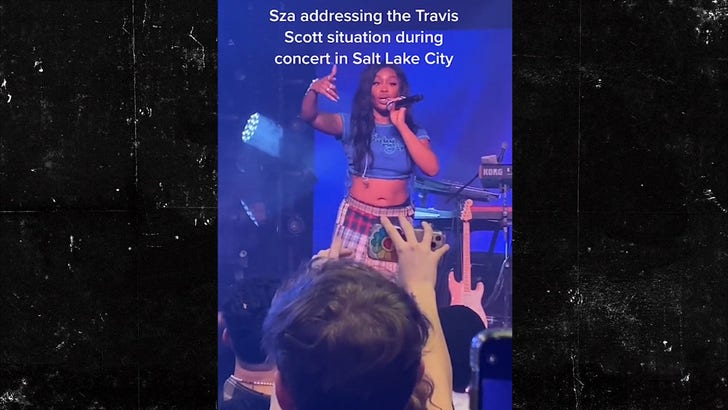 SZA wasn’t about to relive Astorworld Fest all over again — which is why she brought her latest concert to a dead halt … just to make sure a fan who’d passed out was okay.

The singer was performing in Salt Lake City Thursday at the Union Event Center — when at some point during the show … she pumped the brakes on everything after noticing someone had apparently fainted out in the audience, and may have needed help. 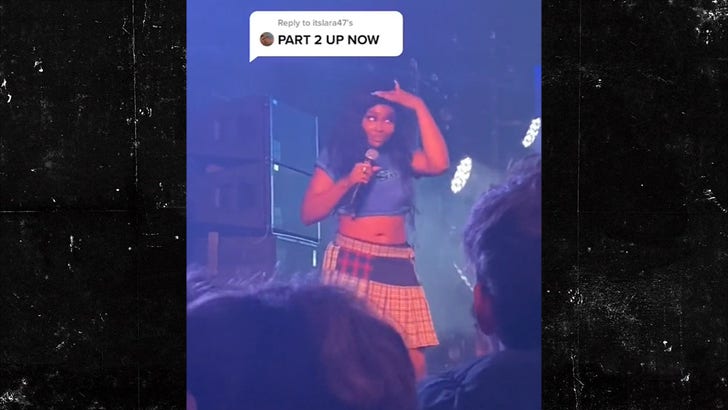 This video was captured by a TikTok user and posted the next day … and it shows SZA addressing what happened just last weekend in Houston, where she performed earlier in the day … before mass casualties started to go down during Travis Scott‘s headlining set.

SZA says people passing out in crowds is quite common — but what is abnormal is people dying … and she says that’s gotta change going forward, starting right then and there.

She actually forces stagehands to bring out water to the person in distress, and anyone else who may need to rehydrate. In a second video … SZA starts to get flustered when nobody working in the venue promptly attends to the person who’d fallen unconscious — and the crowd is fully behind her in her indignation.

It’s pretty astonishing to see … and as SZA alludes to herself, it may start to become the norm at live shows going forward, regardless of the crowd size. She seems to be saying that the artist should take responsibility if they see something … and ditto for concert-goers.

As we reported … a total of 9 people have died since the concert last Friday — with one more on life support right now … 9-year-old Ezra Blount, who was trampled in the chaos.

Sounds like SZA is putting her foot down on fans walking the line of life and death on her watch … and won’t let people fall victim to that, not as long as she can help it.