Home » Celebrities » TALK OF THE TOWN: A new starring role for Meghan …US President!

TALK OF THE TOWN: A new starring role for Meghan …US President!

TALK OF THE TOWN: Meghan Markle as US President… and Prince Harry as ‘First Lady’! Bizarre plot is at the centre of a script being shopped around major TV networks

First she was a game show model, then a Netflix TV star and now she’s a Duchess. Next, get ready for… Meghan Markle – President of the United States.

Bear with me, for this strange idea is quite the talk of the toff weekend dinner party set.

The notion of Meghan becoming president is at the centre of a script being shopped around major television networks.

They include Netflix, which was home to Meghan’s TV series Suits and is about to broadcast the latest series of The Crown. 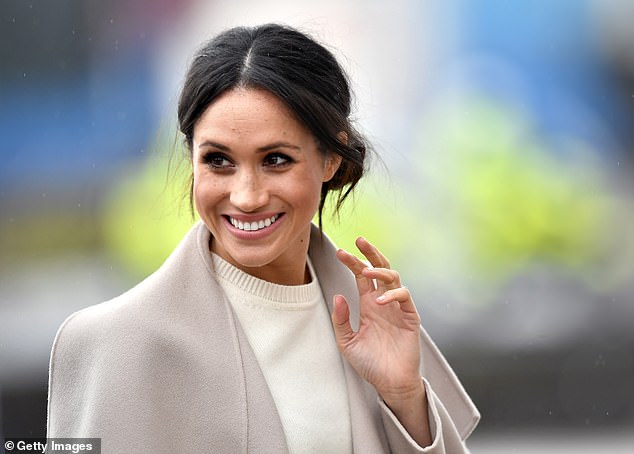 First she was a game show model, then a Netflix TV star and now she’s a Duchess. Next, get ready for… Meghan Markle – President of the United States

The potentially hilarious show takes place in a world where William and Kate are King and Queen and Meghan is US President – with Harry taking the ‘First Lady’ role.

It’s set ten years into the future, so I dread to think what has happened to Prince Charles – or the Queen for that matter.

My source tells me the script is in the hands of a production company and news of its existence has spread from the British TV industry to toffland.

Before you scoff, this comes from the same circuit of people who brought us news that Helena Bonham Carter had been talking to the late Princess Margaret via a medium, which the actress recently confessed was true.

And it’s the same set that brought us the even more unbelievable news that Prince Harry had met a divorced, older US TV star and had flown her to Botswana for their third date.

The show is not exactly dystopian – after all, what can be so wrong in a world where the Duchess of Cambridge is Queen? But it sounds to me like it has got all the markings of a devilish Black Mirror-style project.

Charlie Brooker’s series about a twisted, high-tech world airs on Netflix – and its first-ever episode was a tale about how the Duchess of Cambridge was kidnapped and held for ransom.

Says my source: ‘This script has been doing the rounds and it’s been a hot topic of conversation on the shooting pegs. It’s even been mentioned by someone who is a regular visitor to Balmoral, though the writers have somehow managed to kill off Prince Charles which is not exactly tactful.

‘Prince Harry will play a First Lady role in the script. His character is somewhat subordinate and promotes healthy living, kindness and respect. In a role reversal, Meghan will be the head of government of the US.’

It promises much scope for amusement with scenes that could involve King William and Queen Kate co-hosting State banquets with Harry… for his wife, the President.

Well, stranger things have happened – who would have thought a certain bouffant-haired reality TV star could ever get that job…?

Crush of the week… Albina Kireeva

My crush of the week is fashion model, professional ballroom dancer and actress Albina Kireeva – whose idea of a Halloween fashion accessory is a black stallion.

Albina is famous for clip-clopping her way to a Day Of The Dead-themed Halloween bash, pictured below, at Soho’s Toy Room club last year, on a stallion named Velvet Blaze loaned by an animal acting agency.

Dressed in a black leotard, furry ears and body glitter Albina, 25, made quite the impression and has been a fixture on the celebrity social scene ever since – spending evenings at exclusive clubs Annabel’s and 5 Hertford Street.

Russian-born Albina is a regular at the Cannes film festival where she met her Australian financier boyfriend Richard Hanes, with whom she lives in a Notting Hill mansion. 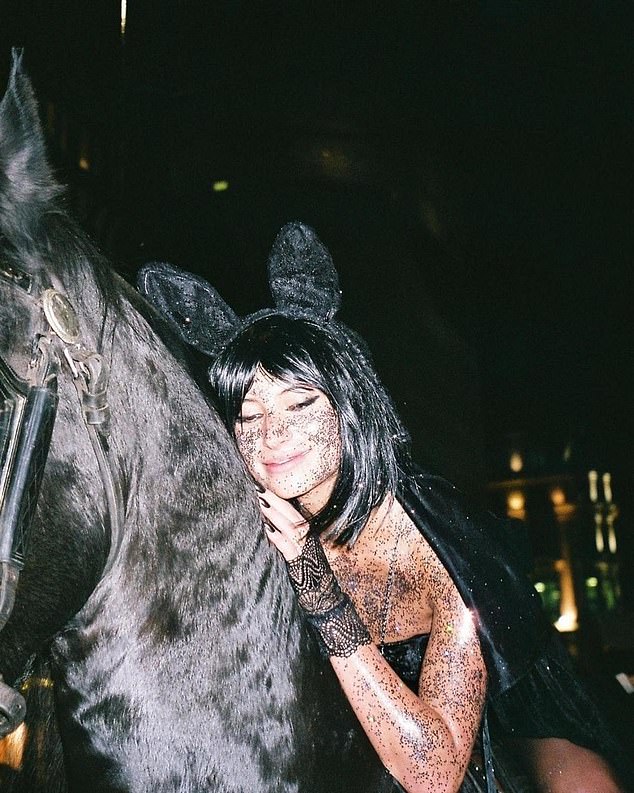 My crush of the week is fashion model, professional ballroom dancer and actress Albina Kireeva – whose idea of a Halloween fashion accessory is a black stallion 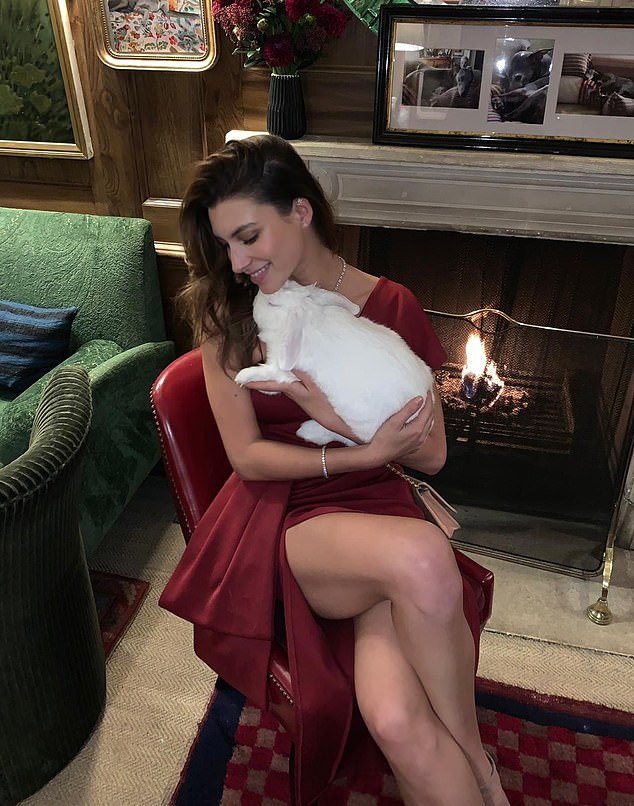 Aside from her penchant for stallions, Albina has 14 pet wallabies and a beloved white rabbit named Lily, last seen – as my picture, above, shows – with her at 5 Hertford Street

Aside from her penchant for stallions, Albina has 14 pet wallabies and a beloved white rabbit named Lily, last seen – as my picture, above, shows – with her at 5 Hertford Street.

Telling me about this year’s Halloween plans, Albina said at the Mont Blanc: In Transit launch party last week: ‘I am planning to go dressed as the Night Queen to fit the Game Of Thrones theme.

‘It’s hard to top riding in on a massive black horse but I intend to try my best.’

You’ve got to admire a girl with so much ambition…

Cillian Murphy tells me he can’t get his finely shaved head around Peaky Blinders fans copying his famous haircut.

‘It’s nuts that the short-back-and-sides haircut has become so loved by fashionistas and hipsters,’ says Cillian, 43, who plays the Brummy mafia boss Tommy Shelby in the BBC show. ‘I keep saying, “You do realise the style was invented to prevent lice?” ’

To be fair, not an entirely uncommon complaint for the average hipster, surely?