It’s another baby girl for Catelynn Lowell and Tyler Baltierra, who announced the sex of their 4th child on Feb. 23!

Catelynn Lowell and Tyler Baltierra can’t wait to meet their unborn baby girl! The Teen Mom OG stars, who are expecting their 4th child together, revealed the exciting news on Feb. 23. The couple are already parents to daughters Novalee, 6, and Vaeda, 2.

“We have found out that we are going to be having a … drumroll please … another girl!” Lowell, 28, told Celebuzz, as they shared a video of the reveal as well. “While we wanted a boy since this is our last, as long as she’s healthy though that’s really all that matters. This is our last and final but we know one day we will have a grandson and adore him!”

Catelynn, 28, and Tyler, 29, announced they are expecting in a cute post on Instagram that featured daughters Novalee and Vaeda. “This rainbow was worth the storm. Baby Baltierra coming soon,” Catelynn wrote alongside a trio of snaps, which included her daughters, who wore “Big Sister 2021” shirt, an ultrasound photo and a Clear Blue pregnancy test.

In the adorable photo, Novalee held a sign that read “27 weeks until I become a big sister.” Tyler shared the same photo and captioned it, “Can’t wait for another beautiful blessing.”

The couple’s pregnancy news comes after Catelynn suffered a miscarriage at the end of 2020. Following her pregnancy loss, Catelynn took to social media with a prayer for “one more baby.” She wrote, via Facebook, “I pray that the lord will bless us with one more. If not I am absolutely grateful for the 3 beautiful, healthy little girls that we do have.” Catelynn added, “That grief/sadness comes in waves and that’s OK!” At the time, Catelynn and Tyler let other grieving parents know that they’re “not alone” when it comes to miscarriage and pregnancy loss. 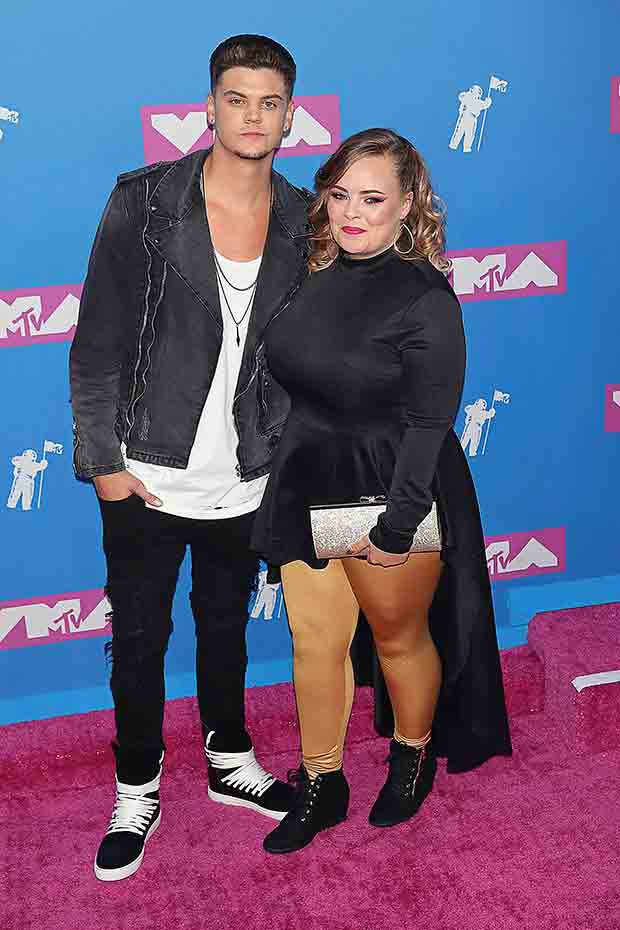 Catelynn and Tyler, who’ve been together since middle school, tied the knot in August 2015 — less than one year after Nova’s birth. Fans were first introduced to Catelynn and Tyler on MTV’s  16 and Pregnant, where cameras followed the couple’s relationship and early parenthood journey for over a decade. In 2009, Catelynn and Tyler’s then-baby girl Carly, (now 11), was adopted by a couple who the expectant parents have maintained a relationship with.