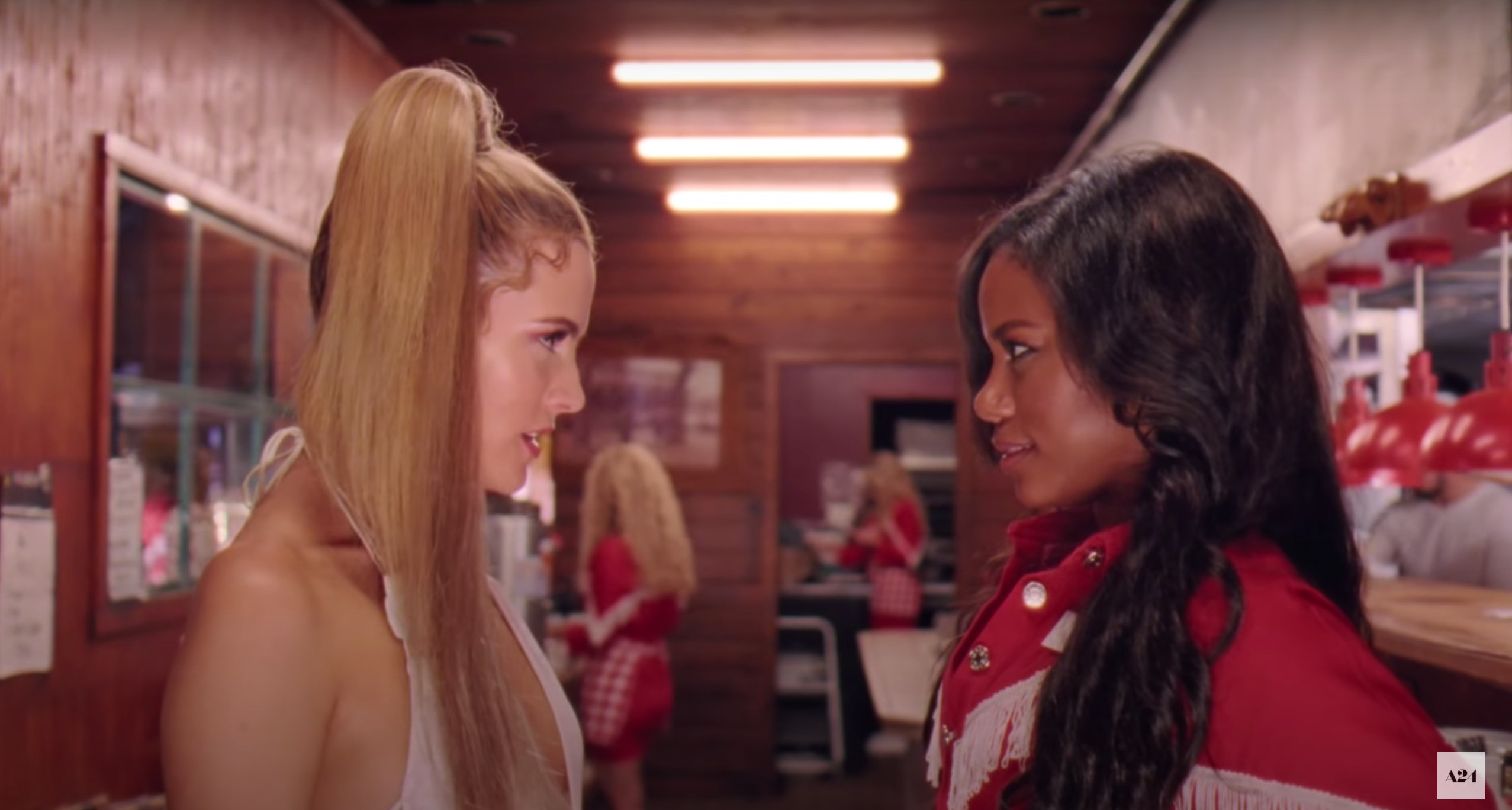 Over five years after Zola’s wild 148-tweet story about her escapades with a stripper named Jess first captivated the internet and inspired a movie, the now-iconic opening line of the Twitter thread has become a viral meme. Following the release of a Zola movie trailer on March 31, people are jumping on the story’s ~suspenseful~ introduction by creating the best "Y’all Wanna Hear A Story" Zola memes. With the highly-anticipated film slated for a summer release, it’s the perfect time to count down to opening day by sharing both fictional and real-life BFFs who’ve famously fallen out.

ICYMI, Twitter user @_zolarmoon, whose real name is Aziah King, enthralled everyone from director Ava DuVernay (who called it a "best seller in waiting") to film execs with what has now become known as #TheStory, aka an epic retelling of how she befriended a stripper named Jess and they went on an escapade-filled road trip. While the Oct. 27, 2015 Twitter thread has now been deleted, screenshots of the riveting story — including the phrase "Y’all wanna hear a story about why me & this b*tch here fell out?! It’s kinda long but full of suspense" — are still circling the internet and the storyline is the basis for a 2021 film produced by A24 and directed by Janicza Bravo. Following the drop of the first Zola trailer on March 31, people are getting back into the Zola saga and drawing inspiration from the pair’s falling out by paying tribute to other former friends, both real and imaginary.

Sharing Zola’s first line in her Twitter thread, some users took to the social media platform to share side-by-side images of friends-turned-enemies from movie and TV shows, such as Catelyn Stark and Walder Frey from Game of Thrones and Glinda and Elphaba from Wicked.

Some people also shared real-life falling outs by posting photos of Jesse Eisenberg and Andrew Garfield as Mark Zuckerberg and Eduardo Saverin from The Social Network as well as co-stars Sarah Jessica Parker and Kim Cattrall, who played Carrie and Samantha in the Sex and the City franchise.

With the Zola movie reportedly set to drop on June 30 this year, it’s the perfect time to head to Twitter to check out all the "Y’all wanna hear a story" memes and even create some of your own.