The Chase: Anne Hegerty says she ‘lost to a 12 before’

The Chase star Anne Hegerty, 62, has hit out after becoming involved in a row with anti-vaxxers over the coronavirus jab on Twitter. The quizzer, who is currently filming the Australian version of the quiz show down under, logged off after becoming infuriated with social media users, who claimed she was “dishing out medical advice”. Before logging off for the evening, the star dragged her Paul Sinha into the argument, who backed his Chase colleague and friend, before their co-star Jenny Ryan also got involved.

Because covid is much more dangerous than the vaccine

The online spat started after a social media user claimed that “hundreds of thousands of young women are being negatively impacted by the jab”.

She wrote: “It’s simple. Autism is not caused by vaccines. Vaccines are good. Get vaccinated.”

Following her reply, an anti-vaxxer responded to Anne’s comment saying that they were “disappointed” in her stance on the coronavirus jab. 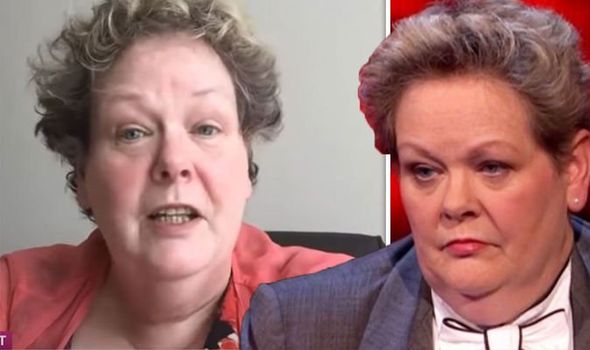 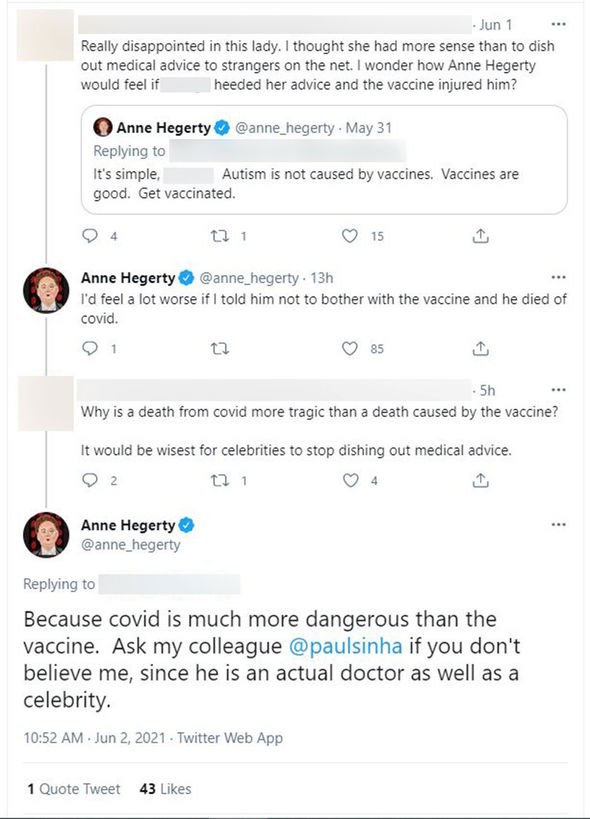 They wrote: “Really disappointed in this lady.

“I thought she had more sense than to dish out medical advice to strangers on the net.

“I wonder how Anne Hegerty would feel if [they] heeded her advice and the vaccine injured him?” she finished the tweet.

Upon seeing her response, Anne replied: “I’d feel a lot worse if I told him not to bother with the vaccine and he died of covid.” 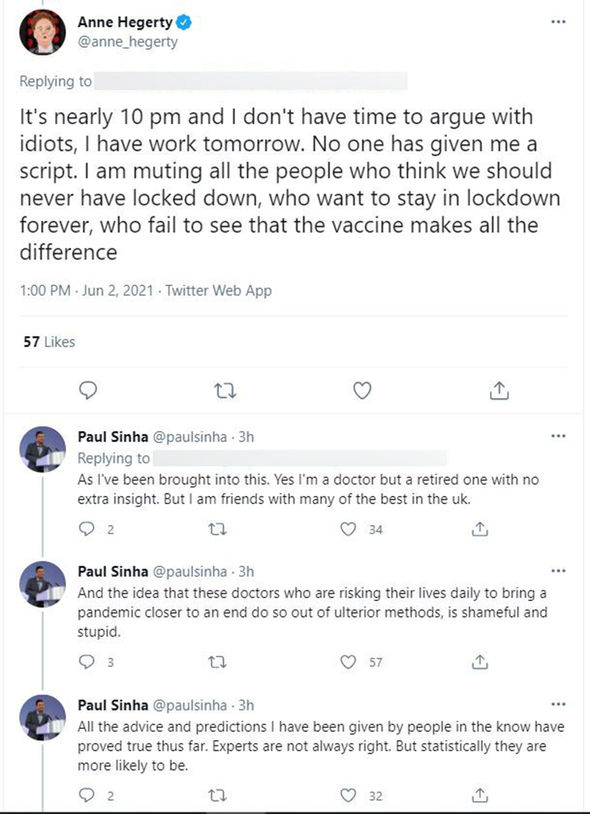 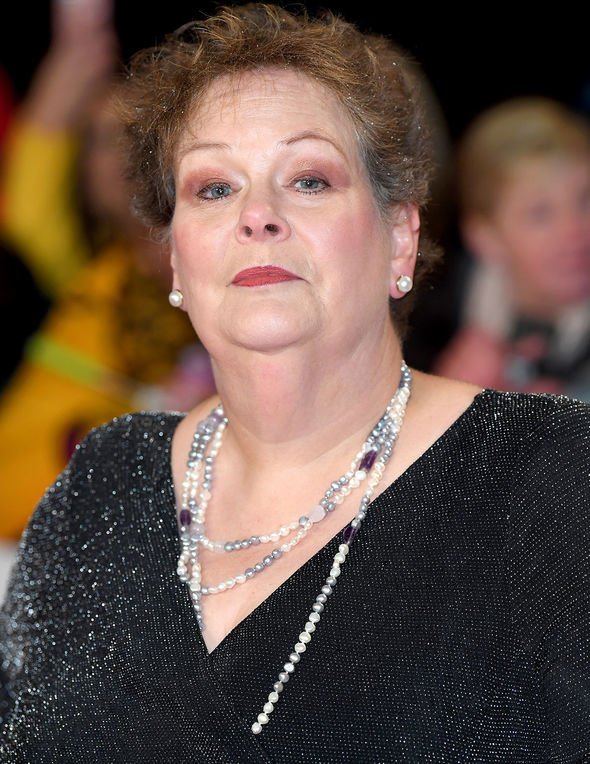 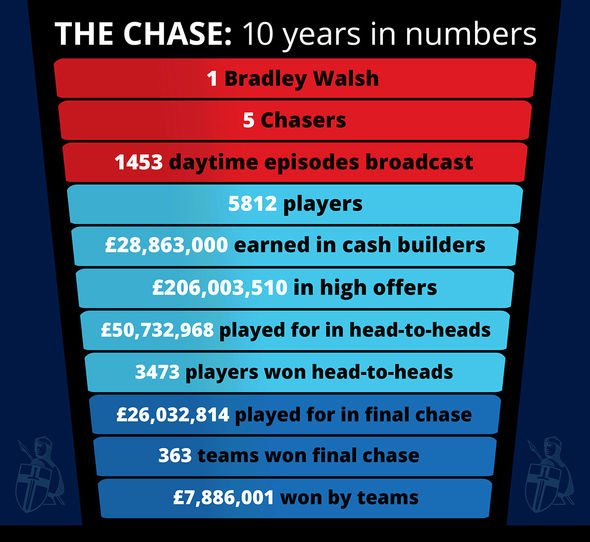 The anti-vaxxer went on to hit out at The Chase star for “dishing out” advice about the vaccine.

“Why is a death from covid more tragic than a death caused by the vaccine?

“It would be wisest for celebrities to stop dishing out medical advice,” she added.

Anne, however, was quick to make her stance on the coronavirus jab clear and even dragged in her ITV colleague Paul to back her up.

She said: “Because covid is much more dangerous than the vaccine.

“Ask my colleague @paulsinha if you don’t believe me, since he is an actual doctor as well as a celebrity.”

After a Twitter user told that star that she was “supposed to be clever”, she replied: “I am clever. Covid is bad for you. Vaccines are good for you. Conspiracy theories are bad for you.”

After more responses, Anne tweeted that she had finally had enough of “arguing with idiots” and that she was “muting” all the anti-vaxxers from her account.

The Chase’s Paul weighed in on the debate, stating that he had “no extra insight” as a “retired doctor” but backing his friend.

He said: “And the idea that these doctors who are risking their lives daily to bring a pandemic closer to an end do so out of ulterior methods, is shameful and stupid.

“All the advice and predictions I have been given by people in the know have proved true thus far. Experts are not always right. But statistically they are more likely to be.”

Addressing the idea that Anne and Chasers respond from a “script”, Paul branded the idea “laughable” before Jenny ‘the Vixen’ commented on the conspiracy too.

She quipped: “O s*** Paul have you not been getting the Celebrity Covid Script emails?? Check yr spam folder bbz xx.”