Whether it is old money or a notable surname that binds them, there's no denying that Sydney's elite bright young things like to stick together.

You’ve probably heard about the Oatleys, the Inghams, the Adams, the Symonds, and the O'Neils, not to mention racing royalty the Waterhouse family. They frequent charity galas and are regulars on the social pages, yet their relationships are far more interconnected than you might have expected. And it's near impossible for 'commoners' without trust funds, establishment names or a claim to impeccable lineage to penetrate such circles. 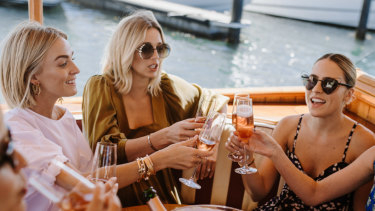 Leader of the pack is girl-about-town Nadia Fairfax, the daughter of former league and union star of the 70s and 80s, Russell Fairfax (who went on to coach Easts in 1990).

The 30-year-old grew up in Little Bay and has no connection to the Fairfax media dynasty. Instead the former champion gymnast gained her introduction to Sydney society from her well-heeled ex-boyfriend, Nick Adams. 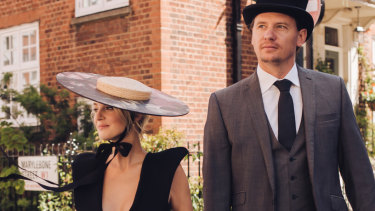 A New York-based sports media executive, Nick is a descendent of Sydney's Playfair establishment family, who were a fixture of the social pages in the 1950s and 60s (patriarch Thomas Playfair was a NSW parliamentarian and meat exporter).

Nick dated Nadia for five years before they broke up last September – by which time Nadia Fairfax was a name in her own right.

The pair continue to run in the same circles and almost crossed paths at Icebergs Dining Room and Bar earlier this month when Nick dropped in to see his cousin, P.E. Nation co-founder Claire Tregoning, who was celebrating her brand's success at Fashion Week.

P.E Nation made quite the splash at Carriageworks with its first ever solo show and the launch of a new swim range.

Also related to the handsome scion is society darling, publicist-turned-philanthropist Skye Leckie who is Nick's aunt. Meanwhile, his younger brother Luke (who lives in Los Angeles) has until recently been in a relationship with chicken heiress Tamie Ingham, the co-founder of Mara & Mine.

It’s understood Tamie, who has been based in LA, will soon return to Sydney where she will continue to build her business alongside her bestie, the newly married Mrs Jasmine Stefanovic. 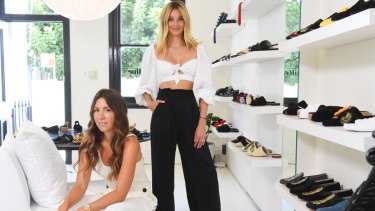 Mara and Mine co-founders Tamie and Jamsine.Credit:Nick Moir

PR maven Roxy Jacenko is also linked to the successful poultry family – she considers Tamie’s cousin Jessica 'family'. The pair met over a decade ago where all solid friendship start – at Double Bay's Cosmopolitan Shoes boutique. The duo are so close they even dated brothers: Roxy was linked to John Macris, the now deceased brother of Jess’ ex-husband Alex. Ingham is the granddaughter of the late Jack Ingham, brother of billionaire chicken farmer Bob.

Also connected to the Ingham family is Tom Waterhouse's sister in law, Rey-Hanna Vakili. The petite brunette is dating Jonny Ingham, who is Tamie's brother. A former assistant to Vogue editor Anna Wintour, Rey-Hanna is currently studying her MBA at Stanford University. 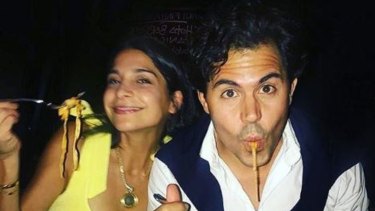 Original Sydney ‘It’ girl Kate Waterhouse and her racing dynasty brother Tom and his wife Hoda might not frequent the party scene like they used to, but the family are well and truly entrenched in society circles.

Kate is part of the clique that runs with Nadia and includes Deborah ‘Deb’ Symond O'Neil, the daughter of "Aussie John". A year ago the bubbly blonde married her prince charming, Ned, the son of wealthy property magnate and yachtie Denis O’Neil. 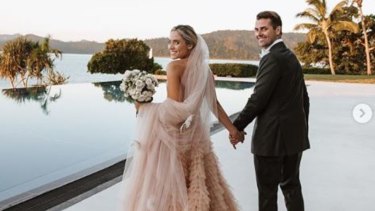 Deb and Ned tied the at Hamilton Island Qualia resort.Credit:Instagram

Roxy Jacenko even had a brief fling with Ned. The couple who celebrated their one-year wedding anniversary met 10 years ago through friends, unaware at the time that their well-known fathers are old friends.

A multimillion-dollar heiress, Deb also runs her own successful luxe boutique Mode Sportif. She enlisted the interior design expertise of her sister-in-law Poppy O'Neil when she was fitting out the Double Bay boutique. 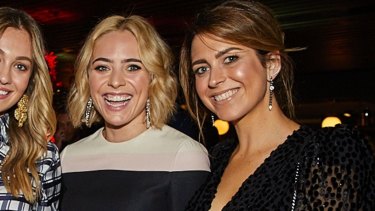 Poppy, the owner of Poco Designs, is one of the most sought-after interior designers in the eastern suburbs, transforming the Leckies' Woollahra home into a ‘Palm Springs’ paradise earlier this year.

The clique wouldn't be complete without Hamilton Island brand manager Nicky Oatley whose family also happen to own the slice of Queensland paradise. Nicky’s late grandfather and esteemed yachtsman Bob “Popeye” Oatley acquired the island in 2003 for $200 million and it served as the exclusive venue for Symond O'Neil's three-day wedding last year. 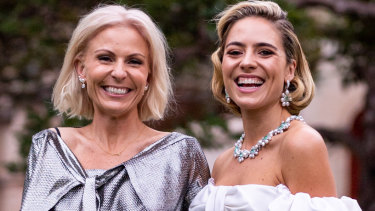