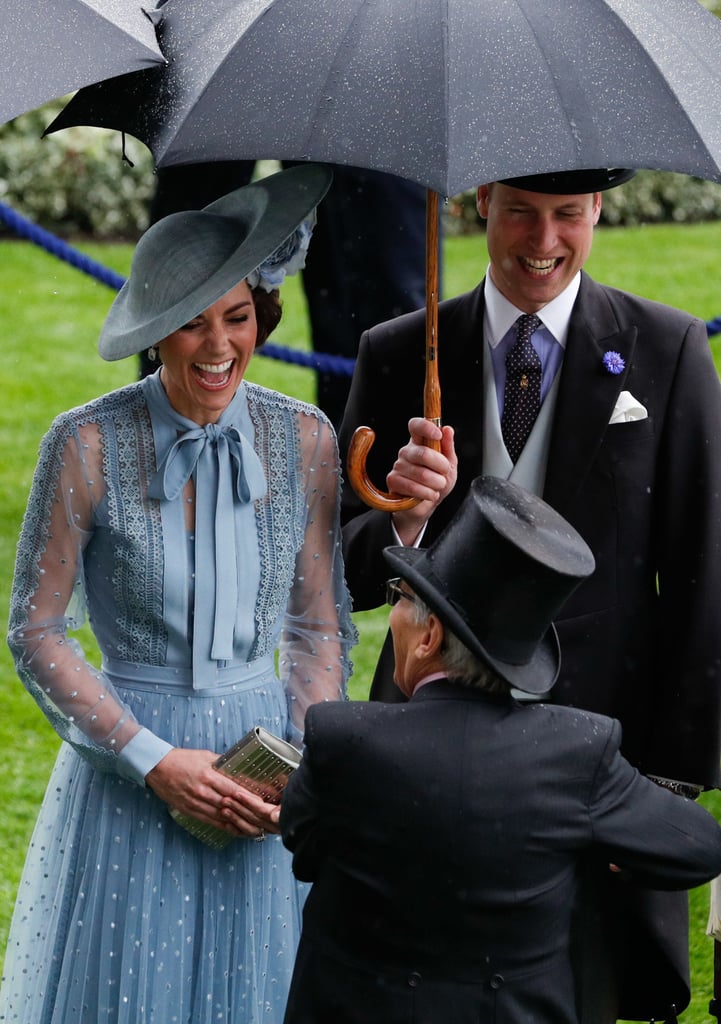 Prince William and Kate Middleton enjoyed a day out at the annual Royal Ascot on Tuesday. Along with the rest of the British royal family, they took time out of their busy royal schedule for the first day of the horse race event, which goes until Saturday.

The pair arrived at the event by carriage, riding with with Prince Charles and Camilla. Kate looked as elegant as ever wearing a cornflower blue Elie Saab dress, while William looked dashing in his top hat. Although, in typical British fashion, it was drizzling all throughout the event, the rain didn’t dampen their spirits as the couple watched the races and giggled with others. Of course, they weren’t the only royals in attendance. Queen Elizabeth II also arrived in a carriage with the king and queen of the Netherlands and race-day enthusiasts Princess Beatrice and Princess Eugenie were there ready to cheer on their favorite horses.

Although Kate and William typically only attend one day of the event, in Prince Harry and Meghan Markle’s absence, we may get a glimpse of them more than once at Royal Ascot. While Meghan is still on maternity leave after giving birth to baby Archie in May, it’s possible that Harry will still make an appearance at Royal Ascot later this week. See all of the best photos of the Duke and Duchess of Cambridge’s day out at Royal Ascot ahead.