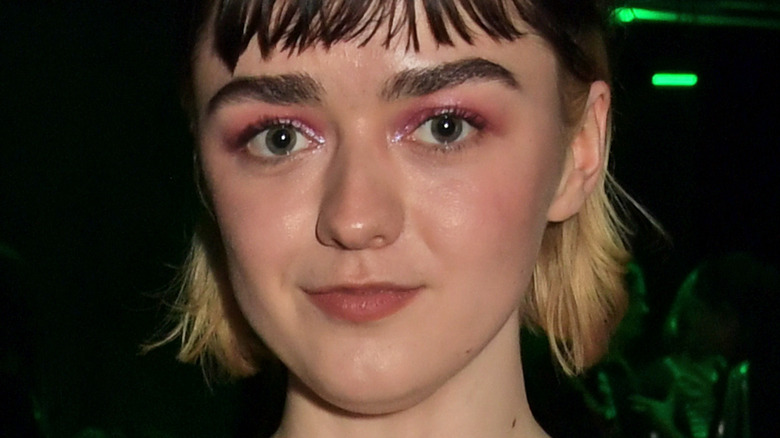 When “Game of Thrones” first aired Maisie Williams was just 14 years old. The actor played Arya Stark and, unlike many of her castmates, she saw the award-winning show all the way through to the very end. She told Rolling Stone that this meant growing up in the public eye and using her “Game of Thrones” family as a support system to navigate that. So, here’s the truth about Maisie Williams’ dating history. She’s kept her love life pretty private but over the last few years, however she has given fans insights into her relationship.

After “Game of Thrones” gained massive critical acclaim, Williams became one of the most famous faces on TV. She told the Independent that she had to “grow up really fast” and “I was really quick to understand that: these people aren’t my friends. People just want to go where the money and drama is. And I wanted to really protect myself.”

Williams has gone on to have serious success in “Two Weeks To Live” and “The Owners.” She’s steadily built up her resume has not taken a break. Reflecting on her success on Interview Magazine, Williams explained, “I’ve had such a wonderful opportunity to play amazing characters at the beginning of my career, and I’ve learned so much from the women who came before me because it’s meant that I’ve had a new and a better experience than some of them.”

Did Maisie date an influencer? 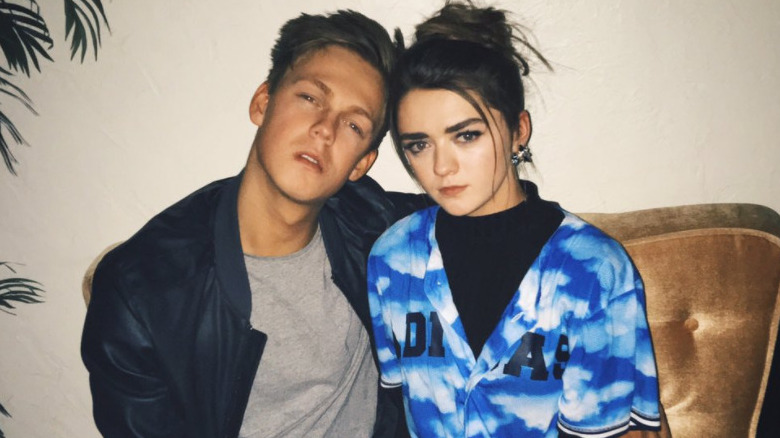 The spotlight has been firmly on all aspects of Maisie Williams’ life since she first appeared in “Game of Thrones” over a decade ago. She kept her private life out of the headlines during her time on the series. However, MTV explains that after appearing together in a series of videos over 2014 and 2015, it was rumored that Williams was romantically connected to prominent Youtuber Casper Lee.

According to MTV, the pair shared posts across Twitter and Instagram and had fans questioning whether they were together. Pop Sugar explains that as Lee and Williams appeared on each other’s social media frequently people became more invested in their friendship and possible romance.

Under a seriously fierce selfie that Lee posted on his Twitter in 2016 one fan wrote, “YOU GUYS LOOK SO HOT OMG.” Another said, “this is so perfect omg” and a number of his followers just wanted to know, once and for all whether they were officially together or not.

However, sadly for fans of the pair, it was never confirmed if their love was more than platonic. 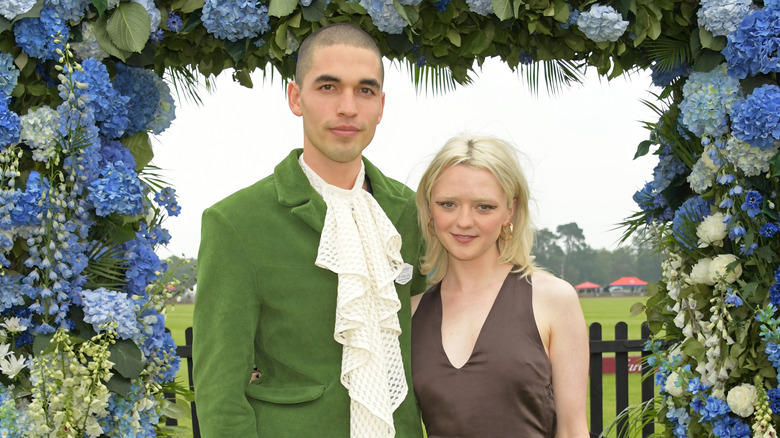 While Maisie Williams kept her relationship status under wraps for a long period, Elle explains that she went public with her current boyfriend in 2019 and they’ve been serving serious style inspiration ever since.

Tatler writes that Williams is dating  founder and creative director Reuben Selby, whoa apparently didn’t let the opportunities presented during the pandemic pass him by. He launched a fashion line and told the publication, “It’s something I knew I’d always do. It’s just been a case of how and when.” Williams has shared pictures of the two at fashion weeks and hanging out together at home. It’d seem that between them, the duo have heaps of creative talent. She told Elle that he designed her dress for the Emmys.

“I’ve always wanted the perfect custom red carpet dress — something that I feel really confident and comfortable in,” she said, “I asked Reuben if he would design something with me in mind: my height, my shape, my likes, and insecurities. He must’ve drawn up around 30 sketches, but we picked our favorite ones and it just so happened that Jonathan preferred our favorite sketch.”

Cosmopolitan notes that while Selby and Williams are Instagram official and have been seen out together on many occasions, they very much keep parts of their relationship just for them. It’d seem that, creatively, they’re a perfect match.